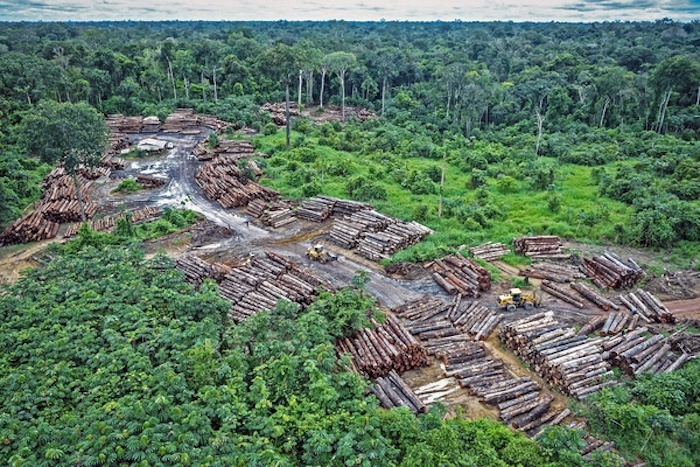 Time is ticking to stop the EU-Mercosur trade deal

The world is at a precipice. Many irreversible tipping points for the climate and biodiversity are nearing, that, if reached, would increase the number of crises faced and accelerate the extinction of life on this planet. Despite the pandemic and accompanying calls for a new social and economic order, political rhetoric has not matched the reality.

In the Amazon, deforestation has increased by 30 percent since the election of Bolsonaro in 2018, and a further 34% in the past year, where fires increased to clear the land for the expansion of agriculture.

Climate Action Network (CAN) Europe has shown that Europe is complicit, where one fifth of beef and soy exports from Brazil to the EU has contributed to the Amazonian destruction. In fact, every 3 minutes the EU imports one football pitch worth of deforestation. And the EU-Mercosur trade deal will only make matters worse.

After 20 years of negotiations, the European Commission recently concluded the deal which, if ratified, would remove tax barriers and increase quotas in 90% of goods traded between the EU and Mercosur (Argentina, Brazil, Paraguay, and Uruguay). It will gain EU market access for financial services, beverages, cars and parts, energy companies amongst others, in return allowing Mercosur countries market access for products including the main drivers of deforestation: beef, soy, and ethanol drawn from sugarcane for biofuel.

The Amazon is a vital carbon storage, slowing down the pace of global warming dramatically. But deforestation is bringing it close to a dangerous threshold, which would shrivel the lush rainforest into an arid savanna, releasing billions of tons of CO2 in the process. This would cause major shifts to the global climate. Destroying this natural habitat would devastate the region’s rainfall and agriculture, cause catastrophic biodiversity loss and uproot the livelihoods of those dependent on it, as well as increasing the likelihood of future pandemics.

The EU Mercosur trade agreement will further outsource European demand for beef to South America, pouring fuel on a rainforest already up in flames. Intensive agricultural production to clear the land has already accounted for 80% of global deforestation. There is no capacity to enforce sustainability standards in the deal, and the lack of mechanisms to trace the origin of commodities will worsen deforestation. A new report has warned that deforestation will increase by at least 25 per cent per annum if the agreement is passed, the yearly equivalent to the size of the Netherlands.

Research presented to the French government highlights the fact that the agreement is set to have a minimal impact on the real income of European citizens. The main benefits will be confined to a short-term profit for a few big corporations. This will be outweighed by the social and environmental damage with a trade deal directly undermining the European Green New Deal and failing to meet the Paris Agreement. The deal will exacerbate carbon emissions at a time when the economy urgently needs decarbonising. For the Commission to remain steadfast in supporting this deal, whilst simultaneously tabling an increase of the EU’s 2030 climate target (from 40% below 1990 levels to at least 55%), is entirely contradictory.

Not only will the EU Mercosur agreement have a detrimental impact for the climate, but it condones and exacerbates the human rights abuses of Bolsanaro’s government, including the violence on indigenous communities, minorities, and civil society. The deal does not include protection of local communities, and according to research, overlooks international frameworks, such as the United Nations Declaration on the Rights of Indigenous Peoples (UNDRIP), in the drafting of the agreement.

A test for democracies

In an era of increased nationalism and populism, there is a necessity for vibrant democracies to deal with the climate crisis. The European Union has a historical responsibility to tackle climate change and should be leading the way in protecting the living world. Instead, this trade deal undermines the EU’s credibility, setting a precedence for other countries to ignore their obligations.

Three out of four Europeans are opposed to the agreement if it contributes to deforestation and damage of the environment, according to a YouGov survey published last week. If the EU presses ahead, it would be unsupported by most of its citizens.

There is still cause for hope, however. This year has proved that unexpected and seismic shifts can take place. Recent protests have shown that public opposition is strong, planting seeds of doubt in the mind of Angela Merkel. After meeting with activists in August she expressed significant concerns over the deal. Austria, Ireland, France, Luxembourg, the Netherlands, and Belgian region of Wallonia have also indicated they oppose the deal in its current form. As the pact needs to be approved all 27 EU member states, its ratification is by no means certain. An inquiry by the EU is ongoing to assess why the Commission did not finalize an updated sustainability impact assessment prior to concluding the agreement. The findings could be decisive.

As it stands, the EU and the world are a long way off track with respect to the Paris Agreement. According to research led by Laura Kehoe, between a quarter and two thirds of all greenhouse gas emissions and deforestation are embodied in global trade flows. Trade deals can fuel human rights abuses, biodiversity loss, displacement and shifts in the climate. The EU Mercosur deal would follow this trajectory. But Laura argues that this is not the only way. Trade agreements could also deliver sustainable development as an underlying objective, contingent on commitments to the Paris Agreements. Mechanisms and guarantees could be strengthened to protect human rights and environment defenders, with greater transparency in the negotiation process and support from different sections of society.

Respect for the environment and for human rights, including that of indigenous communities, ought to be the basis of deals, not added as an afterthought. As Brazil’s second-largest trading partner, the EU has a responsibility as well as negotiating power to address these injustices. It is time for Europe to choose whether it wishes to incentivise the destruction of the planet, or halt it instead.