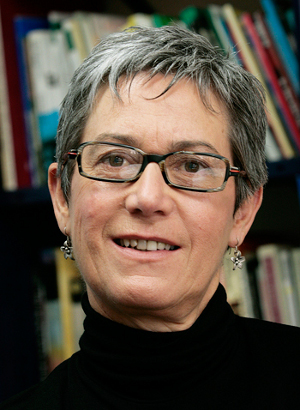 The next round of secret talks to negotiate details of the Trans Pacific Partnership Agreement will be held soon in Peru.

The agreement has been negotiated in secret since March 2010 by the US and eight other countries; Washington is attempting to force the others to accept it.

The TPPA has one aim, to ensure that big American multinationals are able to make more money out of the eight countries — Peru, Malaysia, Australia, Chile, Vietnam, New Zealand, Brunei, and Singapore — which are part of the negotiations.

Despite the secrecy, there are some intrepid souls who are mounting opposition. One of those in the forefront of creating awareness about the perfidious nature of the agreement is Jane Kelsey (pictured), a professor of law at the University of Auckland and a long-term academic activist in the area of free trade and investment agreements.

A website called TPP Watch is trying to create awareness about the deal and Professor Kelsey often issues media releases which are posted on the site.

Given that a major part of the agreement is built around IP and copyright, the outcome is of great interest to those in the field of technology. The draft text of the IP part of the deal was leaked on the web in February and a group in New Zealand, NZRise, has been formed to focus on the deal’s downside for the IT industry.

Professor Kelsey says that the TPPA is the latest and potentially most invasive of these agreements in terms of domestic policy options. "It has particular interest in New Zealand because it would effectively be a FTA with the US," she told iTWire during an email interview.

iTWire: Richard Stallman, the founder of the Free Software Foundation, is quoted as saying that government is, these days, of the people, by the flunkeys and for the corporations. The talks for the TPPA appear to bear this out. Would you agree?

Jane Kelsey: There is no doubt that the major corporations are driving the TPPA agenda and seeking binding rules that guarantee them influence within domestic decision-making processes and enforcement powers outside national courts if governments act against their interests.

iTWire: Simply put, what is the TPPA? How does it differ from an ordinary trade deal? And are countries involved by choice or are they being pushed into it?

JK: The proposed TPPA is far-reaching on several levels. It is important to understand that it is not about "trade" as traditionally understood. Its advocates call it an agreement for the 21st century. That does not mean addressing the challenges of the 21st century — climate change, financial instability, resource scarcity, job insecurity, inequalities — but removal of constraints on economic integration and seamless commercial transactions.

They also say it aims to go further behind the border than any previous agreement, which means imposing "disciplines" on the processes through which governments make decisions and giving preference to pro-market principles when they do regulate.

A third important objective is to create a "gold standard" agreement, mainly among countries that are already highly liberalised, as a platform for a Free Trade Area of the Asia Pacific. That goal is not just economic — it seen as a way of counter-balancing China’s influence in the region and ensuring the US has influence. Other APEC countries will come under pressure to join the TPPA if the negotiations conclude. That may not happen — there has been resistance in the past to such an agreement because the Anglo-American model that the TPPA would follow is not favoured by many Asian countries, especially when the US and its corporations are at the core.

iTWire: There are descriptions of the TPPA being the Multilateral Agreement on Investment on steroids. Can you give a little background about the MAI as most people have forgotten about it?

JK: The negotiations for a Multilateral Agreement on Investment took place in the OECD from 1995 to 1998, when they collapsed. They were described as creating a bill of rights for transnational corporations. The secret text was leaked, which allowed detailed analyses and generated a furore over the implications for sovereignty, democracy, indigenous rights, social and economic justice, culture, and much more. There was a co-ordinated international campaign that impacted directly on the negotiations as the governments involved were under the spotlight and became more cautious.

Activists from the South also objected to rich capital exporting countries making global rules to benefit their own corporations, which their governments would be invited to sign up to. Ultimately the French government pulled the plug. Many of the most outrageous elements of the MAI have been appearing routinely. The TPPA is the MAI on steroids.

iTWire: Is the TPPA sufficiently on the radar to become an election issue in New Zealand?

JK: Sadly not — rugby continues to dominate the media. The only hard news stories centre on the environmental devastation from the Rema and credit rating downgrades. Both of them are related to the TPPA but that’s not a bit hard for journos to connect to. There is a general awareness of the issues, especially the implications for Pharmac, investor-state disputes and the secrecy surrounding the negotiations,and coverage occurs sporadically, but more has to be done to put the major political parties on the spot.

iTWire: New Zealand has a scheme called Pharmac, similar to the Pharmaceutical Benefits Scheme in Australia. Can you detail some of the benefits that Pharmac provides to New Zealanders?

JK: Pharmac has a similar goal to PBS of providing cost-effective access to medicines through a subsidy scheme. The big drug companies don’t like it because they have little bargaining power. Hence the attacks on Pharmac are centred around "transparency" and "due process", meaning Big Pharma wants more influence over the formularies and processes Pharmac uses.

iTWire: To your knowledge, is any grouping in Australia doing anything similar to what TPP Watch is doing in New Zealand?

JK: The Australian Fair Trade and Investment Network is a network that includes major unions, faith and social justice groups, environmentalists and other community organisations, which has a long track record of coordinating education and advocacy around free trade and investment agreements. They did great work around the Australia US FTA. Their website has lots of resources.

iTWire: When the US FTA with Australia was negotiated, there was a get-out clause — either country could drop the deal by giving the other six months notice. Is there any such clause in the TPPA?

JK: No-one will know what kind of clauses are in the agreement until it is signed! Even when treaties include exit clauses they need to be understood in their political context. The need to get US Congressional approval gives the US Trade Representative enormous leverage, including threats to pull the plug if they can’t get a deal through the Congress. But it would be almost unthinkable that an Australian or New Zealand government would walk away from a text that it had signed off on indicating that it thought it was a good deal for the country.

iTWire: Again, for the benefit of those who have forgotten can you detail what happened between Warner Bros and the government and how it ties in to this deal?

JK: Warner Brothers threatened to take the filming of the Hobbit to Eastern Europe unless the New Zealand government changed our labour laws to overturn a court decision that treated certain workers as employees rather than contractors and provided a massive additional subsidy. The government amended the employment law under urgency and provided a further $34 million subsidy at a time when it was insisting on fiscal discipline and cutbacks to social expenditure.

iTWire: The NAFTA provides several examples of how deals like the TPPA can be bad for the countries involved. Why, in the face of such evidence, are countries still trying to hang themselves?

JK: Governments are on a merry-go-round that seems to have a life of its own. The "me too" syndrome reflects a concern about being left behind. It is almost a Pavlovian response. Rather than asking whether the collapse of the Doha round negotiations, or the contagious instability of globally integrated finance, or the food crisis indicates the need to rethink the global free market paradigm, they are looking for new ways to extend it.

But we also have to ask how well prepared we are to promote alternatives. The meltdown in Europe at present suggests we will face some very socially and economically destructive situations unless we confront these realities. Sometimes it’s just easier to go with the flow and keep living on credit because the alternative is too unpleasant to contemplate.

iTWire: How can the ordinary man on the street — the one who may end up paying twice as much for medicines and being unable to watch anything other than American content on TV — help to prevent his freedom being mortgaged by politicians?

JK: By becoming involved. For Australians the best starting point is to contact AFTINET and discuss ways to develop local campaigns that can help generate a groundswell. There are examples of successful campaigns in the past — the MAI, discussed above, but also the Free Trade Area of the Americas, the Doha round and many of the proposed FTAs between Asian countries and the US. It all has to start somewhere — and we all have a role to play.