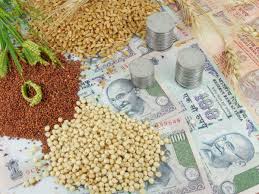 Trade deal with US unlikely before November presidential elections : India By Kirtika Suneja

The India-US mini trade deal is unlikely to see the light of day before the presidential elections in the US in November, officials said even though New Delhi has made a proposal on a limited trade package and shared it with Washington.

India has sought 100% restoration of benefits under the Generalized System of Preferences (GSP) scheme and duty concessions for some agricultural products.

““We are not optimistic about the deal happening before November. We understand their compulsions and the timeframe is tight,” said an official.

The two aim for a free trade agreement (FTA) in the long run and have been working on an initial trade deal for almost two years amid a plethora of bilateral issues ranging from medical devices, agriculture, Harley Davidson motorbikes, e-commerce, totalisation pact, visa issues and disputes at the World Trade Organization.

Washington is keen on a deal ahead of its presidential elections in November and had indicated that an initial deal could include restoration of the GSP benefits to India and market access for each other’s agricultural products. The two sides had a conversation about the deal last week as well.

“Full restoration of GSP is our key demand and we have also pitched for market access for some agricultural products,” the official added.Washington had in 2018 withdrawn the GSP benefits- a sort of quota for each developing country at zero or low duty- for more than ten countries including India.

Under the GSP, the country had exported goods worth $6.3 billion(as per USTR figures) to the US, accounting for around 12.1% of India’s total export to the US in 2018. The average duty concession accruing from GSP was almost $240 million in 2018. India’s exports to the US in the first quarter of FY21 were $8.13 billion while imports were $5.24 billion.

Agriculture is another ask for India and it is keen to get market access for its mangoes, pomegranates and grapes. The sector is of equal interest to the US and it has sought lower duties for its apples, pecan nuts, walnuts, almonds and soya bean.

Besides, New Delhi has demanded exemption from high duties imposed by the US on certain steel and aluminium products while the US has sought market access for its medical devices, and lower duties for certain ICT products. ICT products are not part of the proposed package. It has also sought duty concessions on poultry and various dairy products including milk powder in the bilateral trade deal negotiations.