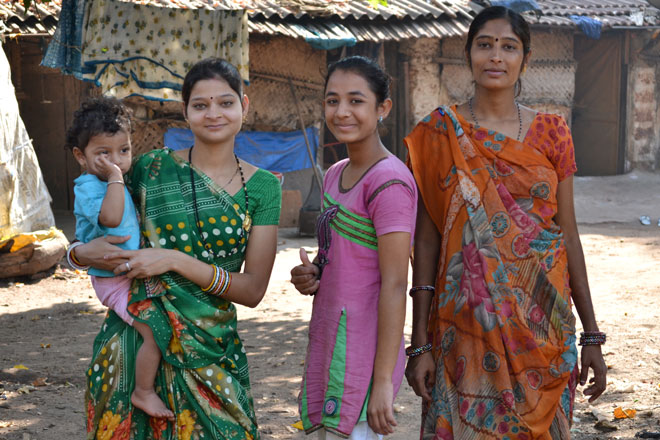 Trade agreements must take into account the concerns of the millions of women who earn their living off the land in developing countries, participants said at a meeting held during the 62nd session of the Commission on the Status of Women at the United Nations in New York organized by UNCTAD and the Asia Pacific Forum on Women Law and Development (APWLD).

“Across developing countries, agriculture remains the most important source of employment for women, particularly in the poorest countries: about three quarters of employed women in the least developed countries work in agriculture,” UNCTAD Deputy Secretary-General Isabelle Durant said at the 13 March event.

“Rural women, however, continue to face gender-specific challenges and discrimination in rural labour markets,” she said.

According to UNCTAD estimates, in approximately half of the least developed countries for which data is available, the poverty-to-headcount ratio in rural areas is two to three times that in urban areas. This pattern of deprivation is reflected in a wide range of socioeconomic welfare indicators.

APWLD regional coordinator Misun Woo confirmed this and said that global poverty is concentrated in rural areas where almost half the world’s population lives. Yet, she said, rural populations have very little say when it comes to public policy.

Ms. Woo said that trade agreements can interfere with traditional agrarian practices around seeds which often are safeguarded and managed by women. Trade and investment agreements also may come with clauses, such as the investor-state dispute settlement mechanism, which expose states to the risk of being sued even when they are implementing environmental protection policies.

As a result, the initiatives for policies that will improve labour rights and protect the environment are dropped while governments get embroiled in closed arbitration which, if they lose, will cost millions in public funds.

She said that labour unions and civil society organizations were invited to the table when trade negotiations were already advanced, and it is often very difficult for them to make a meaningful contribution.

“What could a new, fair trade model look like?” she asked, suggesting that if trade agreements were transparently negotiated, the public would know what was at stake and governments in turn would be accountable to their citizens.

Trade agreements have the potential to be empowering if they are structured in a way that complements human and labour rights, she said, highlighting noticeable progress in some recent deals.

For example, Canada and Mercosur, the South American trade bloc, were negotiating a trade agreement that is intended to include a trade and gender chapter.

“We hope this is an opportunity to make a truly progressive trade deal,” Ms Clarke Walker said.

Trade and gender chapters have been included so far in two free trade agreements – between Chile and Canada, and Chile and Uruguay – with the latter opening the way to this style of new-generation trade deal. The Deputy Permanent Representative of Chile to the United Nations in New York, Carmen Dominguez – who moderated the event – added that such innovations often came from the global South, with civil society organizations contributing to the change.

Several participants felt that although progress is taking place and the trade community is more aware of the differentiated impact of trade on women and men and of the need to address the specific constraints women face, the pace of change is too slow – and the steps taken are too timid.

She said that the objectives included making trade inclusive (of women-owned and micro, small and medium-sized enterprises) and sustainable (in that it should not deplete resources).

“I am not a cynic,” she said. “I believe that collective action can help us make progress,” pointing to a declaration on trade and women’s economic empowerment signed by 122 members of the World Trade Organization at its 11th ministerial conference in Buenos Aires, Argentina in December 2017.

She said that a plan of action had been put in place to implement the commitments in the declaration and a list of good practices on how to make trade more gender-responsive will be available to members hopefully at the next ministerial meeting of the WTO in 2019.

However, not all problems can be solved through trade policy and trade agreements, Ms. González said. Providing rural women with adequate access to land, finance, education and training, and market information is an issue that should be solved through coordinated economic and social policies at the country level.