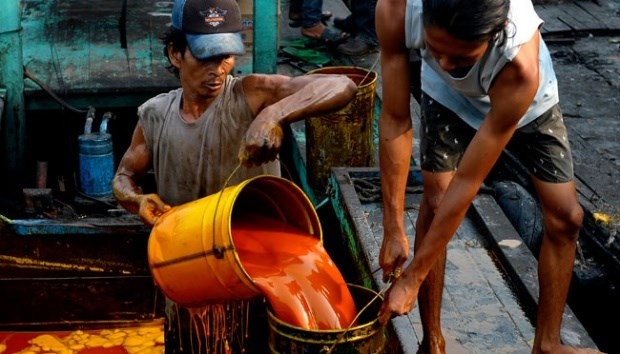 Trade Minister plans to retaliate to EU ban on CPO

During the one-hour talks, Enggartiasto asked VP Kalla for permission to retaliate to countries barring the use of Indonesian CPO. “If they are insistent, as a member of the negotiation team I ask for permission to have that mandate,” he said at the vice presidential office in Jakarta on Monday, April 9, 2018.

Besides the European Union, he added, the Norwegian parliament had also declared a ban on government procurement CPO. Enggartiasto, however, said he had made a counter-threat. “I said we would also ban their fish,” he said.

Enggartiasto went on to say that Indonesia had been purchasing airliners from plane-makers Airbus and Boeing, and that it was possible Indonesia would cease buying airplanes from both should their countries of origin ban Indonesian CPO.

Hence, Enggartiasto planned to ask Malaysia to make joint endeavors against the EU-US threats, given both nations’ status as the world’s largest CPO producers. “That’s why the ambassador is also asked to communicate with Malaysia, allowing for their present demission status for the next one month, pending results of their upcoming elections. We have to take immediate, necessary steps so everything can proceed without a hitch.”

Enggartiasto said he had yet to make any calculation on possible losses Indonesia would sustain should the EU bar the use of biodiesel in 2021, but was sure of its huge impact as CPO and its byproducts were the country’s top exports only after coal. “If those [exports] are disturbed, we are all disturbed. We don’t want them disturbed. If we are disturbed we can also disturb you back. It’s that simple.”