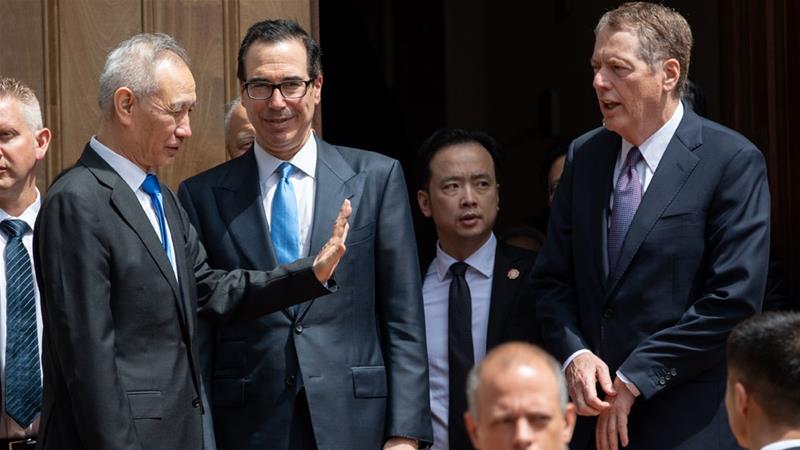 Trade war: China to travel to US on January 13 to sign phase one deal

China’s trade delegation tentatively plans to travel to Washington for four days from January 13 for the signing of the phase one deal that would herald a truce in the costly trade war between the world’s two largest economies, a source briefed on the matter has told the South China Morning Post.

Led by Vice-Premier Liu He, the delegation had originally planned to set off earlier in the month but had to change their travel schedule after US President Donald Trump sent a tweet on New Year’s Eve claiming that he would sign the deal with “high representatives” from Beijing on January 15 in the White House.

While the two sides had been expected to wrap up their phase one negotiations by January, the Chinese side had not expected Trump to make a unilateral announcement about the date, or to say that he would be willing to sign the deal -even if President Xi Jinping was not available.

After a full afternoon’s discussion, the Chinese side decided to revise their plan to accommodate Trump, and will return to China on January 16, although Washington and Beijing have yet to officially confirm Liu’s visit.

The back-and-forth in nailing down details of the signing ceremony reflects the differences in how Beijing and Washington view the deal.

Trump is trying to take full credit for the phase one deal as a major “win” for the US and for himself, but the Chinese, although eager to sign the deal to ensure stability, have been less inclined to make a major show of it.

A person in Washington who is familiar with the bilateral relationship said the change was understandable given Trump’s desire to get political capital from the China deal.

“I can’t think of a single instance where Trump, if he can get credit, didn’t take it,” the person, who declined to be named, said. “It was always going to be the case that Trump would decide how the thing’s presented and where and what his role is … and the Chinese would obviously defer to that.”

US trade representative Robert Lighthizer said on December 13, after the two sides reached an interim deal, that officials from both countries would sign the phase one trade deal “in the first week of January”.

The Chinese side did not officially say when they hoped to sign the deal, but vice finance minister Liao Min told a late night press conference in Beijing on December 13 that signing the phrase one deal was a “priority”.

Trump said before Christmas that he would have a signing ceremony with Xi to confirm the deal, according to Reuters.

“We will be having a signing ceremony, yes,” Trump said. “We will ultimately, yes, when we get together. And we’ll be having a quicker signing because we want to get it done. The deal is done, it’s just being translated right now.”

But there was little sign that the two leaders were going to meet and Chinese state media has suggested that Xi did not intend to sign the deal in person.

The English-language version of Global Times, a newspaper affiliated with the party mouthpiece People’s Daily, quoted Gao Lingyun, from the Chinese Academy of Social Sciences in Beijing, as saying last week that China values the essence instead of the format of the deal.

“As long as the agreement is legally binding, does it really matter if it is signed in China or the US, or signed by the leaders of the world’s two largest economies?,” Gao said.

“There’s no big difference in fact as long as both sides bury the hatchet and get back on a normal track.”

Trump’s tweet also said that he would be visiting Beijing at a “later date” once the phase one deal was signed to kick-start talks on the next phase.

The Chinese government has not confirmed that Trump will visit China any time soon.

Asked last month when the phase two talks would start, Liao said any negotiations about a phrase two deal will be decided by the implementation of the first phase.