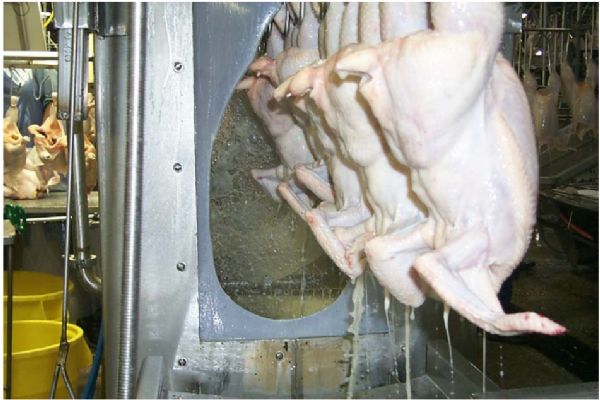 The last big attempt to formalise bilateral relations – the Transatlantic Economic Council launched in 2007 – became snarled in a near-farcical dispute over an EU ban on the US slaughterhouse practice of using chlorinated water as a disinfectant for chicken meat.

By Alan Beattie in Washington and Joshua Chaffin in Brussels

In particular, political imperatives in the EU – with economic policy makers desperate to show they have ambitions beyond merely firefighting the eurozone crisis – have shifted in favour of pushing for a deal.

“The stars are almost aligned,” says Greg Slater, director of global trade policy at Intel, the chipmaker. The US and EU “have the opportunity to try to set the gold standard” in areas such as intellectual property protection, he says, which emerging markets like China and India would then have to respect.

Yet the deal faces complex challenges. Trade policy has moved from focusing on simple import tariffs on goods – already low for most transatlantic commerce – to often complicated “behind-the-border” domestic regulation. Technical standards, not tariffs, are the biggest barriers to integrating fast-growing US and European markets such as pharmaceuticals, medical services and advanced electronics.

The EU and US already co-operate on standards for electric vehicles, for example, but retain separate safety regimes for conventional cars. Indeed, highly technical disputes have bogged down transatlantic trade in areas as simple as basic foodstuffs.

The US Chamber of Commerce says a pact would encourage officials to agree ways of co-operating and assessing the impact of their regulations, rather than leaping in and trying to harmonise individual sectors.

“The aim in many instances is not to drive immediately for full regulatory convergence but to try to make sure that regulators on both sides of the Atlantic are making decisions with their eyes wide open,” says Sean Heather, vice-president of the chamber’s centre for global regulation. “The idea that negotiators are going to sit down with a big list and say: ‘We’ll give you that if you give us this,’ is probably not going to work for most regulations.”

Yet even agreeing an approach on convergence confronts bureaucratic and philosophical barriers. Regulation in both economies is frequently divided among different agencies, some jealous of their independence and unused to considering international implications.

The White House, for example, has an Office of Information and Regulatory Affairs, which tries to make cost-benefit analyses of administrative decisions. But many federal agencies, such as US financial regulators, answer instead to Congress, while some sectors such as insurance are regulated by individual states. One of the main reasons for a trade deal to enshrine regulatory co-operation is to ensure that Congress, which has to approve all international trade pacts, has signed up to the idea, Mr Heather says.

In the EU, the rising power of the European Parliament means that treaties with regulatory implications can no longer be pushed through quietly by the commission and member states. July’s rejection of the international Anti-Counterfeiting Trade Agreement – to the surprise and dismay of the music and movie industries – revealed parliament’s willingness to assert its independence and listen to domestic campaigners rather than fall into international line.

Beyond the turf wars there are deeper philosophical differences. “There are serious concerns in the US business community that differences between American and European approaches to regulation are being underestimated,” says Shanker Singham, a lawyer at Squire Sanders in Washington who sits on a US government trade advisory committee.

EU law, for example, enshrines the “precautionary principle” which, its critics say, discourages new products by placing upon them the burden of proof that they do not harm human health or the environment. “There is already a large body of regulation from which American businesses have suffered,” Mr Singham says, pointing to the EU’s Reach directive on chemicals and to restrictions on genetically modified food.

Visiting Washington recently, Martin Schulz, president of the European Parliament, warned: “We have differing takes on food safety, consumer protection and environmental standards that are deeply rooted in our cultures.”

Mr Singham says: “There is a lot of suspicion about entering into a regulatory agreement with the Europeans if they are simply going to ignore it when it comes to a dispute. Any tendency to assume that Europeans are basically the same as Americans when it comes to regulation and the market economy elides a lot of differences.”

Trade talks between the US and EU generally start with high-flown rhetoric about economic growth and commercial freedom, write Alan Beattie and Joshua Chaffin. But they frequently descend into highly technical squabbles – for example, about whether each other’s food is safe to eat.

The last big attempt to formalise bilateral relations – the Transatlantic Economic Council launched in 2007 – became snarled in a near-farcical dispute over an EU ban on the US slaughterhouse practice of using chlorinated water as a disinfectant for chicken meat.

Despite the EU’s own Food Safety Authority saying there was no evidence that such chemical treatment was harmful, member states – under pressure from their own chicken farmers and worried consumers – declined to lift the prohibition.

The US has long complained that its top agricultural exports are largely kept out of the EU because of hygiene standards. Washington has informally been looking at similar issues as test cases for European political will to drive through regulatory changes before agreeing to launch trade negotiations.

The EU has recently moved towards complying with two such requests – accepting imports from the US of live pigs and of beef carcasses sterilised using lactic acid – and is looking at a third, the use of animal fat as a feedstock for biofuels.

“The really tricky and emotional issues are on phytosanitary standards, like GMOs [genetically modified organisms] and hormone-treated beef,” one EU official acknowledges. The official notes the need to balance a more cautious European approach to such matters against the temptation of using them as a means of protectionism.