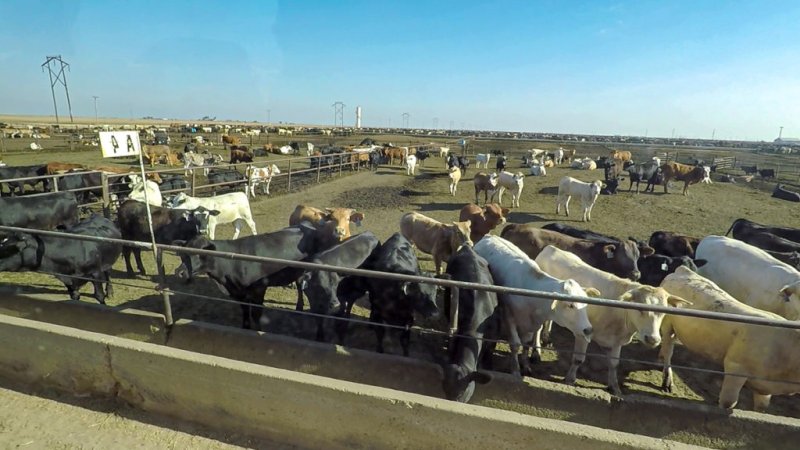 President Donald Trump has hailed a new trade agreement with the European Union on Friday which will significantly increase US access to European beef markets.

The EU has agreed to increase the quota allocated to US beef exporters to 35,000 tonnes a year. The total quota of non-hormone-beef permitted to enter the EU market will remain unchanged at 45,000 tonnes.

The deal, which must be approved by the European Parliament, will give the US a guaranteed share of the quota which will be rolled out over a seven-year period.

Speaking at a press conference in the White House, Mr Trump said America had “the best beef in the world”.

The announcement comes a year after President of the European Commission Jean Claude Juncker and the US president met in the White House for talks which were largely seen to have averted a major escalation in US-EU trade tensions.

But Washington has threatened to impose tariffs on European car exports, due to what it sees as an unfair trade balance between the two blocs.

“Today is about delivering real, positive tangible results” for the EU-US trading relationship, he said, which he described as “the strongest biggest, relationship in the world”.

He said the agreement will double the amount of beef US farmers can export to the EU, noting that it was a “great day for American farmers, a great day for European consumers”.

Senator John Hoeven welcomed the agreement for American ranchers, stating that the US produces the “best quality beef anywhere in the world”.

Earlier this week, Minister for Agriculture Michael Creed announced a €100 million support package for beef farmers. The scheme, which will be made up of funds from the EU and the Irish exchequer, will open from the third week of August.

Under the scheme, beef farmers can claim aid of €100 per adult cattle slaughtered, for up to 100 cattle per herd, between last September and May.

Farmers can also claim € 40 per suckler cow that calved over the course of last year, for up to 40 sucklers per herd.

The Irish Farmers’ Association (IFA) criticised the agreement and claimed it was another example of beef farmers being sacrificed for other sectors.

“The EU has reallocated most of the non-hormone quota to the US and given the South American countries that had this quota an additional 99,000 tonnes of extra quota in the Mercosur deal,” said Mr Woods.

Mr Trump has significantly escalated global trade tensions over the past year, announcing a fresh round of tariffs on China on Thursday. The US president announced that a tariff of 10 per cent on $300 billion worth of Chinese imports would come into effect from September 1st. This is in addition to a 25 per cent levy already imposed on $250 billion worth of Chinese goods coming into the US.

Though the US economy is continuing to perform well, underlined by strong job numbers, this week the Federal Reserve cut interest rates for the first time since 2008, citing concerns about trade tensions.