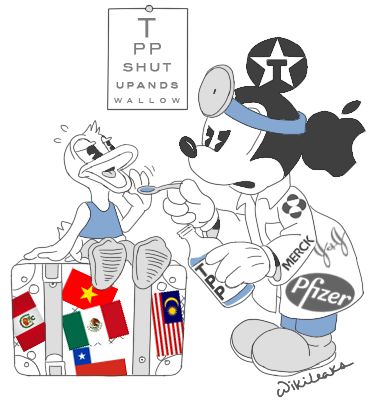 Robert Lighthizer, the U.S. Trade Representative nominee, told senators at his confirmation hearing that Trump chose him because of his trade enforcement background.

"I expect that we’re going to have a very rigorous enforcement policy," Lighthizer told the Senate Finance Committee. "This will be the point of emphasis."

Lighthizer said he would bring as many trade enforcement actions as can be justified under World Trade Organization rules, bilateral trade agreements and U.S. trade remedy laws.

As a deputy USTR in the 1980s, Lighthizer, 69, negotiated Japanese import quotas. As a veteran trade lawyer in more recent years, he pursued dozens of anti-dumping and anti-subsidy cases against imports of steel and other products.

Lighthizer said he would seek to increase trade while making it "freer and fairer" to the benefit of U.S. workers, farmers, ranchers and businesses.

An outspoken critic of China, Lighthizer said Beijing’s industrial policies have supported vast amounts of "uneconomic" production capacity that would not survive without state support. He said this was particularly true in the steel and aluminum sectors, leading to the dumping of products into U.S. markets.

Lighthizer told senators that he would engage with China in multilateral forums to reduce that capacity, but said trade enforcement actions may be more effective by raising the costs of keeping such factories alive.

"It has to be more difficult for them to maintain non-economic capacity, and that means enforcing our trade laws, and it means encouraging other countries where they can ship their products to enforce their trade laws."

Lighthizer said he believes China was a "substantial currency manipulator" in the past, but that it was unclear if Beijing was continuing to do so.

The comment was in line with more neutral statements on the subject from Trump administration officials more recently after the president threatened during his campaign to declare China a currency manipulator.

In renegotiating the North American Free Trade agreement with Canada and Mexico, he said it was important not to lose gains in agricultural exports to those countries while encouraging more production to return to the United States.

Regarding Canada, he said finding a solution to a long-running trade dispute over softwood lumber would be his top priority.

Lighthizer said that if confirmed, he would have the USTR’s full statutory powers and would play a lead role to "sort out" U.S. trade policy, working closely with other agencies.