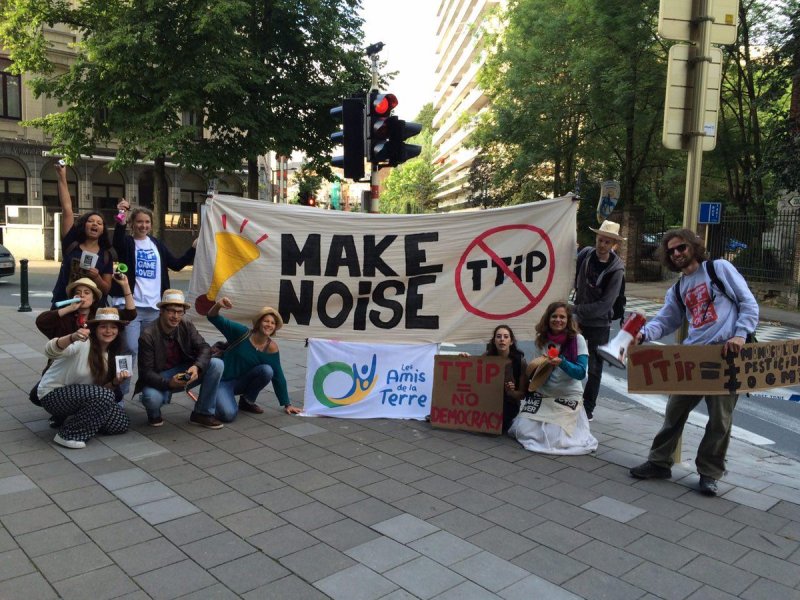 The United States could strike a free-trade agreement with the European Union after President Donald Trump warmed to a deal with the bloc, the Times reported on Saturday, quoting sources from both sides of the discussion.

Post-Brexit Britain would be pushed behind Europe in the race to secure a U.S. deal after Germany’s Angela Merkel persuaded Trump that talks on a deal would be simpler than he thought, the newspaper said.

Britain will not be free to agree new trade deals until it has left the EU in 2019.

A source close to the White House was quoted as saying that there had been a "realisation" in the Trump administration that a trade deal with the EU - allowing the tariff-free exchange of goods and services - was more important to U.S. interests than a post-Brexit deal with Britain.

"Ten times Trump asked her (Merkel) if he could negotiate a trade deal with Germany," the newspaper quoted a senior German politician as saying.

"Every time she replied, ’You can’t do a trade deal with Germany, only the EU’," the politician said. "On the eleventh refusal, Trump finally got the message, ’Oh, we’ll do a deal with Europe then.’"

Trump, who has repeatedly criticised the EU, had welcomed Britain’s 2016 vote to leave the bloc and said he would work hard to get a quick bilateral trade deal done.

But German Finance Minister Wolfgang Schaeuble said on Friday he was optimistic a U.S.-EU trade deal could be reached soon after he met his U.S. counterpart in Washington.

He said he had seen a relaxation in the dispute with the U.S. over trade and believed a "non-confrontational solution" would be reached when financial leaders of the world’s 20 top economies meet in Hamburg in July under Germany’s presidency.

Any quick deal between the U.S. and Europe could come as a blow to British Prime Minister Theresa May who had hoped to win a promise of deeper trade ties when she became the first foreign leader to meet Trump in office in January.

Trade became a major issue during the Brexit campaign when the then-president Barack Obama said Britain would go to "the back of the queue" for a deal if it voted to leave.

The comment was denounced as meddling by those campaigning to leave the bloc, who argued that Britain would be free to negotiate quick trade deals with major economies around the world once it had left the bloc.