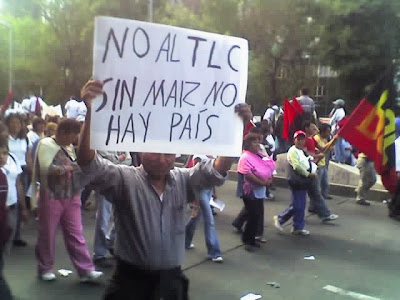 Trump will renegotiate our trade deals. Will it really be on behalf of workers? By Greg Sargent

It has been widely speculated that Donald Trump is going to forge ahead with his campaign vow to renegotiate our trade deals. Trump has said his choice for U.S. Trade Representative, who advocates for a tougher stand towards China, will be charged with doing this. Trump transition advisers have said he will seek to renegotiate the North American Free Trade Agreement.

So here’s the question: If this happens, will Trump actually renegotiate our trade deals in ways that help American workers? Trump’s trade rhetoric is widely seen as one reason he resonated with working class whites in the Rust Belt, and Trump has vowed to turn the GOP into a “workers’ party.” But the mere act of renegotiating our trade deals doesn’t automatically mean the outcome will benefit them. Depending on how it’s done, the outcome could end up benefiting big corporations. Indeed, business groups are already gearing up to try to influence the renegotiation of trade deals in their own favor. There is no reason to assume Trump’s renegotiation will benefit the former and not the latter.

Here’s one way we can judge what his real priorities are going forward.

A coalition of groups that helped stopped the Trans-Pacific Partnership — which Trump opposed, too — is today sending a letter to Trump outlining a variety of things that it hopes to see from renegotiated trade deals. While it’s hard to imagine that Trump will listen closely to what this coalition says, this letter is useful to us as a blueprint for trying to judge whether Trump’s efforts are truly geared to improving the lot of working people.

The letter is being sent by the Citizens Trade Campaign, a coalition of unions, environmental groups, and organizations that lobby on trade issues. It says:

The rules for assessing a NAFTA renegotiation are clear: Does it put the needs of people and the planet over corporate profits? Does it support — not undermine — good jobs, public health, and a more stable climate?

The letter points to a number of ways of answering this question. It notes:

* A renegotiation that favors workers would “eliminate rules that incentivize the offshoring of jobs.” This is a longtime priority of trade activists. They want to ensure that future trade deals don’t create Investor-State Dispute Settlement regimes — mechanisms for resolving disputes between corporations and governments — that, in the quest to minimize risk to investments abroad, end up giving major corporations an unfair advantage in litigating these disputes.

This is a controversial topic, and principled people have lined up on both sides of it. But the essential point here is that one baseline for judging renegotiated trade deals is whether they incentivize offshoring with dispute settlement mechanisms that tilt the balance too much towards corporations and as a result weaken local government regulation in the public interest.

* A renegotiation that favors workers would have tougher “rules of origin” that would make it harder for corporations to claim products are made in participating countries, when in fact many parts are manufactured in other countries with much weaker labor standards. There are many other such suggestions in the letter.

The larger point is that the mere fact of renegotiating trade deals doesn’t guarantee that they’ll be good for workers or the public interest. They could be good for corporations at the further expense of workers, or the environment, or public health. For instance, the letter notes that renegotiated trade deals would have to decide how strong and long patent protections are for pharmaceutical products — longer ones risk driving up the cost of life-saving medicines to the benefit of Big Pharma companies; shorter ones could bring those prices down.

All of this could eventually have political ramifications, too. If Trump does seek to negotiate trade deals along the lines he has suggested, he might lose the support of a lot of Congressional Republicans. That would mean he’d need the support of Democrats. Given that this is an area where he seems willing to break with his party, this gives Democrats an opening to lay out their priorities — such as the ones in this letter — and to try to get the Trump administration to shape trade deals in keeping with them.

Nobody knows, of course, what Trump will really do. But the bottom line is that renegotiating trade deals will require choices that prioritize one set of values and interests over other sets of them. There’s no reason to assume that Trump’s priorities will be what he claims. Indeed, since Trump’s trade rhetoric is central to his appeal and to the broader movement known as Trumpism, the specifics of what Trump really does in terms of renegotiating these deals will provide more insight into what Trumpism really means in practice.