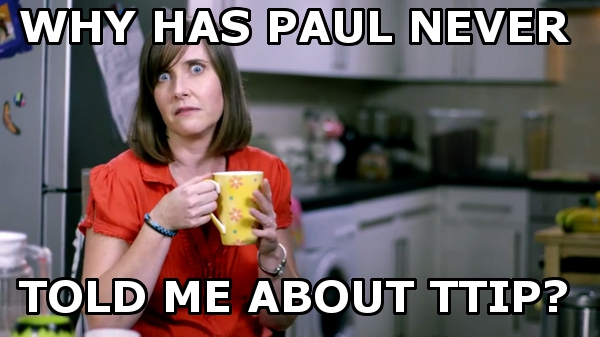 TTIP and the Scottish referendum

Whatever the outcome of the independence referendum on 18 September, everyone in Scotland would like to see a Scotland free to choose its own destiny through democratic processes, whether that be within the UK or as an independent country.

But the Transatlantic Trade and Investment Partnership (TTIP) threatens the authority of the Scottish government and Scottish parliament to freely exercise their powers. From the NHS to the provision of education, TTIP could force Scotland to adopt a system that allows US multinationals to provide public services.

Both sides of the independence referendum campaign are misguided in their support for TTIP ; it’s no secret that the UK Government is a major supporter of TTIP, and both First Minister Alex Salmond and deputy Nicola Sturgeon have also given their support.

Take action to break the media blackout on TTIP