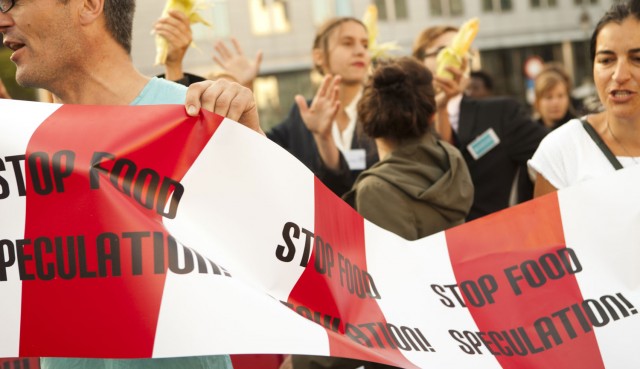 (Photo courtesy Friends of the Earth)

As more than one third of the total global trade currently takes place between the US and the EU, the US and the EU are working towards signing a free trade agreement so as to create a trading block that can compete against China and other emerging countries.

This Transatlantic Trade and Investment Partnership (TTIP) treaty will among other things open markets to foreign services and foreign direct investment in the financial sector. It intends to limit financial sector regulations because they are considered as barriers to trade. One of the most contentious elements of the TTIP negotiations is the investment chapter. It will allow US companies investing in Europe to sue national governments at an international tribunal and outside the national jurisdiction when governmental measures and laws are considered to erode profits.

TTIP will in various ways favor large companies at the expense of citizen and consumer interests, parliaments and the sovereignty of states.