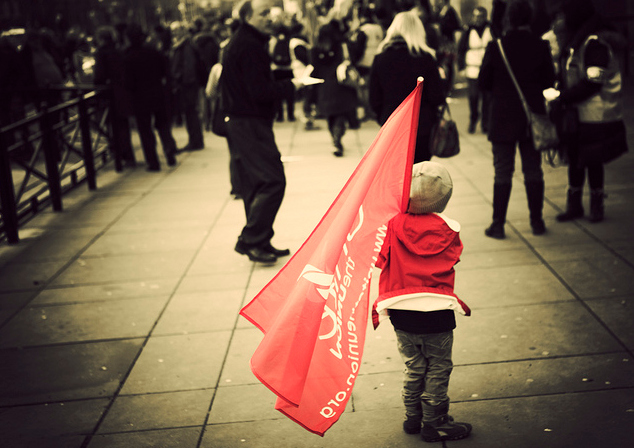 TUC briefing on the Transatlantic Trade and Investment Partnership (TTIP)

The Transatlantic Trade and Investment Partnership (TTIP) between the EU and USA has been in negotiation for two years. While negotiators on both sides spoke hopefully of concluding talks quickly, it looks likely that talks will continue into 2016 and beyond as the US election adds delays.

Much of the content of TTIP has yet to be discussed. TTIP will be affected by the final shape of the EU-Canada trade agreement (CETA), as this is being used as a template for negotiations, but the content of this agreement is also in flux. CETA was finalised in 2013 but has yet to be ratified by the European or national parliaments. It may come before the European Parliament as early as the first half of 2016.

On 10 September 2014, TUC Congress passed a composite motion which stated that ‘while there may be economic benefits in reducing trade tariffs and reviewing regulation for certain industrial sectors, Congress believes that the primary purpose of TTIP is to extend corporate investor rights’ and thus adopted a position of ‘outright opposition’ to TTIP.

The TUC believes Investor State Dispute Settlement (ISDS) is unacceptable in TTIP and any trade deal as it gives foreign investors the right to a special international court system to sue countries for compensation if they believe a policy would endanger their future profits. ISDS has been used on numerous occasions to overturn legitimate public policy and has had a ‘chilling effect’ on the introduction of new policies. This was the case in New Zealand where the government dropped plans to introduce plain packaging for cigarettes due to fears of litigation after Philip Morris sued Australia for similar legislation through the ISDS clause in the Hong Kong-Australia Bilateral Investment Treaty.

The provisions on Investor-State Dispute Settlement (ISDS) will be discussed at the next negotiating round in October. The EU trade Commissioner stated in July that these discussions would advance the proposals she announced in March for a slightly reformed version of ISDS. The TUC is opposed to this reformed version of ISDS as we are opposed to all forms of special courts for foreign investors in trade agreements as they provide a privileged route for investors to seek compensation from governments if they believe a policy would endanger their future profits.

Criticism of the ISDS provisions in CETA by the German, French and Greek governments as well as the Socialists and Democrats group in the European Parliament, among others, raises the possibility that the Investment chapter of CETA, and perhaps other parts of the deal, will be reopened for negotiation in the near future.

TTIP poses a threat to the National Health Service and the public sector that may be opened up to the privatisation through the ‘negative list’ approaches to service commitments taken in the deal. This approach means that all services are open to further privatisation unless they are explicitly exempted. In September 2014 the UK government confirmed that it has requested no explicit exemption for the NHS or public services in TTIP. This would mean that the privatisation in services such as health and education that have already been part-privatised would be locked in, preventing future governments from being able to bring these services back into public ownership. Furthermore ISDS would mean that foreign investors, such as US health companies, would have the power to sue the UK government for renationalising parts of the public service, leading to a ‘chilling effect’ on public policy. This is supported by an LSE study commissioned by the government which concluded that there were little or no economic benefits and high political costs of including ISDS in TTIP.

Some of the tariff reductions proposed in TTIP could be good news for British exporters, such as the chemicals and automotive industries – and even textiles, Scotch Whisky and farming. But instead of seeking an agreement with those limited but uncontentious objectives, politicians and business on both sides of the Atlantic have over-reached, seeking to sweep away ’non tariff barriers’ that contain a range of health and safety, environmental and consumer protections. The TUC is unconvinced by studies produced by the UK government and EU Commission promising job gains and growth, particularly as other studies produced using different modelling suggest potential job losses and wage depreciation. We believe negotiators, governments and businesses need to engage with trade unions on the potential outcomes for different sectors. The European Commission must make clear how funds would be provided through the Globalisation Adjustment Fund to areas losing jobs or income due to TTIP.

The TUC is concerned that TTIP may lead to a lowering of labour standards as the US refuses to ratify core ILO conventions, including those on freedom of association and collective bargaining and operates anti-union “right to work” policies in half of its states. We are concerned that labour chapters in EU trade agreements to date (such as in the EU-Korea FTA and CETA) have not contained enforceable language such as sanctions for violations of labour standards and that workers would therefore not have a route through TTIP to enforce their rights.

Only two trade unionists (ETUC and IndustriALL representatives on the EU’s Advisory group on TTIP) have access to the negotiating texts- and this is in a locked Reading Room where copies cannot be made. We understand the need to keep certain aspects of negotiating strategies confidential but the TUC believes a more open approach is needed overall, based on the following key principles:

whatever the negotiators show to employers, they should show to trade unionists;

whatever the EU negotiators have given to the US negotiators, they should share with the people they allegedly represent; and

the EU should operate on the assumption that documents should be public, unless there is a good reason to keep them secret – rather than the other way round.

On July 2 the European Parliament adopted a report on TTIP which contained a number of positive proposals, calling on the Commission to:

ensure that there is ratification, implementation and enforcement of the eight fundamental International Labour Organisation (ILO) conventions and the ILO’s Decent Work Agenda – and that labour and environmental standards are included in other areas of the agreement such as investment, trade in services, regulatory cooperation and public procurement;

include rules on corporate social responsibility based on OECD Guidelines for Multinational Enterprises and clearly structured dialogue with civil society;

ensure that national and local authorities retain the full right to introduce, adopt, maintain or repeal any measures with regards to the commissioning, organisation, funding and provision of public services irrespective of how the services are provided and funded;

a "positive list" for market access whereby services that are to be opened up to foreign companies are explicitly mentioned and new services are excluded – this would allow governments to retain policy space for services not explicitly included in negotiations.

However, the TUC did not support the report’s conclusions on Investor-State Dispute Settlement which stated the Commission should:

‘...replace the ISDS-system with a new system for resolving disputes between investors and states which is subject to democratic principles and scrutiny where potential cases are treated in a transparent manner by publicly appointed, independent professional judges in public hearings and which includes an appellate mechanism, where consistency of judicial decisions is ensured, the jurisdiction of courts of the EU and of the Member States is respected and where private interests cannot undermine public policy objectives.’

As stated above, although this criticism of the traditional version of ISDS may be useful for encouraging the Commission to reopen the investment chapter of CETA, the TUC does not support the proposal that a modified version of ISDS would be preferable to the traditional ISDS found in CETA. We are opposed in principle to foreign investors having a special court system to sue for compensation if they claim their rights have been violated – no equivalent exists for consumers, workers or domestic investors. The TUC believes there should be no ISDS or any variation of ISDS in CETA, TTIP or any trade agreement.