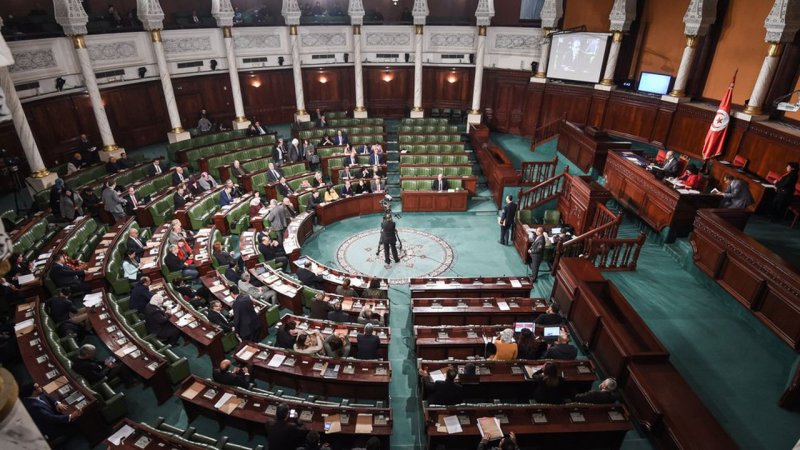 TUNIS - The Tunisian parliament is under increasing pressure to revisit its decision not to ratify the African Continental Free Trade Agreement, an act economic experts qualified as a crime against Tunisia’s interests because it puts the Tunisian economy at risk and squanders opportunities offered by the African agreement.

Tunisian-African Business Council Secretary-General Anis Jaziri said the council considered the parliament’s position a “crime” against the country’s economy. He suggested the reason behind the failure to pass the bill was the absence of MPs of parties backing the government, rather than an “absolute rejection of the bill.”

Only 106 out of the 127 present voted for the bill, three short of an overall majority in the 217-seat parliament.

The African agreement would establish a comprehensive framework for trade relations between the countries of the African Union to enhance the competitiveness of local businesses, reduce economic reliance on exports of raw materials and promote economic and social transformation that enhances inclusive growth, industrialisation and sustainable development in line with the African Union’s Agenda 2063.

The African Free Trade Area went into force on May 30, 2019. The Tunisian government signed the related agreement on March 21, 2018, but completing the process required parliamentary approval.

The agreement seeks to diversify African trade exchanges and achieve a 50% increase in intra-regional trade by 2022 by increasing coordination levels in trade liberalisation and setting up implementation and management mechanisms.

Thirteen deputies from Qalb Tounes abstained and four deputies from Al-Karama Coalition voted against the bill. Even though deputies from the Free Destourian Party who opposed to the bill voted to ratify the agreement, it was not enough to pass the measure.

Jaziri denounced the absence of the representatives of pro-government political parties, saying it was irresponsible behaviour and showed a lack of commitment to national interests. He pointed out that the measure was non-partisan and devoid of ideological and political agendas.

Jaziri said political tensions in Tunisia are hindering national projects and called on the parties to place national interests above all other interests. He called for a legal mechanism or revision of parliamentary regulations to allow resubmission of the bill soon.

Tunisian law forbids resubmission of any bill that has been rejected for at least three months from the first session devoted to its discussion. However, but many say the country’s situation and interests should not have to wait that long.

Jaziri confirmed that the Tunisian-African Business Council had contacted officials to remedy the situation. He said the council argued that, given the high rate of absentees among pro-government members of parliament, one cannot really speak of an outright rejection of the bill.

The Tunisian-African Business Council has focused its efforts on introducing and training Tunisian companies to break into the African market. It has organised conferences and persuaded donors to provide financing to promote export support but the bill’s rejection in parliament is a major stumbling block to its goals.

Jaziri expressed hope, saying that all those concerned who were contacted “confirmed their keenness on opening to Africa and their willingness to make efforts to reintroduce the law.” He said he was confident that a solution would be found “even if we have to wait three more months.”

Opening up to Africa and supporting exports of local companies to other countries in the continent was the seventh item in the programme of Tunisian Prime Minister Elias Fakhfakh. Titled “Destination: Africa,” it aimed to enhance voluntary and supported integration with Africa.

Tunisia has many promising export opportunities, such the manufacturing, energy and food sectors, but it needs political will to reform to revive the local economy.