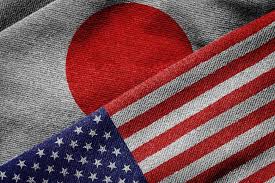 “I’m hopeful that we’ll come to an agreement in the next several weeks,” Lighthizer told a hearing at the House Ways and Means Committee. “It’s a high priority.”

It’s a big problem, he added, and one that has to be taken care of in a very swift manner.

“The principal thing we’re trying to do is to get agriculture access equal to what the Japanese have given to the TPP (member countries),” the trade representative said.

He made the remarks a day after calling for prioritizing an initial deal with Japan on greater market access for American farm products.

Speaking at Wednesday’s hearing, Lighthizer said such “an early basis” plan would seek to ensure access to the Japanese market for U.S. agriculture equal to what Tokyo has given 10 other Pacific nations under a revised Trans-Pacific Partnership and to European countries under a free trade agreement between Japan and the European Union.

The two sides will hold minister-level trade talks next week, on the occasion of the Group of 20 summit meeting in the city of Osaka on June 28-29. Japan and the United States entered into trade negotiations in April.

President Donald Trump’s administration has grown concerned that the recent entry into force of the two FTAs has put American farmers and ranchers at a disadvantage in the Japanese market.

Trump withdrew the United States from the TPP in 2017, citing his preference for bilateral trade deals.

He added that the country’s “dairy (policy) is among the worst in agriculture in terms of protection.”

Also at the hearing, Lighthizer revealed that he plans to hold talks with his Chinese counterpart in trade negotiations, Vice Premier Liu He, before U.S. President Donald Trump and Chinese President Xi Jinping hold talks on the sidelines of the G20 summit.

The trade representative said that he will have phone talks with senior Chinese officials to prepare for the bilateral summit, which was announced by the White House on Tuesday.

However, he declined to clarify when the two economic powerhouses will officially resume trade negotiations, which have stalled since early May.