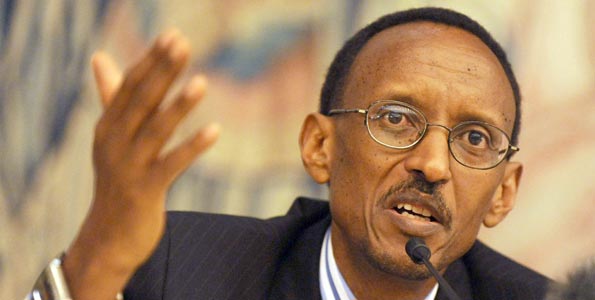 Mr Kagame: Rwanda president and chairman of the EAC summit.

Uganda on Thursday adopted a cautious stand as negotiations on a regional common market entered a sensitive phase in which experts sought to find the most appropriate deals on protection of foreign investments.

In a bid to clear past mistrust among members, the East African Community (EAC) summit leadership recently sought special provisions in the common market protocol that would ensure all foreign investments were adequately protected and granted fair treatment.

This, the summit argued, would encourage investors to pitch businesses in any part of the community without fear of acts such as expropriation.

The most memorable act of expropriation was witnessed in Uganda in the 1970s when the then President Idi Amin (now deceased) ordered the “grabbing” of business enterprises owned by A section of foreigners mainly from Asia.

Sources at the EAC common market talks in Nairobi said Uganda expressed reservations on proposed text on the protection of foreign investment.

“Negotiators from Uganda were a bit jittery about the text with specific concerns on the clauses to do with repatriation of returns and resolution of disputes whenever they arose,” a source told Business Daily.

Kenya, the main force behind the investment protection text, however argued that the text would act in place of previous bilateral investment treaties (BITs) that guided trade in the region.

“The concern by Uganda could have stemmed from a small misunderstanding because the proposed texts only seeks to sum up the bilateral arrangements that exist. The proposals are generic from the models of the WTO in many ways, including arbitration of disputes,” a source said.

According to the WTO, one of the primary goals of its agreement on investment is the provision of strong and effective protection for investors against nationalisation and expropriation.

But even if such actions take place, expropriations must be for a public purpose and carried out in a non-discriminatory way, and investors provided with an acceptable timetable for divestment.

“It is no big deal we shall find a common ground once all matters are clear,” a negotiator said.