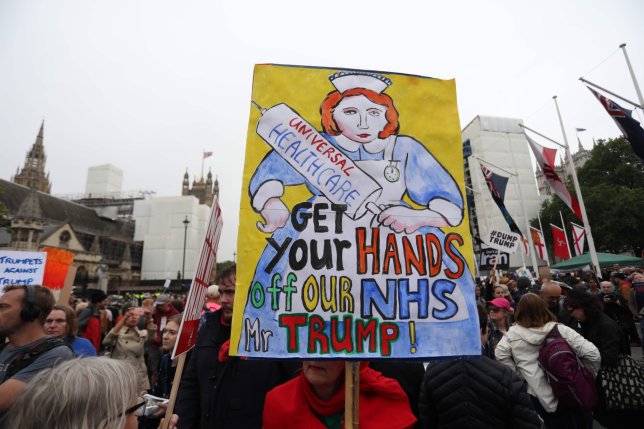 UK health service not on the table in U.S. trade talks: Johnson

LONDON (Reuters) - Prime Minister Boris Johnson told visiting U.S. Vice President Mike Pence on Thursday that Britain’s National Health Service (NHS) would not be included in negotiations with the United States for a trade deal once Britain has left the European Union.

“The National Health Service is not on the table as far as negotiations go,” Johnson said as he received Pence at his Downing Street office.

Pence told Johnson that the United States supported Britain’s planned departure from the EU and was ready, willing and able to immediately negotiate a free trade agreement.

Earlier this year, U.S. President Donald Trump said he wanted the NHS to be included in trade talks but back-tracked quickly after his comments alarmed many people in Britain where the health service is a cherished institution.

Britain’s prime minister at the time, Theresa May, said the NHS would be off-limits.

Johnson said he wanted to bring down U.S. barriers to British products as varied as Scottish haggis, British lamb and shower trays.

“I know that you guys are pretty tough negotiators so we are going to work hard to make sure that free trade deal is one that works for all sides,” he said.