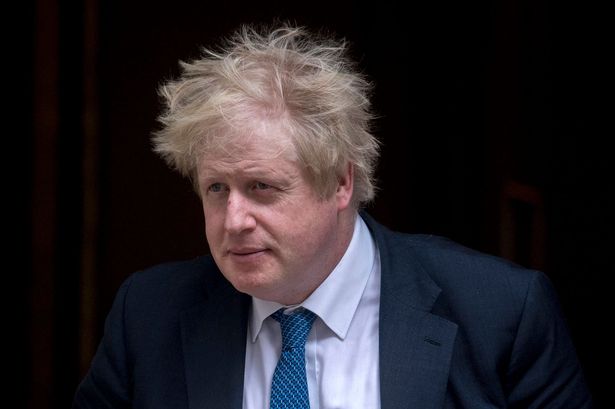 As it hurtles toward what could be a messy exit from the European Union, Britain is hoping to hear some fresh trade reassurances from Canada at the upcoming G7 Summit in Biarritz, France, say officials in the diplomatic community and experts in international affairs.

Boris Johnson, the new British prime minister, is expected to hold a bilateral meeting with Prime Minister Justin Trudeau during the weekend gathering of the world’s leading industrial economies.

The timing has yet to be hammered down, but the British are — according to multiple sources in the diplomatic community — keen to talk to Canada.

The recent diplomatic strain over the U.K.’s decision to strip British citizenship from Jack Letts — known in U.K. media as ’Jihadi Jack’ — is not expected to get in the way of the meeting. The decision by Johnson’s predecessor leaves Canada in the awkward position of having to deal with the British-Canadian Letts, who is in a Syrian prison after being accused of belonging to the Islamic State.

Trudeau and Johnson are meeting at a time when both Britain and EU have been hardening their positions on Brexit — perhaps irreconcilably — as the Oct. 31 deadline for the U.K.’s withdrawal from the European Union rapidly approaches. On Wednesday, German Chancellor Angela Merkel met with Johnson and gave him 30 days to come up with a plan to address the major stumbling block of a Brexit deal with the EU.

The business community in Britain is looking for a safety net and had pinned some of its hopes on a bridging agreement with Canada — something that would get them through until a full bilateral trade deal is negotiated between the two countries.

At a minimum, Britain is hoping to hear that Canada is committed to the terms of the Comprehensive Economic and Trade Agreement (CETA), which was negotiated before the Brexit movement gained momentum.

Colin Robertson, vice-president at the Canadian Global Affairs Institute and a former Canadian diplomat, said it’s in Canada’s best interest, at the moment, to be circumspect with the U.K.

Johnson also is sitting down with French President Emanuel Macron for a pre-summit conversation Thursday, but Robertson said there are still so many unknowns about the U.K.’s future relationship with the EU that it’s best for Trudeau to keep his options open and ask some tough questions.

British and Canadian negotiators held extensive talks to come up with a bridging agreement, which would see the terms of Canada’s existing European Union trade deal held in place following Brexit.

They were "90 per cent" of the way toward a deal, an official in the diplomatic community said recently.

The British inadvertently put the deal on ice when, in an emergency move to protect British consumers and businesses from sudden price shocks, the Conservative government of then-prime minister Theresa May published a "temporary" list offering any country — not just those with pre-existing trade deals — tariff-free access for 87 per cent of what the U.K. imports. The offer came without a requirement for a reciprocal tariff cuts for British exports.

"I don’t think we have to decide" at the summit, said Robertson. "One thing in diplomacy — if you don’t have to make a decision, rarely do you make one."