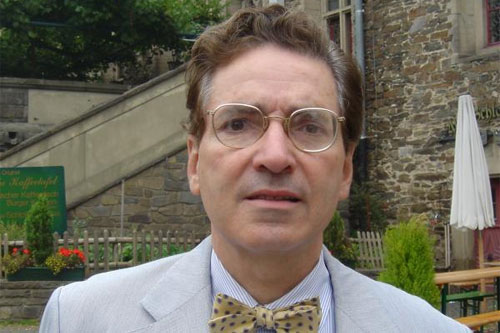 De Zayas, the UN’s special rapporteur on promotion of a democratic and equitable international order, said that the adoption of a separate legal system for the benefit of multinational corporations was a threat to basic human rights.

A senior UN official has called for controversial trade talks between the European Union and the US to be suspended over fears that a mooted system of secret courts used by major corporations would undermine human rights.

Alfred de Zayas, a UN human rights campaigner, said there should be a moratorium on negotiations over the Transatlantic Trade and Investment Partnership (TTIP), which are on course to turn the EU and US blocs into the largest free-trade area in the world.

Speaking to the Guardian, the Cuban-born US lawyer warned that the lesson from other trade agreements around the world was that major corporations had succeeded in blocking government policies with the support of secret arbitration tribunals that operated outside the jurisdiction of domestic courts.

He said he would be compiling a report on the tactics used by multinationals to illustrate the flaws in current plans for the TTIP.

De Zayas said: “We don’t want a dystopian future in which corporations and not democratically elected governments call the shots. We don’t want an international order akin to post-democracy or post-law.”

The intervention by de Zayas comes amid intense scrutiny in the US, Europe and Japan of groundbreaking trade deals promoted by Barack Obama. The European commission, which supports the talks, believes an agreement that would lower tariffs and establish basic health and safety standards would boost trade and add billions of euros to the EU’s income. UK ministers estimate Britain could benefit from a rise in GDP of between £4bn and £10bn a year.

Under the proposed agreement, companies will be allowed to appeal against regulations or legislation that depress profits, resulting in fears that multinationals could stop governments reversing privatisations of parts of the health service, for instance.

The investor state dispute settlement (ISDS) scheme that includes the secret tribunals is already a cornerstone of a trade deal between the EU and Canada and is scheduled to be included in the TTIP deal, as well as a trans-pacific deal being negotiated between the US and Japan.

EU officials said the ISDS would be part of the package when it is put to a vote in the EU parliament later this year.

Cecilia Malmström, the European trade commissioner, has sought to dampen criticism by publishing discussion documents submitted to the TTIP talks. Following growing calls from environmental groups, unions and MEPs for the deal to be scrapped, she has put forward a series of suggestions to “safeguard the rights of governments to regulate” and protect public service provision from demands for competition. More than 97% of respondents to an official EU survey voted against the deal.

However De Zayas, the UN’s special rapporteur on promotion of a democratic and equitable international order, said that while these were helpful initiatives, the adoption of a separate legal system for the benefit of multinational corporations was a threat to basic human rights.

“The bottom line is that these agreements must be revised, modified or terminated,” he said.

“Most worrisome are the ISDS arbitrations, which constitute an attempt to escape the jurisdiction of national courts and bypass the obligation of all states to ensure that all legal cases are tried before independent tribunals that are public, transparent, accountable and appealable.

“Article 103 of the UN charter says that if there is a conflict between the provisions of the charter and any other treaty, it is the charter that prevails.”

De Zayas, who issued a statement last month demanding unions, health experts and environmentalists be included in the TTIP talks, conceded that the UN has had little impact on the debate so far, but hoped the publication of his report in August before the EU parliament vote could alert policymakers to the flaws in the current plan.

“These are classical situations of conflict of interest and lack of independence.”

This article was amended on 5 May