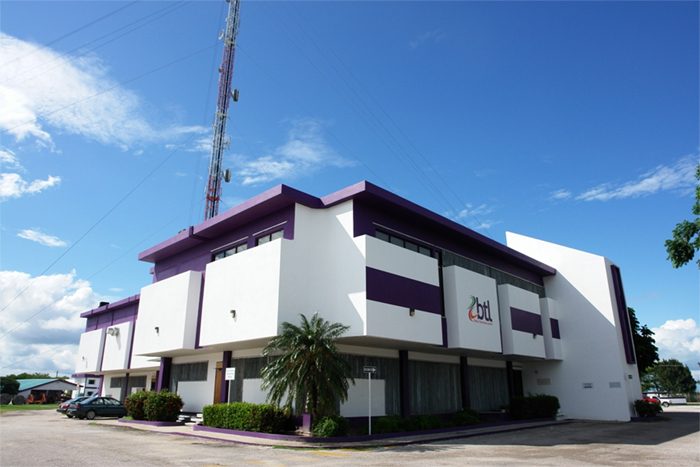 On June 28, 2016, an arbitral tribunal ordered the Government of Belize to pay to the private company of Dunkeld International Investments Ltd. the sum of approximately US $171.2 million. The award arose out of claims brought by Dunkeld, which held majority shares in Belize Telemedia Limited, after the nationalisation of Belize Telemedia by the Belize Telecommunications (Amendment) Act of 2009. Using the provisions of the investment agreement between the United Kingdom and Belize, Dunkeld submitted its claims to international arbitration.

While the Belizean courts have since ruled that the government’s action was unconstitutional, the multi-million-dollar arbitral award is worthy of discussion for the following reasons. First, is its imposition by a tribunal consisting of three private individuals, as opposed to the national courts. Second is the size of the award – the ninth largest to date in the Latin American and Caribbean region and a punitive sum for a small country. This scenario captures just two of the concerns with the current investor-state dispute settlement system (ISDS) which have led the United Nations Commission on Trade and Investment Law (UNCITRAL) to launch an initiative to reform the system.

ISDS provisions are contained in about 3,000 Bilateral Investment Treaties (BITs) and investment chapters of free trade agreements (FTAs). The majority of developing countries rely on foreign direct investment (FDI) to foster economic growth and development. FDI can be a valuable tool to exploit resources and build production facilities while creating jobs and infrastructure. BITs and the investment chapters of FTAs aim to create an enabling environment for foreign investors.

Among other things, these treaty provisions protect the investors against expropriation without adequate compensation and guarantee their ability to freely move their assets in and out of the country. Sovereign States, on the other hand, need to govern with a multiplicity of interests in mind. Consequently, their actions can, inadvertently or deliberately, deprive the foreign investor of an intended benefit, leading to disputes. ISDS provides the mechanism by which such disputes are resolved.

ISDS provisions permit a foreign investor, in the form of a company or individual, to bring a claim directly against a state where the foreign investor believes that its investment is being threatened by an action of the state. The claim is often permitted to bypass the domestic courts and is instead submitted to an arbitration tribunal consisting of private individuals with expertise in the issue. This is the same practice used in the world of commercial arbitration to settle disputes between two commercial parties. The state and the foreign investor have equal standing before the tribunal, whose decisions are binding.

Twelve CARICOM member states are party to a total of 65 BITs with such countries as the United Kingdom, the United States, China, Germany, Spain, Switzerland, and Korea, to name a few. Relevant provisions are also contained in CARICOM FTAs, notably with Costa Rica and the Dominican Republic. States may also agree to ISDS provisions in contracts with private investors. Since 2009, the ISDS provisions have been used by foreign investors to sue the governments of Barbados, Belize, Grenada, Guyana, Jamaica, Saint Lucia, and Trinidad and Tobago. In most cases, the outcome has been the requirement for the governments to pay thousands or millions of dollars in awards to the private investor.

The system can work both ways. In 2012, relying on the provisions of the 1995 BIT between Barbados and Venezuela, the Blue Bank International & Trust (Barbados) Ltd. filed an expropriation claim against the Government of Venezuela. In April 2018, Jamaican businessman, Michael Lee-Chin, served the government of the Dominican Republic with notice of his arbitration claim in connection with the takeover of a recycling facility and waste-to-energy plant in which he had invested.

The Caribbean region is thus actively involved in the ISDS system, although most often as a defendant. In fact, the overwhelming majority of defendants in ISDS arbitral proceedings are the governments of developing and emerging economies. Notably, however, the consequences and cost to the state against which a private investor pursues a claim is more than monetary. When the state loses, its regulatory policies as well as national budget are placed at risk. The outcome of ISDS arbitral tribunals can and do impact the ability of governments to develop and implement policy.

The current system for settling disputes between investors and states has developed using the framework for resolving disputes between private commercial parties. The current system no longer serves the interests of states. In July 2017, UNCITRAL established a working group on Investor-State Dispute Settlement Reform. Exhaustive discussions since then have detailed a comprehensive list of problems with the current ISDS system. The most egregious examples include :

· Inconsistency of arbitral decisions – instances where the host state is sued by different investors on the same issue but with different outcomes from different tribunals ;

· Lengthy duration and extensive cost of ISDS – States that have been sued may not have the resources to adequately defend their policies and actions or to pay arbitral awards ;

· Lack of transparency – States are using public funds to defend against claims and to pay settlements or awards ; however tribunal decisions are often sealed ;

· Lack of an early dismissal mechanism to address unfounded claims ;

· Lack of a mechanism to address counterclaims by respondent states ; and

· Heavy reliance on a small number of arbitrators from the investor states and who may not understand the host country’s underlying developmental need or policy.

Questions at the heart of these concerns address the overall legitimacy of the process and lack of democratic accountability. Should a system created to address disputes between two commercial parties be used to resolve policy issues that may impact millions of people ? Is it acceptable to exclude domestic investors from the same recourse available to foreign investors ?

Proponents of ISDS acknowledge the validity of some of these concerns and say they can be addressed by reforming the current system of ISDS. They also point to the underlying concerns that led to the use of ISDS in the first place – politicisation from the use of diplomacy to address disputes and the slow judicial processes in some countries’ domestic legal system.

Concerns are not limited to those expressed by developing and emerging economies. The EU’s submission to the UNCITRAL working group highlights systemic issues that it believes warrants establishment of a multilateral investment court that would replace the use of arbitral tribunals. A March 2018 ruling of the European Court of Justice concluded that the ISDS clauses in an intra-EU investment treaty were incompatible with EU law. The US Government has consistently expressed its displeasure at being required to abide by the decisions of arbitration panels it finds not to its liking. The US-Mexico-Canada Agreement (USMCA or NAFTA 2.0) has severely restricted the use of ISDS.

Why it matters to the Caribbean

This brings us to next steps in the UNCITRAL reform process and why the Caribbean needs to get involved. Having previously determined the range of ISDS procedures that generate concern and require reform, the UNCITRAL working group is now actively developing its work plan to begin addressing the reforms. Caribbean States and civil society organisations (as observers) have the opportunity to participate in this weighty and meaningful process.

To this end, it is worth noting that the claims brought against the government of Belize by Dunkeld in 2009 demanded a huge outlay of the country’s resources, monetary and otherwise, until it was resolved seven years later. Indeed, the award was followed by at least one additional year of court proceedings about enforcing the award. Without debating the correctness of Belize’s policy to nationalise telemedia, the drain on the country’s national budget is undeniable.

In the claim brought against Venezuela by the Barbados banking investor, one of the arbitrators was dismissed for conflict of interest. More importantly, the entire case was eventually dismissed because the bank did not have standing to bring the case. The absence of a mechanism for early dismissal of claims meant that it took almost five years and just under US$800,000 to arrive at this decision.

The above examples illustrate how Caribbean States and investors are not only participating, but being harmed by the ills and abuses of the current system of ISDS. Procedural reforms aimed at minimising such harms lie at the heart of the UNITRAL reform process. One- hundred-and-two states were represented at the April 2019 session of the working group. Only two were from the Caribbean – Cuba and the Dominican Republic. As small, developing, vulnerable economies, many of which are also small island states, CARICOM members can provide an invaluable perspective which is currently missing from the deliberations and reform process.

Andrea Ewart is the Founder and CEO of DevelopTradeLaw, LLC, and a contributing author to the University of the West Indies’ Shridath Ramphal Centre’s Trading Thoughts column. She has also been participating in the UNCITRAL working group sessions, representing CAIC as an observer.