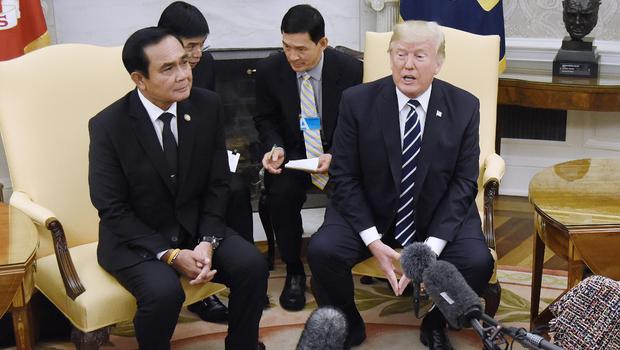 The United States and Thailand met today under the US-Thailand Trade and Investment Framework Agreement (TIFA) to discuss ways to deepen trade ties and address outstanding bilateral trade issues between them. The two sides reaffirmed the importance of their longstanding relationship and of working together to expand trade.

The United States updated Thailand on the Trump Administration’s trade agenda and the priority it places on promoting fair and reciprocal trade, as well as strengthening ties with countries in the Indo-Pacific region. ‎

The United States emphasized the importance of Thailand dismantling barriers to US exports and reducing the US trade deficit with Thailand. In particular, the two sides discussed barriers to US exports related to agriculture, customs, intellectual property, labor, and other issues, and agreed to continue their dialogue to resolve these issues. The United States and Thailand also discussed broader regional and multilateral engagement, including Thailand’s efforts to implement the WTO Trade Facilitation Agreement, and ways to work together to advance work under the ASEAN-US Trade and Investment Framework Arrangement.

Acting Assistant US Trade Representative for Southeast Asia and the Pacific Karl Ehlers led the US interagency team for the meeting, which included officials from the Office of the US Trade Representative, and the US Departments of Agriculture, Commerce, Labor, and State. Ministry of Commerce Permanent Secretary Nuntawan Sakuntanaga led the Thailand delegation, which included senior officials from the Ministries of Commerce, Public Health, Agriculture, Labor and Foreign Affairs.