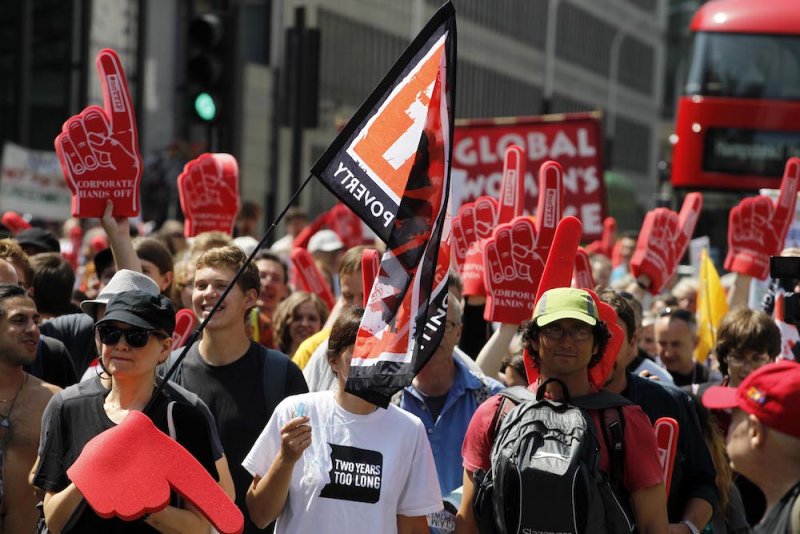 US and EU trade union leaders: TTIP negotiations ’On the wrong course’

Meeting today in Washington, Richard Trumka, President of the American Federation of Labor and Congress of Industrial Organizations (AFL-CIO) and Luca Visentini, General Secretary of the European Trade Union Confederation (ETUC), together stressed that, from available information, the current negotiations on the Trans-Atlantic Trade and Investment Partnership (TTIP) are on the wrong course. If this course isn’t corrected, TTIP will fail to create the people and planet-centered agreement needed to benefit the working peoples of the European Union and the United States.

In a joint statement they said: "We have consistently made clear that the agreement must not include a private justice system for foreign investors and any supranational obstacles to regulation in the public interest. We have called for broad, precise and enforceable protections for labour rights, public services, and the environment."

They agreed that "the Investment Court System recently proposed by the European Union, while an improvement over the discredited U.S.-backed Investor-State Dispute Settlement mechanism, is still enormously problematic and is not needed in any transatlantic trade and investment deal. There have been massive investment flows in both directions for decades without any such discriminatory provisions, and they are still unnecessary. Investors should act responsibly and respect international guidelines such as those set down by the OECD and the UN. The AFL-CIO and the ETUC will further strengthen our cooperation to hold multinational companies accountable."

Trumka and Visentini stressed that "labour rights, based on international conventions of the International Labour Organization, are indivisible and should be enforced at all levels in all our countries and entail economic consequences in case of breaches."

They added: "On these, as with other issues, we do not see our negotiators moving towards the 21st century agreement that we have been promised, but rather more of the same old corporate-style trade deal. The transparency we have called for has not been achieved. Not only have no draft consolidated texts been released, the U.S. has failed to publish even its own proposals."