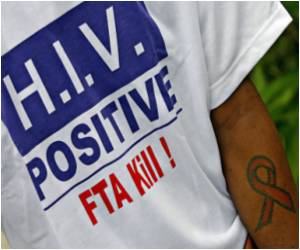 23 June 2011, Bangkok and Ho Chi Minh – The Asia Pacific Network of Positive People (APN+) is expressing outrage at ongoing free trade agreement negotiations by the United States with Vietnam and Malaysia that threaten access to medicines for HIV, TB, hepatitis-C as well as other diseases in these countries. These negotiations are taking place as part of the negotiations on a Trans-Pacific Partnership Agreement (TPPA) between the US and several countries on the Pacific rim including Vietnam and Malaysia .

The 7th round of the TPPA negotiations is currently taking place in Ho Chi Minh City in Vietnam and comes barely 10 days after the United Nations High Level Meeting on HIV and AIDS in New York where all countries including the United States committed to “ensure that intellectual property rights provisions in trade agreements do not undermine these existing flexibilities, as confirmed by the Doha Declaration on the TRIPS Agreement and Public Health.”

“The ink on the 2011 UN Declaration on HIV and AIDS is not even dry,” said Mr. Shiba Phurailatpam of APN+. “The Declaration clearly recognizes that intellectual property can be a barrier to access to medicines. Everything in the history of the AIDS epidemic testifies to this. Over 80% of those on AIDS treatment in poor countries are taking generic medicines. And yet the United States is pushing even greater legal barriers to generic treatment,” he said.

Leaked negotiation texts of the TPPA show that the US is pushing intellectual property provisions far in excess of what Vietnam and Malaysia have agreed to in the World Trade Organisation’s Agreement on Trade Related Aspects of Intellectual Property Rights or TRIPS. Known as ‘TRIPS-plus’ these measures are contrary to the Doha Declaration which re-affirmed that TRIPS “can and should be interpreted and implemented in a manner supportive of WTO member’s right to protect public health and, in particular, to promote access to medicines for all.”

“I wonder if President Obama and Secretary Clinton realize that the U.S. trade representative is currently demanding that Vietnam change its laws in ways that would prevent affordable generic production of new AIDS medicines?” said Do Dang Dong of the Vietnam Network of People living with HIV (VNP+). “PEPFAR switched to generic ARVs in order to ensure the viability of AIDS treatment in Vietnam , which would be drastically undermined if our access to new generic medicines is cut off because of this Free Trade Agreement.”

One of the key US demands relates to the ability of Vietnam and Malaysia to use a key TRIPS flexibility to prevent frivolous patents from being granted. “The Indian patents law pioneered this health safeguard which was then also adopted by the Philippines,” said Loon Gangte of the Delhi Network of Positive People (DNP+). “We have used this safeguard to successfully oppose patents on new forms of old medicines to ensure continued generic production of lamivudine/zidovudine combinations, nevirapine syrup and tenofovir,” said Gangte.

The TPP negotiations will not only make it difficult for Vietnam and Malaysia to emulate the Indian example, they will in fact mandate that these countries grant patents on small changes made to existing medicines. The US is clearly supporting evergreening – the practice of the multinational pharmaceutical industry of extending their patents well beyond 20 years by simply converting a tablet to a syrup or changing the dose of an existing medicine. Thus, while India was able to reject a patent for the syrup form of nevirapine, a medicine that dates back to the 1980s, Vietnam and Malaysia will not be able to. The US also wants TPPA countries to eliminate pre-grant oppositions, a safeguard that helps prevent abuse of the patent system and unwarranted drug monopolies.

According to Peter Maybarduk of the U.S. group Public Citizen, “The U.S. seems obsessed with maximizing intellectual property and favoring the big drug companies, even if it leads to low-quality patents that do nothing for innovation and block access to lifesaving treatment.”

For many HIV-positive drug users who are also living with hepatitis-C in the Asian region, Vietnam also offers the best hope for supplying generic pegylated interferon, the costly medicine used to treat hepatitis-C. Pegylated interferon has been patented in India and Indian generic companies are reluctant to produce it. “The Vietnamese generics industry, with support from the Vietnamese government, is taking the lead in supplying affordable access for the treatment of hepatitis-C.” said Noah Metheny of the Thai AIDS Treatment Action Group. “Roche is challenging Vietnam ’s generic production of pegylated interferon and now the TPPA negotiations are threatening to impose even greater legal barriers that may prevent similar attempts by Vietnam to ensure generic production of key medicines.”

The US has also left placeholders for provisions on data exclusivity, patent extensions and patent linkage. “The US seems poised to retreat from its May 2007 commitments to reduce the negative impact of FTAs on access to medicines. Expected US-proposed terms on data exclusivity, patent linkage and patent extensions could change laws in developing countries, turning drug safety regulators into patent cops for big pharma, and jeopardizing the advancement of low-cost biologic treatments for health concerns, perhaps including hepatitis C,” said Peter Maybarduk

“‘We have already lost so many friends and colleagues to AIDS. Life-saving medicines for HIV/AIDS exist, so no more people should have to die. But the TPPA would make newer AIDS medicines unaffordable, condemning us to an unnecessary death,” said Edward Low of the Positive Malaysian Treatment Access & Advocacy Group (MTAAG+). “‘For PLHIV, we need life-long treatment. For us, it is a matter of life and death. So we call for a halt to these FTA negotiations because without affordable medicines, more of us will die.’

APN+, MTAAG+ and VNP+ are signatories to the ‘Bangkok Declaration on Free Trade Agreements and Access to Medicines’ and call for an immediate halt to the TPPA negotiations and on the United States to honour its international commitments made less than two weeks ago to ensure universal access to treatment and to ensure that trade agreements do not undermine developing countries’ abilities to use all available legal and policy measures to ensure access to medicines.

In the US: Mr. Peter Maybarduk, Public Citizen, +1 202 390 5375, pmaybarduk@citizen.org. For further analysis of the Trans-Pacific FTA and access to medicines, see: http://citizen.org/access

Note for Editors: The Bangkok Declaration on FTAs and access to medicines and two briefing documents on the TPPA negotiations are attached to this press release. The 2011 UN Declaration on HIV and AIDS is available here http://daccess-dds-ny.un.org/doc/UNDOC/LTD/N11/367/84/PDF/N1136784.pdf?OpenElement - See paras 35, 36, 51, 66, 71 and 72 of this Declaration.