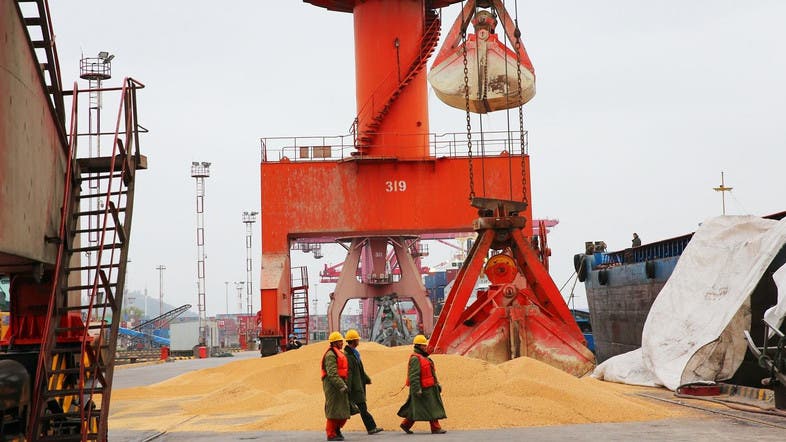 Chris Devonshire-Ellis discusses which US business sectors gain China market share, how China’s other trade partners will be impacted, and the US-China sourcing alternatives.

Certain aspects of the soon to be signed US-China “Phase One” trade deal to end the ongoing 18-month trade war between the two nations may not be released to the public. While this has created some negative publicity among those who see this deal as a dead duck, US Trade Representative Robert Lighthizer has stated that some aspects of the deal will not be released to the general public, including specific targets for Chinese commodity purchases, in order to avoid market manipulation.

This rings true – entrepreneurs on both the US and Chinese sides are well able to manipulate markets if certain categories face specific limitations – and have been seen to do so in the past. This perspective is extremely important for Beijing, who have only just had US President Trump lift its designation of China as a currency manipulator two days ago. It would be unseemly for Chinese marketeers to be stockpiling, short-selling, or hedging against items contained within the Phase One agreement. Is the situation ideal? No. But is it understandable? Yes – as are many of the apparent grey areas of doing business with China. Sometimes – and our firm has close to 30 years’ experience of business and clients trading with China – you just have to trust the authorities to get it right. Keeping parts of it private is actually okay in order to protect its overall credibility and keep it out of the hands of the black market.

In fact, it is not unusual for trade agreements not to be published in their entirety, and the Chinese government will be reluctant to publicize anything which may irritate other trading partners. Kazakhstan, for example, has been supplying China with grain during the US-China trade war. China may not wish to let Nur-Sultan know the exact commitment they have made to the US in order to maintain negotiation leverage with Kazakhstan over future supplies. The Singapore-Taiwan Free Trade Agreement, dating back to 2013 has never been made public.

Beijing may also not wish to be seen, in China at least, to be “giving in” to US demands, which could result in negative publicity for Xi Jinping and the CCP – Chinese patriotism, ironically encouraged by Beijing, can also be a double edged sword and end up being critical of the China government – a problem for a One Party State.

So – some secrets aside – what will the deal include? Reported in the South China Morning Post are several US officials with first-hand knowledge of the negotiations: “You will get the top line categorical numbers, but not the individual product lines,” said Clete Willems, who was until last year deputy director of the National Economic Council and a member of the US negotiating team with China. The administration is not legally obliged to publish the full text of the deal because it was an executive agreement that did not require congressional approval, said Derek Scissors, a resident scholar at the American Enterprise Institute. “Just because the US is happy with the translation doesn’t mean we get to see everything,” he said.

Scissors, who has previously advised the administration on China issues, said he was “90 percent certain” that there was an unwritten commitment by the US to further cut tariffs if the Chinese are on track to make the roughly US$200 billion in additional purchases that they promised over the next two years.

In terms of content, the Office of the United States Trade Representative (USTR) published its Phase One fact sheet in December. Economists have since debated whether China could meet US purchasing demands. These would effectively double China’s imports of US goods, which were around US$188 billion in 2017.

Washington based Politico reported on Tuesday that China’s purchases would come in four areas: manufacturing, which would account for some US$75 billion of the total, US$50 billion worth of energy, US$40 billion in agriculture, and US$35 billion to US$40 billion in services.

If Beijing reverted to 2017’s import levels and added this US$200 billion, it would buy US$576 billion of US goods and services over two years, an eye-watering sum, but one which is theoretically achievable, given that China’s total imports of goods in 2017 alone were worth US$1.84 trillion. In other words, Washington wants to commit China to purchasing from the US about 30 percent of China’s total annual imports.

What is apparent is that China’s imports of US goods from this year onwards are going to be dictated to a large degree by the US Phase One deal. That 30 percent deal is going to impact on China’s imports from other nations, and especially those that also provide China with manufacturing, agriculture, energy, and services.

This means that diplomats from China’s main trading partners will also need to be on the ball about Chinese intentions vis-a-vis the Phase One deal as it could well have knock-on effects. This is especially true of the ASEAN nations, Australia, Russia, Japan, South Korea, and the EU. How the US Phase One deal impacts on their existing sales to China will need to be evaluated – and fast, to allow for necessary adaptions and forecasts to be made. For some businesses, 2020 China budgeting cannot take place accurately until the details and implications of what China and the US are about to agree too can be properly understood.

It also pressurizes Beijing to maintain healthy annual growth rates, just to keep up with commitments to its Phase One deal. China’s annual GDP growth is currently about six percent, with 2019 achieving an annual nominal GDP of around US$14.14 trillion.

If China can maintain that six percent rate, it ought to be able to swallow Washington’s demands by 2022, although China’s other trade partners will suffer a bit during that time to accommodate Washington’s demands. The question will then be if the US will continue to want to maintain that 30 percent ratio of total imports to GDP, or will it let China have more leeway down the line?

In terms of businesses selling to China – the US-China Phase One deal appears to offer some clarity for 2020:

The Phase One deal is expected to halve the tariff rate to 7.5 percent on about US$120 billion worth of Chinese goods. The US is also expected to not follow through with planned tariffs on an additional US$160 billion worth of Chinese imports. That is good news for the US companies and China manufacturers caught up in the spat – although it is worth remembering that tariffs on those goods are still higher than they had been before the trade war began. A list of affected products can be found here. The average US tariff on Chinese imports has effectively risen from three percent in January 2018 to 21 percent now, while 25 percent tariffs remain in place, even under the Phase One deal, on much of what the US buys from China, including components that American factories use to assemble finished products. While it remains true that these could also be reduced later, pending Beijing’s adherence to the Phase One deal, the days of low US tariffs on Chinese imports are effectively over.

For this reason, it is probably not a good idea to reintroduce any previously lucrative China sourcing business based on that low tariff model as the price incentive has either gone or at best is unreliable and subject to re-imposition.

In other areas, the US-China bilateral trade space in terms of buying low in China and selling high in the US has now been proven to be totally unreliable. If not already, businesses within this space should be looking at alternatives, and especially those in the ASEAN nations, such as Vietnam. Why? Because Vietnam doesn’t have a trade war (yet) with the US and does have a Free Trade Agreement and Double Tax Treaty with China, meaning manufacturing in Vietnam is a viable proposition to sell both to the US and China. Our firm has three offices that can assist foreign investors in Vietnam and also produces Vietnam Briefing.

We can also assist with relocating your business from China to ASEAN and establishing your businesses in the other emerging ASEAN markets of Indonesia, Thailand, and Philippines as well as put in Regional HQ in Singapore.

There is much to contemplate about the US-China Phase One Trade Deal.

US manufacturers should be looking at how best to sell to China, with several options available. With 12 offices on the ground across China our firm can provide a bespoke service pertinent to American sales, invoicing, and ensuring payments are met when dealing with China.

US manufacturers buying China product for US domestic consumption, including component parts, should continue to look at alternative suppliers from other manufacturing nations.

Non-US suppliers to China should be looking at how this deal could impact upon their potential China sales as they may take a hit – Beijing is being ‘encouraged’ to buy US first, and this will mean an impact elsewhere will be felt. Businesses both from the US and elsewhere should be taking note of the Phase One deal’ contents.