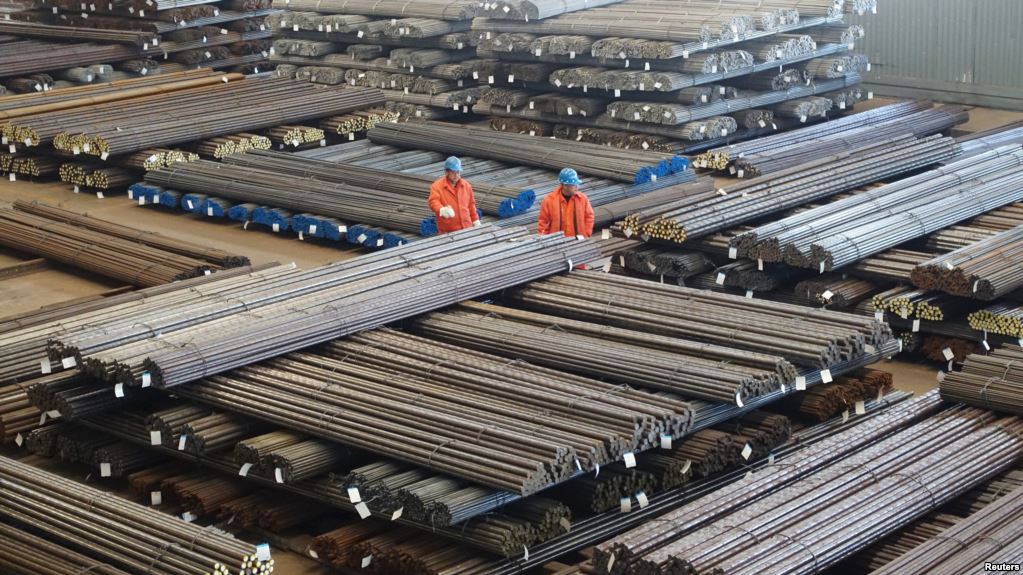 Trump has invoked a rarely used section of US trade law, Section 232, charging steel and aluminum imports were a threat to US national security.

By Robert A. Manning

Since China began its reform and opening-up in late 1970s, growing trade and investment ties have been a key pillar of Sino-US relations. But US President Donald Trump’s recently imposed 25 percent steel tariffs and 10 percent aluminum tariffs on China and others exporting those goods to the US is just the start of nationalist economic policies that not only strain US-China ties, but put the entire global trade regime at risk.

This is an escape clause of WTO rules, intended for wartime situations, and almost never used because it opens the door to chaos: any nation can claim any imports threaten their national security - there is no objective criteria. In the US case, with most steel imports from Canada, Mexico, Japan and South Korea - it is a transparently absurd claim.

Though China accounts for only 2 percent of US steel imports, much of Trump’s rage against the international trade system is driven by his long-held view that China’s trade abuses, subsidies and industrial policies are a major cause of the decline of US manufacturing. In 2017, the US trade deficit with China was $375 billion, the largest on record and accounted for nearly two-thirds of the total US global trade deficit. But reluctant to negotiate a more balanced trade relationship that both sides agree it needed, Trump has asked China to devise a plan to reduce its bilateral trade surplus with the US by $100 billion.

This reflects Trump’s odd, zero-sum view of trade, which defies economics, history and global supply chains. To Trump, the measure of any bilateral trade relationship or trade agreement is simply whether or not the US has a trade deficit.

But a trade deficit does not mean that one side gains and the other has nothing. It is a voluntary exchange: If I buy a car, I may have a $30,000 deficit with the car dealer. But I have a new car.

That is the very basis of trade. Trade deficits are a result of macro-economics - a nation’s savings and investment, and budget deficits, whether it consumes more than it produces. Trade agreements are designed to expand market access for trading partners’ respective goods and services, not to guarantee outcomes, surpluses or deficits.

Trump calls for "reciprocal, fair and open trade." But to Trump fair means the US has no deficit. By that measure, "fair" trade is an impossible standard. It is why Trump rejected TPP, is renegotiating NAFTA and the US-Korea Free Trade Agreement, and why he refuses to negotiate any multilateral trade deal.

However, Trump has a point, US public opinion blames trade for many of its woes, though most job losses this century are due to technology, robotics/automation. Nor is it unreasonable to update trade accords to shape new rules for digital commerce, emerging technologies and the environment. The WTO failure to complete the Doha trade round reflects flaws and it is not well-equipped to address issues raised by rapid rise of emerging economies, most dramatically China, now the world’s No.1 trading power. Few dispute that the WTO needs reform, and recent agreements between the US, EU and Japan suggest reform negotiations may soon begin.

But Trump, as his steel tariffs reflect, is pursuing unilateral US remedies, which is his preference, rather than update and work through the multilateral trade system.

This approach will soon drop a bombshell on US-China economic relations. Next month, Trump will announce the results of a Section 301 trade investigation to determine if China’s policies and practices in regard to, "technology transfer, intellectual property, and innovation are unreasonable or discriminatory and burden or restrict US commerce."

The investigation, which began last August, is examining whether China has violated intellectual property laws or stolen software, technology, unfairly pressured US firms to transfer technology and/or form joint ventures in order to invest in China. There is serious concern in Silicon Valley that Trump will not only impose sanctions on China, but may bar investment from Chinese SOEs and many private firms in the US technology sector.

In addition, there is legislation in the Congress to tighten restrictions on foreign investment in the tech sector. This could disrupt both US and Chinese tech innovation as there is much cross-investment and collaboration among both nations’ tech industries. The US is especially concerned about efforts to develop standards for 5G broadband technology as well as Artificial Intelligence and other technologies in Beijing’s "Made in China 2025"policy.

These developments could create immense tension in already volatile US-China ties. Trump’s goal of reciprocity in trade and investment is reasonable. The issue is how to best achieve it. Trade conflict is more likely to grow and spin out of control with Trump’s unilateral tactics. A better approach would be to finish negotiations on a pending US-China Bilateral Investment Treaty (BIT). A robust BIT with few sectors excluded could be a useful mechanism to ensure more reciprocal economic relations. In the meantime, US-China economic ties are in for a wild roller coaster ride.