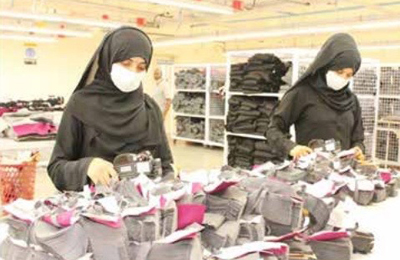 After the TPL expires, all trade under the Bahrain FTA must adhere to the "yarn forward" rule of origin, limiting allowances for the use of yarn and fabric from third parties.

TEXTILE factories in Bahrain fear they could lose millions of dollars in trade and thousands of jobs could go if a tariff agreement with the US is not renewed next year.

It was included in the US-Bahrain Free Trade Agreement (FTA) and waived limits on how much yarn and fabric could be sourced from third parties before exporting products to the US.

However, the clause expires on July 31 next year and US legislators have so far failed to secure approval to extend it.

The Senate Finance Committee last week rejected an attempt by US Senator Bill Nelson and Congress members Gwen Graham and Jeff Miller to extend the Tariff Preference Level (TPL) until 2026.

Mr Nelson had sought to attach the extension to a larger trade bill called the African Growth and Opportunity Act (AGOA), which provides about 6,000 African products with preferential quota and duty-free access to the US market.

The AGOA is due to expire in September and the Obama administration is seeking a 15-year extension.

Another bill seeking the TPL extension was introduced by Ms Graham and Mr Miller last month as a part of the Northwest Florida Jobs Certainty Act and referred to the Ways and Means Committee, but no hearing has been set.

After the TPL expires, all trade under the Bahrain FTA must adhere to the "yarn forward" rule of origin, limiting allowances for the use of yarn and fabric from third parties.

The rule was suspended for the first 10 years of the FTA, which took effect in August 2006.

This allowed companies like Bahrain’s MRS Fashions, West Point Bahrain, Ambattur Clothing International and Noble Garments Factory to use raw materials imported from countries that are not signatories to the FTA and then export products to the US duty-free.

In the post-TPL regime, the four Bahrain-based textile exporters, which together ship an estimated $200 million worth of goods to the US every year, will no longer be able to export to the US duty-free - unless they can prove all constituent parts "from the yarn to the fabric to the thread" are made either in the US or Bahrain.

MRS, Ambattur and Noble, all apparel manufacturers, and West Point Bahrain, a home furnishing manufacturer, together employ around 6,200 people.

Apparel and textiles contribute 27pc of total exports from Bahrain to the US and investment in the sector is believed to be in excess of $250m.

An industry representative told the GDN on condition of anonymity that the companies would be forced to leave Bahrain if the tax-exempt status was not extended, since it would make their business "completely uncompetitive".

"We will be unable to match the prices set by factories in India, China, Vietnam and Bangladesh because the labour costs in Bahrain are too high," he said.

He added companies had been raising the issue with the American Chamber of Commerce Bahrain (AmCham Bahrain) and government agencies for more than a year.

If the tariff agreement is not extended two of them have already set up manufacturing in Jordan and another firm has an operation in Oman, which would be scaled up.

Oman and Jordan have similar FTAs with the US, but as they came into force much later than Bahrain’s (January 2009 for Oman and January 2010 for Jordan) they have more time to secure extensions to TPLs.

Omani authorities have already started lobbying to get the extension with more than three years remaining and are confident of getting it, claimed the industry representative.

Besides job and trade losses, failure to get the TPL extended could also result in "Made in Bahrain" labels on garments disappearing from US stores. The TPL expiry also has implications for the US. West Point Bahrain is a subsidiary of US textile manufacturer West Point Home, which operates a plant in Chipley, Florida.

The Bahrain unit produces yarn that is shipped duty-free to the Chipley plant employing about 250 workers, who make comforters, quilts and other home furnishings.

West Point Home has said it may have to close the plant if it is forced to pay higher tariffs for raw materials imported from Bahrain. AmCham Bahrain president Qays Zu’bi told the GDN that the organisation would increase pressure to extend the tariff agreement.

However, the US Embassy in Bahrain could not be reached for comment. The GDN reported last week that the Cabinet approved amendments to the FTA, which will result in new articles involving the country of origin of products, in a bid to add more services and products to the agreement. avinash@gdn.com.bh