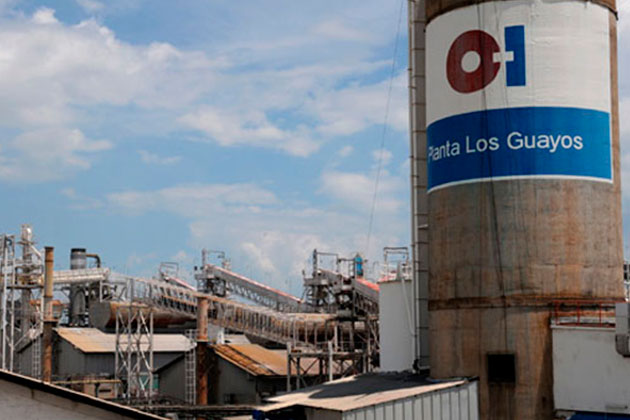 (Reuters) - U.S. glass container maker Owens-Illinois Inc has sued Venezuela and state-owned companies as it seeks to collect a $500 million arbitration award over the 2010 nationalization of two plants, according to a lawsuit filed on Monday.

Owens-Illinois was granted the award in 2015 by the International Centre for Settlement of Investment Disputes, which said the company was entitled to $372 million plus interest, the filing in the U.S. District Court in Delaware showed.

The cash-strapped Venezuelan government has little in the way of offshore assets, which has encouraged creditors to consider creative ways to collect.

In November, Venezuela reached a deal with Canadian mining firm Crystallex International Corp that had sought to collect an arbitration award against Venezuela by seizing Citgo via a court order. The government agreed to pay $1.2 billion in installments to protect Citgo.

PDVSA in August agreed a $2 billion settlement with ConocoPhillips after the U.S. producer had seized PDVSA Caribbean assets in an attempt to enforce its claim.

Previous agreements by the Venezuelan government and its state-run companies over dozens of arbitrations and legal claims related to late socialist President Hugo Chavez’s nationalizations have mostly ended in renegotiations and legal disputes.

PDVSA and Citgo did not respond to requests for comment outside regular working hours.

It is unclear whether the case could be affected by U.S. sanctions against PDVSA, amid an intense power struggle for control in Venezuela between President Nicolas Maduro and self-declared head of state Juan Guaido.