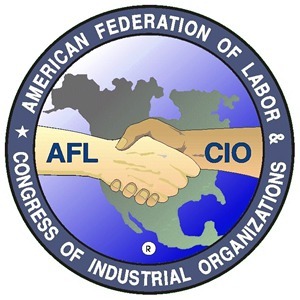 Following the US mid term elections, right-wing politicians are gearing up to attack working people, trade unions and employment rights.

The union umbrella organisiation, the AFL-CIO, has now issued a statement saying that workers and unions are prepared to fight back against what they say will be ‘extreme legislation’ which will be harmful and unpopular.

Unions say they will fight to ensure such policies do not get passed. AFL-CIO President Richard Trumka said unions would focus on the agenda that working families want, one of raising wages and creating an economy that works for all Americans.

“In the wake of the elections, many state and local politicians have already begun to signal their intent to wage assaults on working people in their states. While national political pundits debate outcomes, the AFL-CIO and its allies also have a keen eye on the developments at state and local levels.

“We have no illusions there are radical politicians who are far more concerned with appeasing their corporate donors and being a tool for groups like ALEC (American Legislative Exchange Council – an extremist free market group) than standing for working family issues. This is despite the fact that the Raising Wages agenda remain of utmost importance to most Americans.

“A majority of the electorate are struggling economically and 68% of voters agree that raising wages is good for workers and the economy. The majority of people want rights at work. We want the ability to stay home if we’re sick. We want fair and equal pay. And we believe if you work for and earn a pension, you should get it.

“We also know that this fight will not be the labor movement’s alone. We are fully engaged with our allies in the community and more importantly know that the values we stand for are in complete sync with the majority of Americans. It will take a collective effort to preserve and expand our values, and we are up to the task.”

Unions are also mobilising opposition against trade agreements, launching a major advertising campaign against ‘Fast Track’ legislation which would drive through new trade deals with a ‘take it or leave it’ vote in Congress without line-by-line scrutiny by elected politicians, including the proposed Trans-Pacific Partnership deal and the EU-US TTIP proposals.

Unions, led by the AFL-CIO and including the United Steelworkers, United Autoworkers, the Communication Workers, the Machinists’ union and public services union AFSME have launched a ‘station domination’ advertising campaign aimed at stopping congressional action on Fast Track legislation in the upcoming ‘lame duck’ session of Congress.

The adverts are running throughout Capitol South Metro station, one of the busiest stations on Washington DC’s massive Metro system, and have drawn attention to the hidden consequences that trade deals often have for working people.

One of the adverts features Marcos V, a Texas oil refinery worker and a member of the United Steelworkers. He says that the proposed Trans-Pacific Partnership trade agreement (currently being negotiated between the US and Australia, Brunei, Canada, Chile, Japan, Malaysia, Mexico, New Zealand, Peru, Singapore and Vietnam) if pushed through under ‘Fast Track ‘could be “devastating to the oil industry and manufacturing industry by offshoring jobs, chipping away at wages and risking the safety and environmental protections unions have brought us for decades. The TPP could threaten our rights to organise and bargain collectively”.

The AFL-CIO said fast-tracking trade deals sets the US on a path to taking policy-making out of the hands of elected politicians – who have to answer to voters – and turning it over to trade arbitrators who favour corporate interests.

“Fast Track is a misguided and undemocratic policy that advances the corporate trade agenda and bad deals such as NAFTA, CAFTA and the Korea FTA. Congress must end the secrecy and create a new process to develop and implement trade, investment and economic policies that will promote good jobs, rising wages, a clean environment and a fair economy for us all. America’s workers simply can’t afford more Fast Track.”