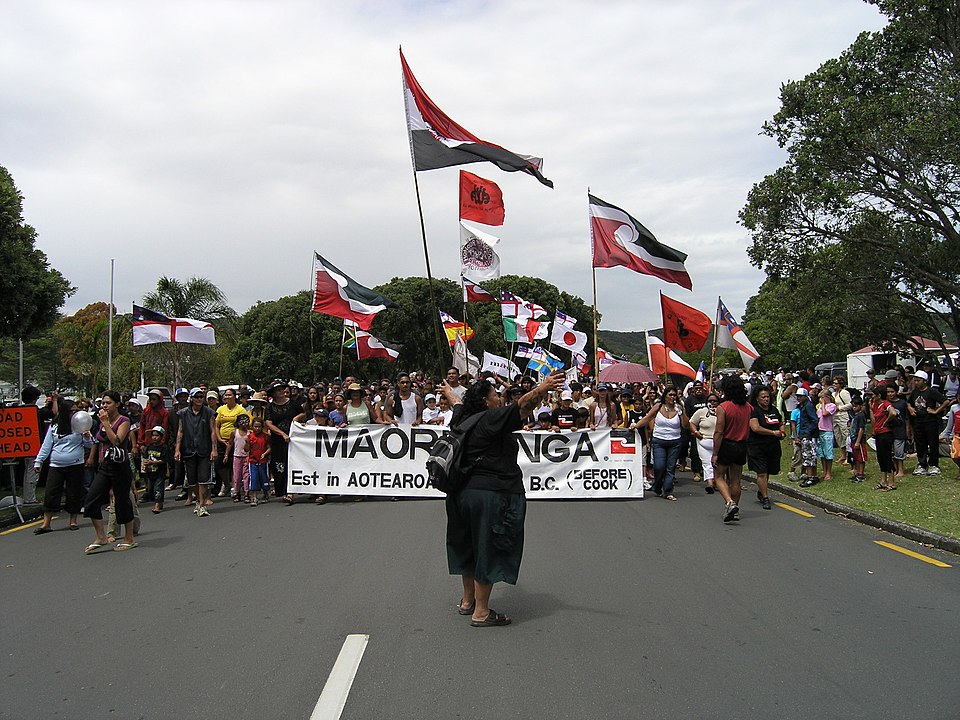 “Vindication, with high expectations that Māori will at last be able to protect our Tiriti rights in international trade agreements”. That is claimant Moana Maniapoto’s response to the Waitangi Tribunal’s final report in the long-running Wai-2522 claim that the Trans-Pacific Partnership Agreement (TPPA) that was released today.

The Tribunal agrees that the successor to the TPPA, the Comprehensive and Progressive Agreement for Trans-Pacific Partnership (CPTPP), breaches the Crown’s obligations to Māori under Te Tiriti o Waitangi and failed to protect Māori rights and interests in data and the digital domain.

After hearing evidence from tikanga Māori experts and practitioners Potaua Biasiny-Tule, Dr Donna Cormack, Dr Karaitaina Taiuru, the Tribunal recognises that data is part of mātauranga Māori and that mātauranga is a taonga.

That puts a heightened duty on the Crown to actively protect those rights, interests and kaitiaki responsibilities under Te Tiriti.

The Tribunal applies this Māori conceptual lens to assess the impact of the CPTPP’s electronic commerce chapter on the evolving development of Tiriti-based policies on mātauranga Māori and the way the digital domain is governed.

The Tribunal pulls no punches in finding the Crown has breached the standards required by partnership and active protection in Te Tiriti/The Treaty:

“We do not share the Crown’s confidence that Māori rights and interests in the digital domain are unaffected by the e-commerce provisions in the CPTPP”. (p.186)

“We conclude that Māori rights and interests were not given much (or any) particular consideration in setting the negotiating mandate ...

We are not convinced that reliance on exceptions and exclusions is sufficient to meet the active protection standard. ...

[T]hese provisions were adopted with minimal or no consideration of Māori rights and interests guaranteed in Te Tiriti/Treaty. ...

We see as particularly problematic the failure to apppreciate or understand the link between data and mātauranga Māori, a taonga also guaranteed to Māori under te Tiriti/the Treaty, and in respect of which the Crown has a duty of active protection.” (p.174)

The Tribunal finds that this breach has created a material risk that the TPPA/CPTPP will prejudice New Zealand’s ability to implement a Tiriti-based digital regime in the future.

The Tribunal opted not to make formal recommendations, but to rely instead on processes put in place after a mediation between claimants and the Crown.

But the report makes it clear that protection of mātauranga Māori requires “at a minimum engagement and discussion in the spirit of shared decision making”.

Wai 2522 co-claimant Moana Maniapoto stresses the urgency of a positive response from the Crown.

“The TPPA claim has taken five years, and we have waited another a year for this report. Meanwhile, the Crown has continued negotiating free trade deals with the United Kingdom, European Union and World Trade Organization along the lines of the TPPA/CPTPP. We want to see those texts and have effective input on them so we can properly protect our rights and interests”.

“We also agree with the Tribunal that the Crown needs to give priority to developing, with Māori, Tiriti-compliant policies and laws on Māori data sovereignty and governance, and regulation of the digital domain, before it enters into any more similar agreements.”

“However, the Tribunal seems to think much more is happening on that front than we see on the ground. Domestic processes are moving very slowly, while free trade agreements move much faster and in secret.”

“Te Pae Tawhiti, which was announced two years ago to implement the Wai 262 report, Ko Aotearoa Tenei, is just getting of the ground. A discussion paper on a Digital Strategy for Aotearoa that was released last month used lots of Māori terms, but made just one passing reference to Te Tiriti. The review of digital trade policy that the Minister’s Trade for All Advisory group called for two years ago has yet to happen.”

Ms Maniapoto acknowledges that the Crown, through Ministry of Foreign Affairs and Trade officials, says it is committed to change. But there is little evidence of substantive change.

“We’ve had enough talk and promises. We want to see a real difference in how these agreements are negotiated and how our rights are protected, including a seat at the negotiating table so we no longer have to rely on the understanding and goodwill of the Crown - something this report shows was lacking.”

“At the same time, we want domestic policies that mean we don’t have to keep fighting these rearguard actions just to keep the policy space open.”