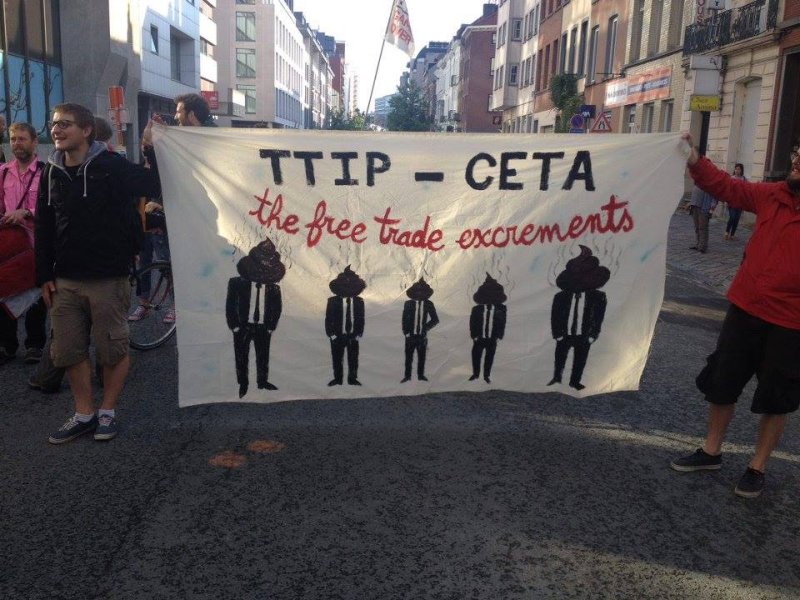 The Belgian region of Wallonia, which gained worldwide notoriety by keeping the CETA agreement and an EU-Canada summit hostage for several days, unveiled the Namur Declaration on Monday (5 December), proposing a new way to negotiate international trade treaties.

Named after Namur, the capital of Wallonia, the declaration is signed by three dozen university professors from many countries, including the US and Canada. These include its architect, Paul Magnette, the minister-president of Wallonia, who signed in his capacity as a political science professor at the Université Libre de Bruxelles [see list].

Magnette is reported to have handed a copy of the Namur Declaration, before it was published, to European Commission President Jean-Claude Juncker.

The three-page document points to the heated debates generated by CETA as a sign that the way the EU negotiates international economic and trade agreements, as well as their content, increasingly falls afoul of public opinion.

To answer European concerns, the proposals must, according to the signatories, become the standard in every negotiation of trade and economic treaties in which the EU and its member states are stakeholders. They should enable the EU to demonstrate that trade does not serve private interests to the detriment of the public interest, the signatories believe.

The proposals are grouped into three clusters: Respect for democratic procedures, Compliance with socio-economic, sanitary end environmental legislation, and a Guarantee of public interest in the dispute resolution mechanism.

The declaration makes it plain that the EU is currently not in a position to negotiate the planned free trade deal with the US, TTIP.

Public analyses of a potential new commercial treaty should be conducted before establishing a negotiating mandate, in order to guarantee that it will contribute to sustainable development, the reduction of poverty and inequality, and the fight against climate change, the declaration states.

It further says that the negotiating mandates regarding mixed agreements (of the competence not only of the EU, but of national governments) should be the object of prior debate in national parliaments, including regional parliaments with equivalents powers, involving as much as possible representatives of the civil society. Also, the interim results of the negotiations should be made public.

The ratification of key instruments for the defence of human rights, the core International Labour Organisation conventions, the recommendations of the BEPS project (Base Erosion and Profit-Shifting) and the Paris Agreement shall be obligatory for the parties, the declaration says.

Regarding dispute resolution, it states that the recourse to national and European-competent courts should be favoured.

In a recent speech, Magnette said that if CETA encountered resistance in Wallonia, it is not because its politicians find pleasure in being a stereotypical Gallic village à la Astérix, but because of its strong democratic tradition and its power to ratify an international treaty.