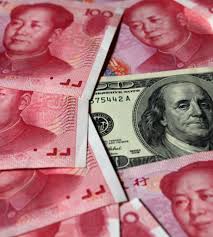 War of the FTAs

As an exhausted World Trade Organisation struggles, expect a war of FTAs as rich countries hit back with new trade regimes under TPP and TTIP while emerging markets build the RCEP

It is tough to admit failure. Even more so when a bunch of bed-raggled countries can hold global leaders to ransom and wreck their efforts to create global rules.

This is what happened with WTO. A club of rich countries created WTO to suit their interests while largely ignoring the pleas of the poor countries. While the process started many decades ago, WTO’s efforts to create harmonised trade rules were questioned by emerging economies. Growing rapidly with a hungry consuming class, the emerging economies realised how unfair some of the WTO rules were.

Europe could spend a billion dollars a day to subsidise its farmers, but baulked when countries like India and Brazil wanted to continue the same. It is no surprise then that an exhausted WTO has not been able to bring harmony in an increasing globalised economy.

In many ways, WTO has failed the rich countries. And now led by the US are cobbling together new trade regimes under TPP and TTIP that will impose tough conditions on emerging markets that WTO could not. TPP is Trans-Pacific Partnership that the US is negotiating with 11 countries through the Asia Pacific region. The 11 countries are Australia, Brunei, Canada, Chile, Japan, Malaysia, Mexico, New Zealand, Peru, Singapore and Vietnam. Once complete it will create a multi-continental free trade agreement to suit US interests. These countries will have special access to US markets while US will exports its products to them with special advantage. Interesting to note that China, India and Brazil don’t figure in this list. These countries have created a lot of problems for the US in WTO. So the natural response of the US is to block them out of trade agreements.

Look at the other big one also being put together by the US. TTIP is the Transatlantic Trade and Investment Partnership between US and Europe. Here there is little scope of participation by emerging economies. Together TTIP will emphasise the clear economic divided between the arrived and the arriving countries.

This market will reduce tariffs and all other barriers to create an ideal common market between the two richest regions in the world.

Not surprisingly, the African continent does not figure in either of these efforts. These efforts are to create a club where only a few can enter. Those who want to enter will have to abide by strict laws and conditions that would not have been possible under WTO.

Emerging economies are also gearing up to create a market that suits its needs. The RCEP is the Regional Comprehensive Economic Partnership between the ten countries of Asean and the six countries that already have FTAs with them. These six countries are Australia, China, India, Japan, South Korea and New Zealand. A few of these countries are common to TPP but mostly, this will be a club where emerging economies will work as equal partners with developed ones like Japan, South Korea and Australia.

The trade policy regulatory regime that emerges from TPP and TTIP will be biased against emerging markets. The standards for products and services will make it difficult for companies from emerging economies to penetrate TPP region. TPP and TTIP are also a result of the fear of a multi-polar world.

Some studies indicate that China, India, Brazil and Indonesia will be among the top five economies of the world by 2030. This is just over 15 years away.

This spectre is haunting Europe and US who have long used to dominating the world. Now the emerging economies will have to get their act together to justify their imminent growth.

Competitiveness of its products will have to improve. Bigger investment in quality standards will be essential. The emerging economies have to outplay the rich markets at their own game. This will require deep efforts by the governments. The war between FTAs will be upon us soon. It is time to get battle ready.

The author is a Consulting Editor with Businessworld. You can write to him at pranjal@businessworld.in or tweet @pranjalsharma