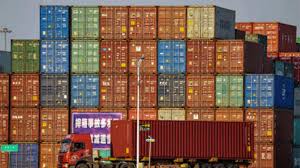 India’s indecisive stance on the Regional Comprehensive Economic Partnership (RCEP) and agreement to review the free trade agreement, or FTA with the Association of South East Asian Nations (ASEAN) - a group of 10 South East Asian nations’ group - indicates it has been evaluating options outside the larger regional group as well.

Officials in Ministry of Commerce and Industry told Business Today that a similar request has also been made to Japan and South Korea to review the Comprehensive Economic Partnership Agreements signed with both the countries, respectively. Separately, India is negotiating FTAs with Australia and New Zealand as well. The regional group RCEP is an attempt to integrate ASEAN countries and their FTA partners - India, China, Japan, South Korea, Australia and New Zealand - in a free trade zone. It means, India is trying to work out a liberal trade deal with practically every country in the block except China.

India is still officially open to the deal and has invited all trade negotiators of member countries over the weekend (September 14-15) to look for ways to crack a ’better deal’. If these negotiations bear fruits, it would practically be an end of the RCEP road. Initially, RCEP was seen as an alternative to the Trans-Pacific Partnership (TPP). It gained a new dimension after the US pulled out of the TPP and subsequently initiated a trade war, largely against China.

Minister of Commerce and Industry Piyush Goyal, who just returned from a ministerial meet in Bangkok, has two tasks to take care of - improving country’s export statistics and expanding the manufacturing capacity base. "India will keep the national interest in mind, before committing anything on RCEP," said Goyal.

RCEP might open avenues for cotton exporters and pharmaceutical traders. However, those who advocate India’s commitment to RCEP argue that it will allow country’s integration with global value chains (GVCs), and provide greater opportunities for investment. "The national interests cannot be hijacked by one of two sectors ; this has to be seen in a comprehensive context," Goyal clarified.

Back home, PM Narendra Modi’s regime was under immense pressure from their ideological parent Rashtriya Swayamsewak Sangh’s economic think-tank Swadeshi Jagran Manch, or SJM to resist commitment to RCEP and instead review these trade agreements. "It is unheard of in trade diplomacy not to have exit or sunset clause. The benefits cannot be unlimited. This is the undoing of the wrong that happened in the agreement," says Ashwani Mahajan, national co-convener of SJM, "The agreements with Japan and South Korea are an extension of these wrongs." RSS and their affiliates believe that these agreements were tilted against domestic players and created an imbalance across manufacturing and services sectors.

This is seen as a bold step amid economic slowdown and practically flat export-to-GDP growth. It now requires regrouping of the GVC business models, especially from India’s perspective. Trade experts rate the new development as a ’real opportunity’ to integrate with manufacturing capacities with ASEAN countries, especially when India is building up the trade infrastructure connecting these countries with road and forming another block BIMSTEC. This would create more opportunities for manufacturing sector, along with services.

At RCEP, foreign minister S Jaishankar articulated that the RCEP deal might trigger dumping by Chinese companies in India. "The agreement would call for reducing tariffs that would lead to a flood of goods from China. India will not have equal access to Chinese markets. It will widen trade deficit even more."

Even without a trade agreement with China, India’s trade deficit with the country has risen 13 times over the last decade. China, according to a NITI Aayog paper, accounts for around 50 per cent of India’s trade deficit. The deficit has been widening every year. Joining RCEP would tantamount to de-facto signing an FTA with China and giving the country market access to India. China is looking to compensate for the export loss in the US. RCEP provides the country a viable platform for this purpose. That said, joining the pact could be detrimental to India’s interests.

India is hopeful of similar review with Japan and South Korea to open up doors for GVC-led manufacturing without China. Separately, it is negotiating with China to open up their market for Indian products along with removal of non-tariff barriers.

Those advocating RCEP argues the deal is the ’biggest opportunity’ for India. They say partnership should not be seen from the prism of bilateral trade deficit with China, as there are opportunities, especially when the labour cost in China is increasing and manufacturing is facing a slowdown.

The review of ASEAN Trade pact will strengthen many of these opportunities that will benefit manufacturers of glass, capital goods, automobile, pharmaceuticals, along with textiles, engineering goods and telecom equipment. Last year in Singapore, participants agreed to conclude the discussion on RCEP by November 2019. The intent, seemingly, was to put pressure on India to commit itself to the block. Focus shifts to November meet, where trade negotiators of the largest block will review the FTA instead of signing the mega trade multilateral.