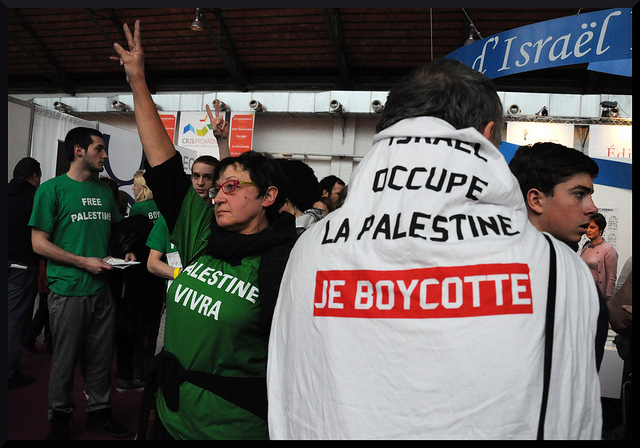 Op. What Palestine needs is for Europe to honour its own agreements

In light of the latest developments in the diplomatic arena, including a Security Council Peace Initiative, the UN report on the 2014 Gaza aggression and Palestine’s first submission of information to the International Criminal Court, it is worth reminding ourselves of Europe’s role in and responsibility for solving the question of Palestine.

Internationally, it is often forgotten that the two-state solution is built on a huge concession of Palestinian land: 78% of what was Palestine before the creation of Israel in 1948. This painful decision came out of years of internal discussion and external dialogue, in an attempt to achieve the long-overdue recognition of the rights of the Palestinian people and ensure peace for everyone in the region. Europe stood with us at the centre of these discussions and committed itself to supporting a political process which would realise this common goal.

That was in 1988, almost three decades ago. Over time, the political process somehow became an end in itself, the only goal being to get the two parties to the table – nowadays an almost feverish obsession for some governments. It didn’t matter how many Palestinians were killed or imprisoned, or that the bulldozers continued to crush Palestinian homes or even projects funded by the EU, while the cranes built more illegal settlements for Israeli citizens. It hasn’t mattered that one party at the table does not even want the two-state solution, as Mr. Netanyahu openly announced on the eve of the election in March of this year. (He rowed back on the claim after winning reelection four days later, prompting a number of his apologists in Europe to play it down as mere ‘campaign rhetoric’.) It seems not to matter that the current reality is of a single state and two systems – one of privilege for Israeli Jews and one of discrimination for Palestinian Christians and Muslims.

Over the years, the EU has tried to incentivise Israel to come to the table with juicy little carrots, the EU-Israel Association Agreement being a case in point. This document enshrines human rights and political progress as basic conditions for an agreement which provides Israel with a whole host of benefits. Israel ignores the conditions and yet reaps the benefits. The logical outcome? Israel has nothing to fear from its violations of international law and no incentive to negotiate a solution.

What we, as Palestinians, are asking from Europe is nothing more than that the EU protects their own 20-year-long investment in the two-state solution by respecting its own obligations under domestic and international law. Nothing more than adherence to its own policies. Nothing more than allowing our people the same basic human rights to which all people are entitled.

Under international law, states have a duty not to support Israel’s occupation of Palestinian land. Logic and law dictate that the EU and its member states take active steps towards implementing the two-state solution. Recognising the state of Palestine on the 1967 border is a natural translation of the Palestinian right to self-determination. This right, as stated in Europe’s own Berlin declaration of 1999, cannot be subject to any veto (meaning, for one thing, that it cannot be made contingent upon negotiations). Following the EU Guidelines relating to prizes and grants, more must be done to ensure that states are not directly or indirectly supporting the occupation, by banning products and goods made on stolen land with stolen natural resources. Furthermore, Israel’s failure to meet the basic conditions of the Association Agreement with the EU should logically result in that agreement being formally reviewed.

The PLO’s internationalisation strategy is based on the idea that only by ensuring equality and justice will we be able to achieve a lasting peace. When last Thursday Palestine submitted its first files of evindence to the International Criminal Court, we sent the same message: Justice is a universal concept. Europe cannot be the champion of universal human rights with the exception of Palestine. And boosting relations with Israel while the latter is systematically violating the rights of the Palestinian people is not logical and not in line with the law.