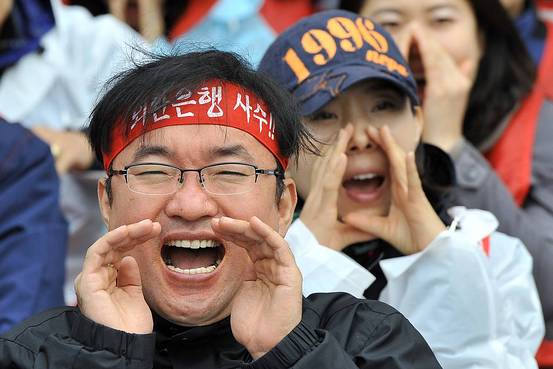 An ongoing arbitration case in Washington D.C. between South Korea and Lone Star Funds may be the final chapter of a bitter dispute spanning more than a decade. However, the heat of argument surrounding the dispute has rarely translated into light. Although the parties are engaged in a lawsuit, there has been little discussion concerning the law involved.

For those uninitiated in the world of international arbitration, below is the primer of the issues at play in the South Korea-Lone Star Funds arbitration.

Who is Lone Star Funds? What was it doing in Korea?

At one point, Lone Star’s most significant investments in South Korea included shares in a construction company, commercial real estate, and the majority share of Korea Exchange Bank (KEB). Eventually, Lone Star fell into dispute with the Korean government in two major issues: first, the acquisition and sale of KEB, and; second, taxes assessed on Lone Star Funds’ investment gains.

What happened with Lone Star Funds’ investments in KEB?

Lone Star began exploring the acquisition of KEB around late 2002. Because Lone Star Funds is not a bank in the traditional sense, Korean law prohibited the sale of the controlling share in a Korean bank to Lone Star unless the Korean bank was in financial distress.

Whether KEB was in fact distressed is a matter of some dispute. There is little disagreement that KEB was in dire straits in the early 2003, as was the case with many Korean banks as they were struggling to exit the disastrous East Asian Financial Crisis of 1997/98. But by early July 2003, there were news reports that KEB had stabilized, and would not need outside help. Regardless, Korea’s financial regulators determined by late July that KEB required capital infusion after all. On September 23, 2003, Lone Star Funds acquired the controlling share in KEB,Korea’s fifth largest bank, for 1.38 trillion won (approximately $1.2 billion.) Significantly, Lone Star Funds made the acquisition through a Belgian subsidiary, presumably to take advantage of the favorable tax and investment treaties between Belgium and Korea.

As the economy improved, KEB rebounded quickly, doubling its valuation by 2005. This quick turnaround aroused the attention of the Korean public, who suspected that KEB might not have been actually distressed when it was sold to Lone Star Funds. This suspicion developed into a strong hostility against Lone Star on the part of the Korean public, many of whom saw Lone Star Funds as a vulture preying upon South Korea in the time of hardship. In response, several branches of the Korean government, including the Bureau of Audits and Investigations and the Supreme Prosecutor’s Office, began investigating KEB and Lone Star Funds.

What were the results of those investigations?

On June 19, 2006, Bureau of Audits and Investigations—the governmental branch responsible for internal investigations—announced that although KEB’s financial conditions were healthy at the time it was sold to Lone Star, the reports of KEB’s finances were manipulated to make the bank appear to be distressed. Based on this conclusion, BAI declared on March 12, 2007 that KEB’s sale to Lone Star was illegal. In response, two KEB executives and the former government official who approved the sale were indicted. However, on October 15, 2010, the Supreme Court of Korea found that the three defendants were not guilty.

How did these investigations affect Lone Star Funds and KEB?

Throughout this time period between 2005 and 2011 during which investigations and trials were ongoing, Lone Star sought to sell its shares in KEB. South Korea’s financial regulators, whose approval was necessary to transfer controlling shares in a bank, blocked each attempt. The regulators said they could not approve the sale while the investigations and trials were pending, because Lone Star’s ownership might be considered invalid depending on the results of the trial. If the original 2003 sale of KEB was wrongfully obtained, for example, it was theoretically possible that Lone Star’s acquisition would be unwound, leaving Lone Star with nothing to sell. (As discussed further below, Lone Star disputes the legality of this regulatory delay.)

Lone Star had three potential buyers for the KEB shares, but a sale did not materialize. (Lone Star Funds did sell a small portion of its shares in June 2007. This sale did not require regulatory approval, as it did not transfer control of the bank.) Perhaps the most costly was the failed deal between Lone Star and HSBC. In September 2007, Lone Star Funds and HSBC had a preliminary agreement for the sale of KEB shares, pending regulatory approval. However, Korea’s financial regulators continued to hold off the approval, HSBC walked away from the deal shortly after the Lehman Brothers collapse in September 2008. In essence, Lone Star was denied the opportunity to maximize its profit in 2007, before, the turbulence in the global financial system significantly depressed KEB’s value.

After the guilty verdict from the KEBCS stock manipulation case was confirmed, the Korean government ordered Lone Star to sell its shares in KEB, as an entity that was found criminally liable was not allowed to hold more than 10% of a bank under the Korean law. This forced sale, according to Lone Star, depressed the price of the KEB shares even further. Eventually, Lone Star Funds managed to sell its shares to Hana Financial Group for approximately 3.9 trillion won (approximately $2.8 billion) on February 9, 2012.

What is the tax issue involving Lone Star Funds?

Because Lone Star Funds is a U.S. entity that set up a Belgian subsidiary that invested in South Korea with an office and staff in South Korea, Korea’s tax treaties with the United States and Belgium applied in properly taxing Lone Star’s profit. In the most simplified form, the important question is which nationality the investing Lone Star subsidiary is considered to have—U.S., Belgian or Korean. The answer to the question determines the amount and the manner in which Lone Star Funds may be taxed for its profits.

ICSID would make its ruling based its own body of law that interprets investment treaties, such as the Korea-Belgium bilateral investment treaty at issue. Both Lone Star and the South Korea submitted their legal memoranda, and are currently going through oral arguments before the ICSID arbitration panel. Under ICSID Arbitration Rule 32, oral arguments are open only to the parties and their representatives, witnesses and experts.

What are each party’s arguments in the arbitration?

The arbitration has two major issues: one involving Lone Star’s failed sale of KEB, and the other involving taxes levied upon Lone Star.

In the first issue, Lone Star claims that the Korean financial regulators, bowing to the public hostility against Lone Star, delayed approving Lone Star’s sale of KEB shares until Lone Star was forced to sell the KEB shares at a much lower price than it would have obtained otherwise. The Korean government argues that there were legitimate reasons to hold up the sale, as the trial regarding the circumstances of Lone Star’s acquisition of KEB was ongoing. In response, Lone Star argues that the trial did not give Korea’s financial regulators the basis to delay the approval of the sale, because the actual unwinding of KEB acquisition was unlikely, and the regulators only had the authority to assess the fitness of the buyer of a bank, not the seller (i.e. Lone Star.)

In the second issue, Lone Star claims that South Korea’s tax authorities applied inconsistent standards on the three instances in which it made profit, for the purpose of extracting the maximum amount of taxes from Lone Star. In response, the Korean government argues that its tax authorities had legitimate bases to make its determination in each instance, and making such determinations does not violate the investment treaty.