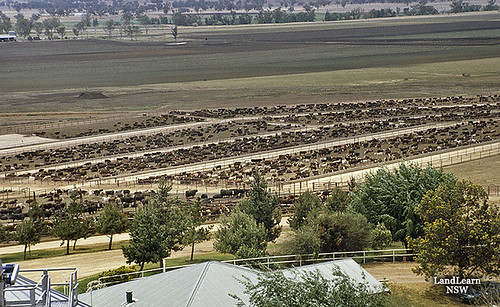 Brexit has set many precedents and they may not always be good for us – or for the environment.

The government started negotiating new trade deals 18 months ago and has rushed through negotiations with Australia, trumpeting the new deal as an opportunity to demonstrate the benefits of leaving the European Union. Discussions that often take close to a decade appear nearly complete.

On June 15 2021 Secretary of State for International Trade Liz Truss announced  a “win-win deal for our £14bn trading relationship”. In fact, it’s only an agreement in principle.

But this anxiety to strike a deal – any deal – as quickly as possible could have unfortunate and far-reaching consequences for the environment.

The Australia trade deal will be the UK’s first entirely new free trade agreement outside the European Union. It will set a precedent for how we trade in the future, demonstrate the environmental standards and ambitions we expect from our trading partners, and show where we as a nation are willing to compromise.

Despite the headlines, the deal isn’t concluded. The final agreed text isn’t expected to be available for parliamentary scrutiny until the end of the year at the earliest . So, what can we already tell about the conflict between speed and environmental ambition when it comes to new trade deals?

This deal fails to fulfil the government’s commitment to protect all of our standards.

The government has repeatedly been forced to confirm that neither this nor any other trade deal will undermine existing UK import standards, such as the ban on hormone-injected beef. But this isn’t the whole story. Many Australian environmental standards are lower than the UK’s and only a few of these are covered by import bans upheld by government guarantee. The rest are UK-only standards, prohibiting things like mulesing (a painful process condemned by the RSPCA , where skin is stripped from the hindquarters of sheep to control pests), branding cows with hot irons, and using certain antibiotics and pesticides. These standards won’t apply to products imported from other countries, including Australia.

An outcry by farmers and NGOs has already pressured the government to set up a Trade and Agriculture Commission (TAC) to consider new trade deals and whether their implementation would directly impact standards. The government has also promised that if a Select Committee asks for a parliamentary debate on a deal once it’s been agreed, it can have one. But neither the TAC nor parliament will be able to stop the government from ratifying a trade deal, even one that threatens to undermine our domestic standards by allowing imports produced in ways that would be illegal in the UK.

The government has presented parliamentary sovereignty and the ability to strike new bilateral trade deals as two of the key benefits of the UK’s exit from the EU. However, parliamentarians in the UK now have less power to shape or oppose new trade agreements than those in the EU and Australia. And by accepting more imports that fail to meet UK production requirements, the government is sending a message that our animal welfare and environmental standards can be influenced by other governments.

Our consumption will increase environmental damage in Australia

What’s worse, as well as undermining UK standards, this deal will also cause environmental damage. Government scoping  suggests that the UK will import between 7% and 83% more goods from Australia, depending on the final deal. The things we buy will be increasingly responsible for negative environmental impacts in Australia – where farmers have used 18 times more antibiotics  in chicken production than the UK, sediment from beef production has been linked to a decline in coral in the Great Barrier Reef, and in Queensland alone, more than a hectare of bushland is cleared every two minutes  for beef and sheep production.

The news so far hasn’t been encouraging – the UK has offered to remove all tariffs and quotas (taxes and limits on imports) within 10-15 years, which could lead to huge increases in imported food. This is likely to hit UK farming hard, as Australia’s lower standards mean that its goods are cheaper to produce. To remain competitive, UK farmers will need extra financial support or the option to downgrade their own standards to cut costs – which could lead to lower UK standards in the long run.

According to initial announcements, the trade deal’s environment chapter will be based on the Comprehensive and Progressive Trans-pacific Partnership (CPTPP). This could be positive – under the CPTPP model, any commitments in the chapter would be enforceable through the deal’s dispute settlement mechanisms. Often, trade deals don’t allow either side to complain if the other trading partner ignores their environmental commitments. Unfortunately, most of the CPTPP environment commitments are more like vague aims, making it hard to prove when either side isn’t complying. And nothing in the CPTPP environment chapter is world leading.

Negotiations on TPP (the basis of CPTPP) began in 2008 and concluded in 2016. The Australia deal copied this already dated approach, which meant the deal was quick, but it’s likely only to require that each side tries upholding old commitments to cooperate, combat illegal wildlife trade and tackle overfishing. One rumoured addition is “a provision which affirms commitments by each country to tackle climate change, including under the Paris Agreement”. But restating existing commitments is not the same as establishing the mechanisms to make sure each side meets them.

Additionally, Friends of the Earth has heard that the Australia deal will have an animal welfare and antimicrobial resistance chapter that recognises the concerns organisations like the RSPCA, Compassion in World Farming and the Alliance to Save our Antibiotics have raised about welfare standards in Australia.

However, while it looks like it will be packed with warm words, this chapter will apparently stop short of including concrete requirements that would enable the UK to block Australian imports produced to lower welfare standards. Instead, the deal reaffirms “Australia and the UK’s right to regulate on animal welfare and the right of each of Australia and the UK to establish its own policies and priorities for the protection of animal welfare”.

The Australia trade deal (probably) won’t contain provisions allowing foreign investors to sue governments for making decisions that harm their profits. This is good, because these investor-state dispute settlement (ISDS) rules have been used by investors to challenge government efforts to tackle the climate crisis. For example, UK companies are currently using them to take the Slovenian  and Italian  governments to court for implementing environmental protections.

This omission doesn’t represent a change in UK trade strategy, just an understanding in government that ISDS is controversial. Adding it to the deal could have led to delays. But because the UK is also seeking to join the CPTPP, which contains ISDS provisions and has Australia as a member, the UK could yet end up handing control of regulations to Australian companies. Australian investors currently operating in the UK include EMR, which controls a proposed Cumbrian coal mine, pesticide producer Nufarm, and a number of mining firms currently working in Northern Ireland.

This deal sets a dangerous precedent

It’s instructive to see what we can learn from the first trade deal struck between the UK and another nation. If this deal had set compliance with the Paris climate agreement as a cornerstone of future trade, as the Trade and Cooperation Agreement with the EU did, or included stronger commitments on environmental action and non-regression, it could have set ambitious precedents. Instead, it looks like it’s been copy-pasted from an existing deal, and it has dropped the negotiating tools of tariffs and quotas at the earliest possible instant.

It shows a government that only cares about standards when it comes to getting farmers off its back – not because standards are inherently important and should be upheld. It shows a country that can be pushed around – if we’ve agreed to remove all charges and limits on goods in our first deal, with no guarantees of high standards, why would future negotiations be any different? And it shows no desire to do anything new – lots of copy-pasting, but little ambition to put net zero commitments or COP grandstanding into practice.

Is there anything that we can do to limit the impacts of all this rushed negotiation on the planet – and the consequences for our sovereignty?

We still don’t know exactly what’s in this trade deal, or even how much of the final text has been agreed by both sides. But Friends of the Earth has built relationships across the UK and Australia to analyse its potential impacts and briefed MPs and Select Committees about our concerns. And all this means we’ve seen media coverage and parliamentary debates about the poor precedents this deal sets, and what needs to be improved in future.

Friends of the Earth, along with other NGOs and MPs, has been working hard to get as much information as possible about the planned deal’s timeline and upcoming opportunities for parliament and wider society to read and comment on it. We’re prepared to help parliamentarians make the most of opportunities to scrutinise it. We hope we can persuade the government to take steps to make sure it won’t increase our global environmental footprint or export environmental damage elsewhere.

But importantly, we’re also now part of the conversation, we’re ahead of the game in looking at other upcoming deals, and we’ve helped make it clear that a rushed trade deal that doesn’t stand up to scrutiny is unlikely to bring popularity internationally or at the polls.