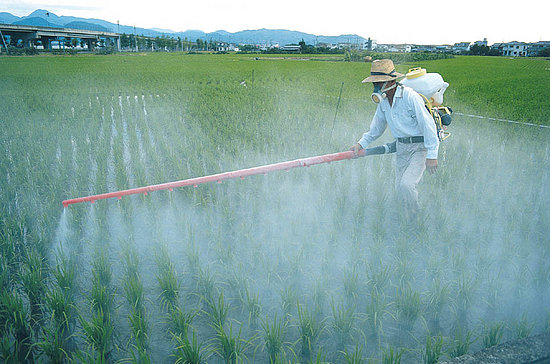 Why EU’s and US’ new trade deal threatens progressive business

Over the past two years, the United States and the European Union have been negotiating a new trade agreement, the Transatlantic Trade and Investment Partnership (TTIP). However, TTIP is not a traditional trade agreement. It is a regulatory agreement aimed at reducing regulatory differences between the US and EU. 80 percent of TTIP’s hypothetical economic benefits would come from eliminating these differences.

The differences reflect legislative progress over the past several years, such as increased amount of information provided by chemicals manufacturers about the safety of industrial chemicals. Because the primary US legislation on industrial chemicals has not been reformed since the 1970s, differences between the US and EU are vast in this arena. The European Commission expects chemical manufacturers to be the second largest beneficiary of TTIP, behind the automobile sector.

Since the start of negotiations, some chemical manufacturers have been using TTIP to stall the development of stronger measures on toxic chemicals in the EU, while simultaneously supporting proposed legislation in the US that would further entrench regulatory differences between the US and EU.

In the EU, representatives from parts of the chemical and pesticide industry have used TTIP to fiercely lobby against stronger protections from hormone (endocrine) disrupting chemicals (EDCs). [1] The US government has also used TTIP’s regulatory objectives to pressure the EU from enacting stronger measures for these chemicals of concern. [2] But the concerns are not limited to EDCs: in 2014, NGOs uncovered efforts to use TTIP to effectively erase the no-data, no-market principle of REACH. [3]

In the US, industry supported bills are now pending in the US Congress to "reform" the broken US system for regulating industrial chemicals (TSCA), but they bear no meaningful resemblance to the stronger, more protective counterpart EU laws. Ironically, this comes despite repeated calls for closer regulatory cooperation and coherence between the US and EU by chemical industry federations. Coinciding with the launch of TTIP negotiations, some US chemical manufacturers surprisingly began to shift from blocking reform efforts to proposing unambitious proposals that would lock-in 1970s-era chemical legislation at the US national level for decades, while simultaneously limiting the ability for states to elevate standards individually as they have for years due to TSCA’s failures.

This double-talk makes it apparent that TTIP would not reduce regulatory differences on chemicals between the EU and US to produce economic benefits, but rather create new opportunities to weaken, slow or stop the development and implementation of stronger rules for toxic chemicals on both sides of the Atlantic. In the end this would lead to diminished market opportunities for companies with progressive chemicals management.

As a result, the European Parliament passed a resolution this summer with a clear demand to the European Commission’s TTIP negotiators: Exclude chemicals from TTIP. It remains to be seen whether the Commission will respect the advice of elected policymakers in the next round, planned for October 2015.

[2] Comments of the US Government, European Commission’s Public Consultation on Defining Criteria for Identifying Endocrine Disruptors (EDs) in the Context of the Implementation of the Plant Protection Product Regulation and Biocidal Products Regulation (Jan. 16, 2015), available at: http://www.usda-eu.org/wp- content/uploads/2015/01/United-States-Submission-Endocrine-Disrupters-2015-01-20.pdf