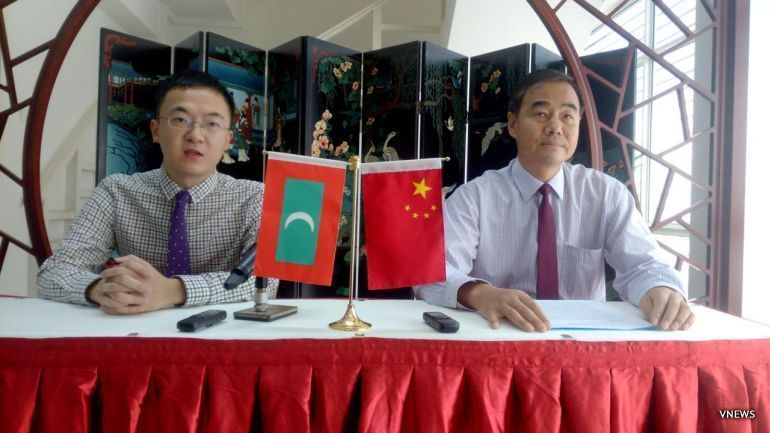 Why is the FTA between China and Maldives important to India?

Last week, Maldives rushed through the much-criticised Free Trade Agreement with China in the Parliament, a move which is being perceived in New Delhi as Male cosying up to Beijing. This is also Maldives’s first FTA with any country. Now that the agreement has been signed between China and Maldives, India on Thursday said it expected the Indian Ocean archipelago nation to be sensitive to New Delhi’s concerns.

This development is important to India as Maldives does not have an FTA with the country. Besides, Prime Minister Narendra Modi has not visited Maldives in the last three-and-half years after he cancelled a proposed trip in March 2015 due to the turbulent political situation at the time in that country.

Needless to say, the FTA agreement between Maldives and China will have a bearing on India and set the tone for its future diplomatic ties with Male.

What is the FTA between Maldives and China?

As reported by the Hong-Kong based South China Morning Post, under the FTA agreement, China will exempt its Maldivian imports, mostly fisheries products, from taxes. Maldives, on its part, would waive tariffs on its Chinese imports. As per the Maldives Presidential office’s statement, the FTA will “enable exemption of duties on fisheries products exported to the world’s largest consumer market”. The Presidential office statement further said: “Maldives transitioned from Least Developed Country (LDC) to Middle-Income Country status on 1st January 2011. However, this growth was accompanied with huge duties levied on fish products exported to the international market.”

It’s interesting to note that the statement didn’t mention India when talking about FTA with other countries. “Maldivian government has extended invitations to establish free trade agreements with countries including Japan, the United States of America, the United Kingdom and countries of the European Union,” read the statement.

Why is it important to India?

China’s forays into Maldives, located in India’s backyard in the Indian Ocean, has already aroused concerns in New Delhi. While India has been closely watching the developments in Male, it has expressed its concerns with the tiny island nation. Quoting South Block sources, The Indian Express had reported on December 1 that the Indian High Commission in Male has sent a report on the development which caught many in Delhi by surprise. Not only is this Maldives’ first FTA with any country, it is also China’s second FTA with any country in South Asia after Pakistan.

What is of particular worry is that while the text of the FTA between China and Maldives was concluded in September this year, there has been little debate and scrutiny of the pact in Male. Also Read: Maldives chill gets deeper, officials face action for meeting Indian Ambassador

Maldivian news agency Mihaaru had reported earlier that “over 500 documents were submitted to the parliament for the ‘Free Trade Agreement Between the Government of the People’s Republic of China and the Government of the Republic of the Maldives’. However, the committee’s final report did not specify whether each member had individually evaluated all the points of the agreement”.

Besides, on the sidelines of the FTA agreement, President Abdulla Yameen also pledged support for China’s 21st century Maritime Silk Road (MSR), as reported by PTI on December 6. India has already expressed concerns over this road, especially because of its implications in the Indian Ocean Region (ICR). The FTA notwithstanding, MEA spokesperson Raveesh Kumar has said that Maldives and India “have strong historical and civilisational linkages, and also at the people-to-people level”.

How is the MSR relevant to India?

The Maritime Silk Road (MSR) is part of China’s ambitious Belt and Road Initiative (BRI), which includes the China Pakistan Economic Corridor (CPEC), Bangladesh, China, India and Myanmar (BCIM) corridor, along with the MSR. India has already opposed the USD 50 billion CPEC and remains silent on the MSR, given its security impact in India’s backyard. India also skipped China’s Belt and Road Forum that was held in Beijing in May this year in which leaders of 29 countries participated. New Delhi has, however, backed the BCIM.

India and China have been engaged in a deadlock over the CPEC as it’s being laid through Pakistan occupied Kashmir (PoK). Although China calls the CPEC a connectivity project, India has raised its reservations about it traversing through the disputed territory.

What does the Maldivian opposition party say about the FTA?

While China has said the FTA serves the interests of the two countries and the region, head of the Maldives Opposition party and former President of Maldives Mohammad Nasheed openly criticised the pact saying it undermined Maldives’ sovereignty and is bad for the region and leaves the country in debt for China.

Nasheed, who is in exile in London, told PTI in a statement that the agreement will deepen the country’s debt trap to China. “Already more than 70 per cent of our foreign debt is owed to Beijing, which gives it huge leverage over us, undermining Maldivian sovereignty and independence,” he was quoted as saying by PTI. “This is not in the Maldivian national interest,” he added.