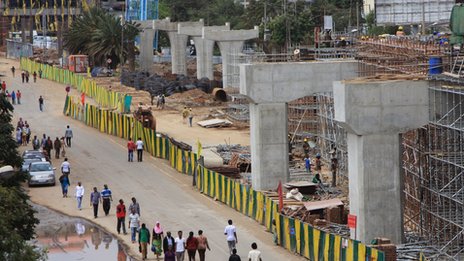 As usual, this is an excellent piece of work coming from Lorenzo Cotula and thanks for that. With this note, TEO wanted to make a couple of points, mainly to draw the attention of officials in Ethiopia.

To date, UNCTAD has registered 2,816 bilateral investment agreements (BITs), of which 2,114 have entered into force. Each country or region is responsible for the agreements it negotiates with others and allows their coming into effect.

In other words, bilateral agreement is the responsibility of any two parties or more, especially depending on what each side wants from the agreement(s).

Nonetheless, such agreements or treaties are not made in a vacuum. There are, what UNCTAD refers to as “Core Principles for Investment Policy-making”; these must be reflected in such bilateral and international agreements. This is to underline that there are relevant international principles and agreements to be taken into account, even at par with the national interests.

In the end, however, each country and region is responsible to its own interests. It is aware of this that most nations and their representatives aim at ensuring the benefits of trade and investment to their respective countries and peoples.

The problem in Ethiopia is complicated, primarily since it arises because of incompetence. Equally draining the country is the fact of some regime officials do not blink their eyes when they betray the trust reposed on them and their nation’s interests. Their approach is dictated by wanting to ensure their interests first: such as the education of their children in foreign universities, job opportunities, or the business interests they harbor for themselves, etc. These come by sacrificing the nation’s interests in investments and trade.

Ethiopia is a thus compelled to be a country that continues to live dangerously, only the grace of God protecting its people. This now is as simple example, with people such as Mr Cotula coming out to rescue the nation mortgaged interests. This is not to suggest that he was aware of this; it is only being mentioned here to give emphasis to the lack of accountability and the costly crime of corruption in the country, which nations such as China have exploited to the hilt!

Even in the case of the Ethiopia – UK BIT, this may have opened both the door and the window to eagle eyed negotiators from the opposite side! It needs correcting by Ethiopia first and foremost, and, as Mr. Cotula has indicated, with the help of the UK parliament!

The House of Commons has been debating the proposed Transatlantic Trade and Investment Partnership (TTIP). But will the UK parliament use its powers to debate a bilateral investment treaty signed with Ethiopia?

Take the bilateral investment treaty (BIT) that the UK and Ethiopia signed in 2009 – a treaty that could soon come into effect. Like all BITs, it is designed to facilitate investment between the two countries. But unlike TTIP, the economic reality of investment flows will be largely one-way, at least in the short term.

For decades, governments have concluded hundreds of investment treaties with very little citizen and parliamentary oversight. This is now changing. Over the past few months, European citizens have voiced increasingly loud concerns about TTIP – a mega deal being negotiated between the European Union (EU) and the United States that contains a chapter effectively equivalent to an investment treaty.

Concerns have been raised that US companies will sue governments to seek compensation for losses suffered as a result of public-interest regulation in the EU, and vice versa, making it more difficult for authorities to act in the public interest.

And indeed, the UN estimates (PDF) that companies have sued governments more than 500 times over the past 25 years, challenging a range of policy measures – from the refusal to issue or renew environmental permits, to the introduction of anti-smoking legislation, action to redress historical injustices and measures to increase or collect taxes.

An online consultation on TTIP’s investment chapter, organised by the European Commission in response to mounting citizen pressure, resulted in nearly 150,000 responses, with widespread opposition (PDF) to investor-state arbitration, and to TTIP in general. Over 50,000 responses came from the UK. The commission has yet to produce a convincing case as to why the investment chapter is needed at all.

In the face of such widespread public concern, it is encouraging to see that parliaments are taking up the issue. Last week, the UK House of Commons debated TTIP. This follows a report (PDF) and debates on TTIP in the House of Lords last year.

If TTIP is bad, the UK-Ethiopia BIT is worse

This greater parliamentary scrutiny is a welcome. Yet it is striking that the UK alone has concluded at least 105 publicly known investment treaties, primarily with low and middle-income countries, without much public scrutiny or protest.

If anything, these investment treaties with developing countries raise even more pressing concerns. Regulatory frameworks may be more vulnerable, and there may be tighter constraints on public finances and more challenging gaps in capacity.

Take the bilateral investment treaty (BIT) that the UK and Ethiopia signed in 2009 – a treaty that could soon come into effect. Like all BITs, it is designed to facilitate investment between the two countries. But unlike TTIP, the economic reality of investment flows will be largely one-way, at least in the short term.

The provisions of the Ethiopia-UK BIT would make it far easier for companies to sue governments than under TTIP. For example, the European Commission suggested tying TTIP’s standard of treatment for foreign investment to relatively narrow wording (PDF) (whereby breaches require for example ‘manifest arbitrariness’, ‘targeted discrimination on manifestly wrongful grounds’ or ‘coercion, duress and harassment’); but the UK-Ethiopia BIT merely refers to ‘fair and equitable treatment’ – a standard that arbitral tribunals have interpreted to include a wide range of situations.

And unlike the commission’s suggested approach for TTIP, the UK-Ethiopia BIT does not contain provisions clarifying that, as a general rule, public-interest regulation that undermines business prospects does not constitute an expropriation requiring the government to pay compensation.

Nor does the UK-Ethiopia BIT feature any provisions on transparency in investor-state arbitration proceedings, which the commission has promised for TTIP.

As I have previously argued (PDF), investment treaties can have particularly far-reaching implications in developing countries, where there may be capacity constraints.

In interpreting investment protection standards, tribunals have developed exacting tests for state conduct – for example, holding that ‘fair and equitable treatment’ requires a state ‘to act in a consistent manner, free from ambiguity and totally transparently in its relations with the foreign investor’ (PDF).

One arbitral tribunal (PDF) found a government had violated investment protection standards in a dispute partly rooted in a coordination failure among multiple ministries involved in investment approval. Another (PDF) found that a five-year delay in proceedings before the Indian Supreme Court (a body that caters for more than one billion people in a poor country in per capita terms) breached investment treaty commitments.

These are demanding standards, particularly for developing countries. Ensuring consistency requires significant capacity within a range of different government agencies at national and also local levels. Dealing with complex investment projects also requires significant technical and institutional capacity which public authorities may simply not have. This can expose developing country governments to significant liabilities ultimately rooted in issues they have little control over.

In December, a piece posted on the OHADA website – a regional inter-governmental organisation promoting harmonisation of business law in Francophone Africa – warned member states of the ‘serious dangers’ involved in investor-state arbitration.

What the UK parliament should do

The UK-Ethiopia treaty must be ratified by both the UK and Ethiopian governments before it can come into force. In order for the treaty to be ratified in the UK, the government must submit it to the House of Commons and the House of Lords.

In other words, the UK parliament has significant statutory powers in ratifying these treaties. Last year, controversy on the ratification of a BIT between the UK and Colombia triggered a debate in the House of Lords, albeit after the treaty was ratified.

It is expected that the UK-Ethiopia BIT will be the next UK BIT to be laid before parliament sometime in 2015. The UK parliament should hold a full debate to interrogate this treaty and the rationale for its ratification.

We should not impose on poorer countries what we are not prepared to accept for ourselves. And irrespective of the positions taken, parliamentary scrutiny is a matter of democratic governance, whether the negotiation is with the US, or with low-income countries.