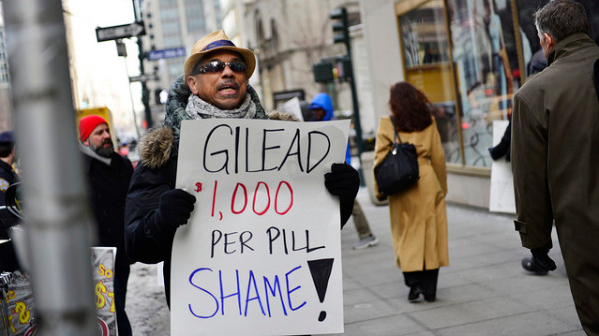 Will a new US-led IP empire in India put access to medicines at risk ?

Prof Brook K Baker, Professor of Law and Northeastern University, cautions that the Modi government’s accelerating flirtation with the US and its investors is dangerous to hundreds of millions of people worldwide whose lives depend on Indian generics

January 26 was a bad day for people around the world who rely on Indian generic companies for access to affordable medicines of assured quality. In the 19th century, the British Empire imposed a patent regime on India designed to guarantee monopoly access to its inventors and industries. In the 21st century, the US Empire is attempting the same, and there are troubling signs that the new government, led by Prime Minister Modi, might fail to resist the IP takeover.

As widely reported in the news, President Obama recently completed a three-day visit to India. Although the photo highlights are about leaderships hugs, strolls through palatial government facilities, and Obama chewing gum at the Republic Day Parade, the real world background has been unrelenting US pressure against the Indian patent regime in the form of priority IP watch list status in successive Special 301 Watch Lists, a USTR out-of-cycle review of India’s IP and enforcement policies, multiple US Congressional hearings, two investigations by the US International Trade Commission, and countless visits by US dignitaries acting as spokesmen for Big Pharma’s monopoly interests.

During Obama’s visit, PM Modi addressed multinational business moguls at the India-US CEO Forum and later at the US-India Business Summit where Obama was also present. During the CEO Forum, Modi reassured business billionaires, “You will find a climate that encourages investment and rewards enterprise ; it will nurture innovation and protect your intellectual property.”

At the Business Council, he said, “India is ready to accept suggestions made by a joint working group with the US on intellectual property rights.” Commerce and Industry Minister Nirmala Sitharaman told the media after her meeting with the US Commerce Secretary, Penny Pritzker that, “We have invited the Americans to look at the draft policy (on IPR) and give their inputs. We will then see what we can do with it.” Given these direct avenues to reforming India’s IP regime, President Obama clarified the US’s intentions : “We need to incentivise trade rather than stifle. We need to be transparent, consistent and protective of intellectual property rights.”

The joint working group on IP that PM Modi referred to was established last year at the conclusion of Modi’s state visit to the US as part of the India-United States Trade Policy Forum. At that time, USTR Michael Forman said that it is “in India’s interest to have and enforce a world-class intellectual property rights regime.” He then listed patents, trade secrets, and compulsory licensing as being challenging issues from the US’s perspective, arguing that India must deal with them directly if it is to play a leadership role in the knowledge economy.

25. The Leaders reaffirmed the importance of providing transparent and predictable policy environments for fostering innovation. Both countries reiterated their interest in sharing information and best practices on IPR issues, and reaffirmed their commitment to stakeholders’ consultations on policy matters concerning intellectual property protection.”

It is no secret that Big Pharma and the Obama administration want India to dismantle section 3(d) of the India Patents Act, which prohibits patenting on new uses of medicines and new forms, formulations, and dosages unless they shows significant enhancements of therapeutic efficacy. This provision famously led to the denial of a patent on Novartis’s cancer medicine, Glivec, leading to a seven-year court battle culminating in the Indian Supreme Court’s reaffirmation of section 3(d). Just two weeks ago, this same anti-evergreening provision was used to deny a patent on Gilead’s blockbuster hepatitis C medicines, Solvadi, potentially saving India hundreds of millions of dollars in treatment costs.

A most troubling rumour is that the Modi government is beginning to weaken in its opposition to US-style data exclusivity and patent-registration linkage. Data exclusivity creates monopoly protection for regulatory data submitted to drug regulatory authorities making it virtually impossible for generic medicines to gain marketing approval for their therapeutically equivalent and much cheaper medicines. Likewise, linkage prevents a drug regulatory authority from granting marketing approval for a generic equivalent whenever the innovator company asserts that it has a patent that might be infringed by the generic product. In the US, data exclusivity on small-molecule medicines lasts five years and can be evergreened with additional three-year extensions. Biologic medicines, on the other hand, currently have 12 years of data and marketing exclusivity.

9. The President and the Prime Minister affirmed their shared commitment to facilitating increased bilateral investment flows and fostering an open and predictable climate for investment. To this end, the leaders instructed their officials to assess the prospects for moving forward with high-standard bilateral investment treaty discussions given their respective approaches.

What is meant by a transparent and predictable policy environment is one that is open to industry lobbying and one that only gets better and better from an investor’s standpoint – in other words, one that does not not frustrate investor’s expectations of profits based on ‘secondary’ concerns like public health, environmental and job safety, and the interest of indigenous enterprise.

The US and its business community always try to draw an express link between stronger IP and more investments. In fact, the available economic and policy literature on the impact of stronger and broader IP on development, foreign direct investment, technology transfer, and even innovation is highly contested, with the majority of the evidence indicating that IP’s benefits are grossly over-emphasised particularly with respect to low- and lower-middle income countries. Most economies that have surged in the past 50 years, including India, have not done so through the policy of stringent IPRs and IP enforcement, but rather through a policy of copying and adapting technologies to local needs and protecting key emerging economic sectors. This approach explains how the generic pharma industry in India has achieved its unprecedented growth and importance both domestically and globally.

Not only is the focus on IP-related investment incentives misinformed, the Indian government stands a great deal to lose if a US-style bilateral investment agreement is concluded. In these agreements, the US seeks investment protections for intellectual property rights and then seeks investor-state-dispute settlement that allows disgruntled investors to bypass local courts and take governments directly to private arbitrations whenever their expectations of profits are thwarted by policies and decisions undertaken by government. Using such a provision in NAFTA, Eli Lilly is currently suing the Government of Canada of $500 million because two of its patents were invalidated after appellate court review.

There are concerns about excessive patent and data rights in the US even as it seeks to impose higher IPR and investment standards on India. In a series of opinions, the US Supreme Court has raised the bar on inventive step in the US and outlawed patents on genes and isolates of natural products. Budget proposals in the US have attempted to role back data exclusivity on biologics from 12 to seven years. Patent reformers are trying to stop patent trolls and government procurers and insurers are struggling to gain price concessions on medicines that can now cost over a $100,000 per patient. It’s unclear why India should drink the IP-maximalist coolaid when the US is starting to throw it up. Even in the US, and more so in the EU, there are concerns about excessive investor rights and non-transparent, unreviewable investor arbitration.

The Modi government’s accelerating flirtation with the US and its investors is dangerous if it passes beyond the courtship phase, even more so if it comes at the expense of dismantling India’s pro-health intellectual property regime. India has let the US IP fox into its IP policy hen house and the slaughter may be underway. The victims, however, are not the Big Pharma puppets, but hundreds of millions of people worldwide whose lives depend on Indian generics. Will that industry now be squeezed by IP concessions that will delay generic competition, raise the costs of medicines, and enrich Big Pharma magnates instead ? The Empire is knocking.