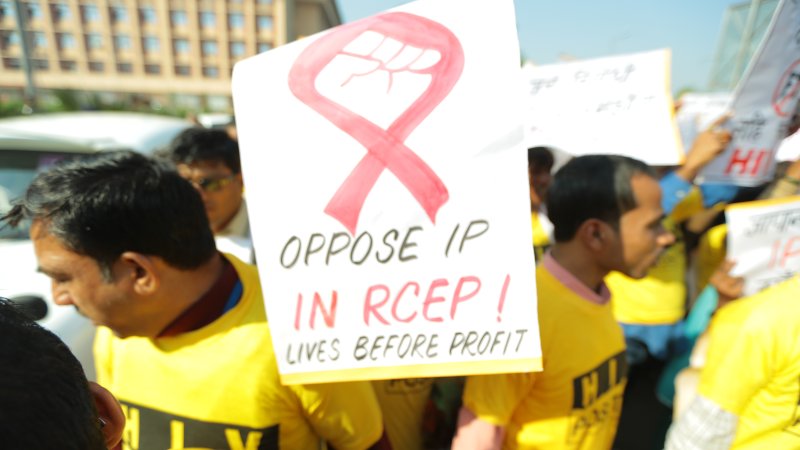 Will the Trans Pacific Partnership have an impact on Indian pharma industry?

Does the Trans-Pacific Partnership and the proposed India-EU trade deal extend protection of Intellectual Property Rights, delaying generic competition for life-saving drugs, and keeping their prices high? While these, and other possible implications for the Indian consumers and pharma companies become clearer over time, India must robustly engage with the debate on trade deals and public interest

India is not in on the list of TPP countries, nor is China. The mega trade deal, perceived to be a counterweight to China’s growing global economic clout, is yet to be ratified by the U.S. Congress and by the legislatures of the other 11 TPP countries.

Free trade enthusiasts say India risks being edged out of the global market by being on the sidelines, and that it should seek TPP membership. A recent study by C. Fred Bergsten of the Peterson Institute for International Economics, a U.S.-based think tank, estimated that India could increase its exports by $500 billion a year, by joining the next stage of the TPP trade agreement.

India is also in a zone of uncertainty about the shape of its proposed trade deal with the European Union (EU). The value of EU-India trade grew from $32.7 billion in 2003 to $82.3 billion in 2014. The Bilateral Trade and Investment Agreement (BTIA) that India and the EU have been negotiating since mid-2007, could vastly expand trade between the two in goods, services, and investments. However, as in many trade deals, intellectual property rights (IPR) have been a key sticking point.

Health advocates and public interest groups argue that such deals inevitably extend the protection of IPR beyond the current international requirements, delaying the entrance of generic competition for life-saving medicines, and keeping drug prices high. The counter-argument: free trade delivers growth and prosperity.

The talks between the EU and India were expected to pick up in 2015 but got stalled once again this August, when India called off a scheduled meeting of chief negotiators in the wake of an EU ban on 700 generic medicines, based on the recommendations from Europe’s drug regulator European Medicines Agency. The recent visit of German Chancellor Angela Merkel to India has raised new hopes that the stalled negotiations will be resumed. However, activists continue to raise the issue of the impact of the proposed free-trade deal, on the production of low-cost affordable generic drugs in India. There is no resolution in sight.

The same worries are being voiced about India joining the TPP. Public interest groups say the TPP could raise the price of medicines further, and hand over a lot of power to multinational companies at the cost of consumers. In a country like India, where most people pay for their own medical treatment, and where insurance companies do not pay for medicines, questions are being asked about what will happen if essential drugs become a lot more expensive as the result of a trade deal; and if the gains from expanded market access are worth the cost of joining the TPP.

Activists argue that by signing on to the free trade deals, India will subject itself to a more stringent IPR regime that goes beyond the 1994 World Trade Organisation Agreement (WTO) on Trade-Related Aspects of Intellectual Property Rights (TRIPS) that it currently accepts. They say, India will lose the “flexibilities” and safeguards that TRIPS provides.

Referred to as “TRIPS-plus”, these expanded IPR provisions go beyond what is required by the TRIPS agreement, and include patent linkage, data exclusivity, lower patentability criteria, and other measures. In 2013, a leaked draft of the proposed trade deal between the EU and India raised a storm as it suggested that some of the provisions may be under the TRIPS-plus system.

Sections of India’s pharmaceutical industry are also anxious about the possibility of stringent TRIPS-Plus provisions in the TPP.

Take the case of biologic drugs, a bone of contention during the TPP negotiations. Biologics are medicines made from biological sources (living organisms). They are expensive. Many pharmaceutical companies are now developing “biosimilars” or cheaper copies of the original drugs. Biosimilars are cheaper because their manufacturers can usually rely on the data from clinical trials submitted by the maker of the original biologic.

Several Indian companies such as Biocon, Mylan, Cadila, Cipla, Reddy’s, and Intas, which are into biosimilars, are worried. As of now, India is not a signatory to the TPP, and cannot be forced to accept its provisions that are reportedly “Trips Plus.” But the worry is about “Trips Plus” provisions being applied to Indian exports to TPP member countries. This can delay the entry of generic drugs into the global market.

Recent media reports about the TPP suggest that its IPR provisions are not as stringent as demanded by the brand-name drug makers. From what is currently known of the agreement, there has been a push-back on data exclusivity for branded biologics from 12 years to 5-8 years. This is better than the worst-case scenario feared by Indian biologics companies.

Data exclusivity has been a prickly issue in trade deals. Generic drug makers rely on the clinical trial data provided by the originator company, to show that its drug is safe and effective. But if data exclusivity is in place, the originator company’s clinical trial data will be protected, and generic producers will have to submit their own safety and efficacy data to register their medicines. This will mean, they will have to conduct clinical trials on their own. That is an expensive and time-consuming exercise, which will push the price of the drug up. Activists argue that countries that are home to innovator drug companies are trying to pressure India into accepting an IPR regime that gets around the public health safeguards that was built in to its patent law in 2005.

The TPP is also viewed in India as a deal that can potentially affect the Regional Comprehensive Economic Partnership (RCEP), which India is currently negotiating. The RCEP is being negotiated between the 10 ASEAN countries and their six free trade agreement partners: Australia, China, India, Japan, New Zealand, and South Korea. Seven of the 16 RCEP countries, including Japan, have agreed to the intellectual property standards of the TPP. Activists have warned about the possibility of TPP’s standards on IPR creeping into the RCEP negotiations.

In all the verbal jousts about free trade deals, the one critical issue is the need for more transparency. Suspicions flourish because such agreements are typically hammered out in secrecy. The implications of the TPP deal for Indian pharma companies will be fully understood only when the full TTP agreement text is in the public domain. It is the same with the proposed trade deal between the EU and India.

India needs to engage in the debate on the issue of trade deals and public interest because ultimately, the country will need a political consensus on the trade-offs. Meanwhile, it must begin to think and act strategically in order to gain from the changing trading system in the world economy.