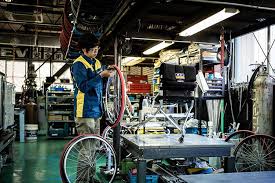 The signing of a trade agreement between Washington and Tokyo may complicate efforts to resolve the US-China tariff war, observers say, as it could bolster the US’s attempts to force Beijing into acquiescing to its demands.

Speaking on the sidelines of the United Nations General Assembly in New York on Wednesday, US President Donald Trump and Japanese Prime Minister Shinzo Abe announced they had agreed a deal that would reduce barriers to American beef, pork, wheat, cheese, almonds, wine and other products entering Japan, and to turbines, machine tools, bicycles, green tea, flowers and other goods moving in the opposite direction.

Trump described the agreement as a “huge victory for America’s farmers, ranchers and growers”.

While its full text has not been released, the deal does not appear to include any assurances that the US will not impose tariffs on imports of Japanese cars under Section 232 of the Trade Expansion Act, as Trump has threatened to do in the past.

With the next round of trade talks between officials from the US and China set to take place in Washington in two weeks’ time, observers said the new deal could make matters worse for Beijing.

“[The agreement with Japan] is a major milestone for the Trump administration’s preference for striking bilateral free-trade deals, and could further boost its confidence in future trade negotiations,” said He Ping, an associate professor at Fudan University in Shanghai.

The concessions made by Tokyo could be the “symbol and result” of stronger ties between the US and Japan, he said.

The deal might also help Trump to win back support from American farmers who have complained of losing market share not only as a result of the trade war with China but also the president’s decision to withdraw the US from the Trans-Pacific Partnership, a multilateral trade deal that would have reduced trading barriers with Japan.

“Given the fact that agriculture is the major topic in the current US-China trade talks … [it] could have an indirect influence [on the upcoming negotiations],” He said.

There have also been concerns in Beijing that the deal between the US and Japan – the world’s first and third largest economies – might contain the “poison pill” provision, which bars America’s free-trade partners from signing trade deals with “non-market countries”, as the US has described China.

US Commerce Secretary Wilbur Ross threatened to add the provision to all future trade deals following the signing of the United States-Mexico-Canada Agreement in October.

“It would be a relief to Beijing if the [Tokyo] deal doesn’t have the provision, otherwise it could be seen as a move to significantly contain China,” said Zhou Yongsheng, a professor at the Institute of International Relations at China Foreign Affairs University in Beijing.

“If the provision is included, it would mean that neither the China-Japan-South Korea trade deal nor the Regional Comprehensive Economic Partnership could go through,” he said.

The latter is a proposed free-trade agreement between the 10 members of the Association of Southeast Asian Nations along with China, Japan, South Korea, Australia, New Zealand and India, and which completed its 27th round of negotiation in July.