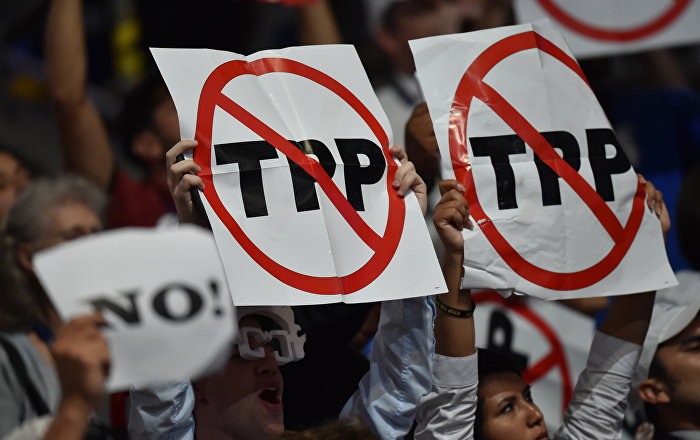 Without US, 11 nations in TPP inch closer to a deal

The 11 nations remaining in the Trans-Pacific Partnership after the United States withdrew have inched closer to a comprehensive deal, offering hope that major countries can maintain free trade in the face of U.S. protectionism, a negotiator said on Friday.

The original 12-member TPP, which aimed to cut trade barriers in some of Asia’s fastest-growing economies, was thrown into limbo in January when U.S. President Donald Trump withdrew from the agreement to prioritize protecting U.S. jobs.

Negotiators met for two days in the Japanese capital, Tokyo, to discuss what parts of the original deal they wished to shelve, in a bid to salvage an ambitious vision for a free-trade bloc that originally included the United States.

The 11 TPP members agreed to meet again in Japan next month and aim to reach a broad agreement in November at an Asia-Pacific Economic Cooperation meeting set to be held in Vietnam’s central city of Danang.

“A TPP ministerial meeting is likely to be held on the sidelines of an APEC summit in Danang. Everyone has shown they are working hard to make sure we can achieve the best result possible.”

“The basic idea is that we would like the United States to come back as soon as possible, which would mean the original TPP would have to be ratified,” Umemoto said.

“We are discussing which parts are to be frozen for an early ratification of TPP 11 until then.”

Although the remaining members have voiced continued commitment to the deal, adoption of the pact linking 11 countries with a combined GDP of $12.4 trillion has stalled at times, raising fears that other countries may follow the United States.

At the previous meeting in Sydney late in August, Vietnam raised the prospect of changes to labor rights and intellectual property (IP) provisions in the original pact.

Vietnam’s desire to shelve the IP provisions around pharmaceutical data is likely to win broad support, as Japanese and New Zealand officials have indicated they back the change.

Negotiators also need to decide how to ratify the deal. The original pact required ratification by at least six countries accounting for 85 percent of the combined gross domestic product of members.

That condition cannot be fulfilled after the U.S. withdrew and would need to be changed.

A free trade deal Japan struck with the European Union in July, after four years of talks, offers hope for eventual resolution of the technical difficulties around TPP 11.