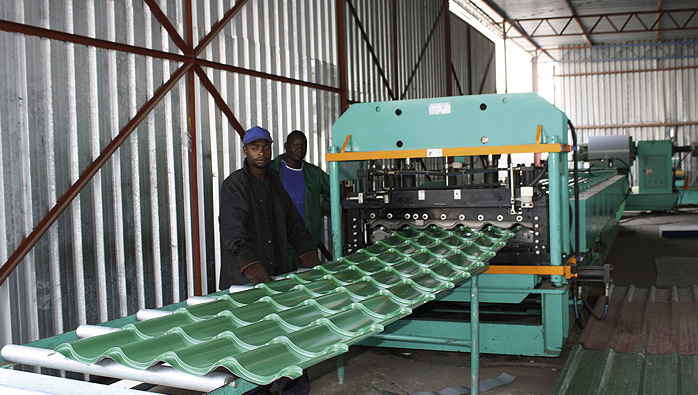 AFRICAN policy makers have for a long time taken keen interest in the promotion of intra-regional trade in order to bring about development in the continent. To this effect, several initiatives have been implemented to bring this to fruition. In this regard, members of Common Market for Eastern and Southern Africa (COMESA), Southern African Development Community (SADC) and East African Community (EAC) made a great decision to move towards intra-regional integration by signing the COMESA-SADC-EAC Tripartite Free Trade Area (TFTA) Agreement.

This idea was the brainchild of the heads of state and government from these three regional economic Communities (RECs) during their meeting held in Kampala, Uganda, in October 2008.

Their vision was to see member countries work together towards the creation of an expanded market through the establishment of a tripartite grand free trade area as well as the harmonisation of infrastructure programmes and development of common programmes for industrial and economic development.

Following the Kampala meeting, a series of negotiation rounds were launched in June 2011 and had been ongoing until the launch of the TFTA on June 10, 2015, at the Heads of State and Government Summit in Sharm el Sheikh, Egypt.

However, it must be noted that the agreement will come into effect once two-thirds of member states ratify the agreement.

On June 17, 2016 Zambia made a memorable event by becoming the 17th country out of 26 member states to sign the COMESA-SADC-EAC Tripartite Free Trade Area (TFTA) Agreement, here in Lusaka. The agreement was signed by Minister of Commerce, Trade and Industry, Hon. Margaret Mwanakatwe. The other countries that have not yet ratified the TFTA Agreement have signed a memorandum of understanding which commits them to significantly work towards signing the actual agreement.

When operational, the TFTA will grant member states, Zambia inclusive, market access and create the largest free trade zone on the continent with:

Additionally, COMESA, EAC and SADC regions account for almost half of the African Union membership and about 60 per cent of GDP.

Therefore, it is clear that the agreement recommences the longstanding vision of an economically integrated entity stretching from Cairo, Egypt to Cape Town, South Africa. The launch of the TFTA comes at the backdrop of the realization that Africa has the lowest intra-continental trade, averaging 15 percent over the last decade.

It is envisaged that the TFTA will serve as a catalyst to bolster intra- Africa trade and enable African economies to develop efficient synergies and linkages that are required to lift the export and manufacturing sectors.

Particularly for Zambia, whose export direction (especially non traditional exports) is southward in the region, the operationalisation of the TFTA will create opportunities for export growth, value addition and diversification to take advantage of a larger market. Eventually, the country is expected to record more jobs, infrastructure development and ultimately poverty reduction.

Despite the envisaged benefits from the TFTA, Zambia is expected to face increased competition from other international products.

This entails that in order to remain competitive, the Zambian manufacturing sector will have to reposition itself to produce quality and affordable products.

Government, through the Ministry of Commerce, Trade and Industry, has taken steps to ensure that the country is ready to maximize benefits from joining the TFTA.

Among the measures undertaken, include: Revision of the industrial policy aimed at enhancing the importance of value addition (manufacturing) through the promotion of value chain development and applying a cooperative approach to production.

In the same vein, the Ministry is in the process of reviewing the trade policy and the export strategy.

In view of the high cost of doing business in the country which is negatively affecting the performance of our exports, the ministry, in collaboration with line agencies and ministries, is putting in place a number of trade facilitation measures aimed at reducing the cost and time of moving both imports and exports across the borders.

Some of such facilities include the single window which was recently launched on June 16, 2016 and the establishment of one-stop border posts on a number of our borders. Finally, it is imperative to note that progressive policy measures such as these may not achieve much if the private sector does not do its part to take advantage of them.

Therefore, there is need for the business community to reposition itself to take advantage of the conducive policy environment and expanded market.

The author is public relations officer at the Ministry of Commerce, Trade and Industry.