EPAs are bad for Africa
23-Apr-2011
The position taken by Namibia with regard to the signing of the Interim Economic Partnership Agreement (EPA) is commendable and should be a guiding principle for further negotiating trade agreements between Africa and the rest of the world. 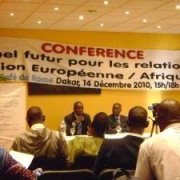 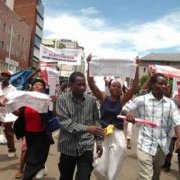 Structural adjustment, but worse. It’s the EU’s proposed Economic Partnership Agreements!
24-May-2010 Afrosistance
The relatively narrow few who will benefit from increased exports to Europe are the ones whose voices are being heard over and above the many more who will suffer from European imports and the further increase in unregulated foreign involvement on African soil.

NGOs welcome EU’s vow not to push Africa into EPAs
11-Oct-2009
Non-governmental organisations have expressed their satisfaction at the European Commission’s declaration that it would not put "undue pressure" on African and other countries to conclude the controversial trade deals called economic partnership agreements (EPAs).
Africa sets terms for granting EU full market access
29-Sep-2009 Business Daily
Africa is asking its team of trade negotiators working on the Economic Partnership Agreement to focus on economic development before deciding on opening up markets to the European Union.
Wanted: A stable but fair EU deal
28-Aug-2009
The failure by the European Union on the one hand and African, Caribbean and Pacific nations on the other to conclude their Economic Partnership Agreements by July 31 this year, the agreed deadline, does not augur well for trade between the two sides.
Investors rush for Africa
14-Jul-2009 New Era
New Era talked to four Members of the European Parliament regarding Europe’s position on the ongoing scramble for Africa’s riches.
’EU plans to capture African market’
10-Jul-2009 AllAfrica.com
The European Union does not have an offensive commercial interest in the Economic Partnership Agreement. Rather, it is part of its strategic plan and policy to capture the African market, the Special Adviser to the President of NEPAD has said. 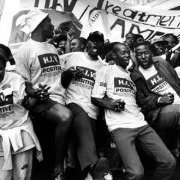 Deny neoliberal consensus
26-Jun-2009 IPS
Right now, the EU’s EPAs are devastating Africa’s regional economic blocs through divide-and-conquer, reversing the resistance we saw from African countries a year ago.
Angola, United States sign Trade and Investment Framework Agreement
21-May-2009 AllAfrica.com
On 19 May, US Trade Representative Ronald Kirk and Angola Minister of External Affairs Assunção Afonso de Sousa dos Anjos signed a Trade and Investment Framework Agreement (TIFA) that will provide a forum to address trade issues and help enhance trade and investment relations between the United States and Angola.
’Food colonialism’ increasing hunger in Africa
6-May-2009 Modern Ghana
The European Union is coercing some West African governments into allowing European-based fishing companies to deplete West Africa’s fishing stocks in a new "food colonialism" that is now taking place between rich and poor countries around the world, according to British author George Monbiot.
EU Commission Manufactured African Business Support for EPAs
23-Mar-2009 CEO
Internal email communication by DG Trade obtained by Corporate Europe Observatory (CEO) unveils how the EU Commission has actively orchestrated African business support for its Economic Partnership Agreements (EPAs) with the countries from Africa, the Caribbean and the Pacific. MEPs will vote on the EPA negotiations at their sitting in Strasbourg today and tomorrow.
South Centre cautions African countries when approaching Economic Partnership Agreements
19-Feb-2009 South Centre
The value of the preferences African countries will reap from an EPA will essentially become nil in about 5 to 10 years.
‘EPA accord with EU’ll stifle Nigeria’s growth’
18-Feb-2009 This Day
Switzerland-based intergovernmental organisation, South Centre, has warned Nigeria and other African nations that the Economic Partnership Agreement (EPA) being proposed by the European Union (EU) will eliminate the capacity of African nations to industrialise within five to 10 years of signing the agreement.
Undercutting Africa
3-Feb-2009 TNI
Why EPAs threaten the world’s forests and forest peoples
0 | ... | 140 | 160 | 180 | 200 | 220 | 240 | 260 | 280 | 300 | ... | 340
Subscribe to bilaterals.org weekly