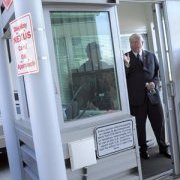 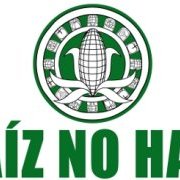 Without corn there is no country: Open Letter to the President of the United States
16-Apr-2009
We, the people of Mexico, also want to renegotiate NAFTA to protect our corn, the jobs of millions of farmers, and the way of life in the Mexican countryside
Mexican farm expert lobbies for NAFTA change
16-Apr-2009 Oregon Live
The goal is to reverse adverse effects of NAFTA: save and share traditional farming methods, restore food independence and halt the migration of Mexican farmers to the United States.
US farm exports at risk over Mexico truck dispute
17-Mar-2009 Reuters
US wheat, beef, rice and bean exports to Mexico face possible retaliatory duties in a dispute over whether Mexican trucks will be able to operate in the United States, Republican lawmakers said on Monday.
Ending NAFTA Inspired Trucking Program Could Spark Retaliation
12-Mar-2009 Border Fire Report
There is speculation that canceling the cross-border trucking program under NAFTA could set the tables for a showdown between the Obama administration and the Mexican government.
Trade Wars: The Rise of Protectionism?
4-Mar-2009 Blacklisted News
Around the world, many are looking to President Barack Obama for leadership and feel that he is the one who can save the current global trading system. Does this system really work? Is it worth saving?
Could a sudden collapse of Mexico be Obama’s surprise foreign policy challenge?
1-Mar-2009 La Prensa San Diego
A year-end report by the Pentagon’s Joint Forces Command names two countries as likely candidates for a “rapid and sudden collapse” — Pakistan and Mexico. Arguably, NAFTA is to blame for what could be Mexico’s impending destabilization.
Majority oppose Chapter 11 of NAFTA
1-Mar-2009 Op-ed News
A recent binational poll commissioned by the Council of Canadians, found that the majority of Americans and Canadians oppose provisions found in Chapter 11 of NAFTA.
Deeper North American Integration Still in the Cards
28-Feb-2009 Blacklisted News
There are fears that under an Obama presidency many on the left will go to sleep, now that Bush is out of office. This includes in Canada, where the left have been instrumental in exposing the SPP and fighting deeper integration into a North American Union.
Farmers Call For NAFTA Reforms
28-Feb-2009 Opednews.com
NAFTA has produced winners, mostly multinational corporations and a long list of losers, which includes farmers. The trade agreement has been the source of much discontent and has become an easy target.
Unions back bill trying to stop Mexican trucks in US
25-Feb-2009 Houston Chronicle
Union officials were confident Tuesday that new legislation in Congress would halt Mexican trucks from making long-haul trips into the United States ending a pilot program backed by the Bush administration as part of NAFTA
Livestock producers from Mexico, Canada and United States seek new trade policy and market reforms
16-Feb-2009 WORC
Representatives of consumer groups and livestock producer organizations from Canada, Mexico, and the United States today called on leaders to renegotiate the North American Free Trade Agreement (NAFTA) and address concentration in livestock markets.s.
US trade policies limit 52 governments’ use of capital controls to fight financial crisis
13-Feb-2009 IPS
As the global economy descends further into crisis, a new report finds that U.S. trade and investment agreements with 52 countries have removed one tool that has proved effective in past crises: capital controls.
The end of free trade?
5-Feb-2009 Socialist Worker
The US will find it harder and harder to maintain neoliberalism abroad and some sort of financial state capitalism at home. As unemployment grows, it will also become more difficult to use access to the US market as leverage to incorporate client states abroad into the fold of US imperialism. We are at a major turning point. Like most of neoliberal ideology, free trade has lost its allure. However, what will replace it isn’t entirely clear. There are many possibilities, and they all depend on the level of class struggle. In the US, the most crucial question is whether workers get pulled into a nationalist, protectionist "Buy American" campaign—or whether they take an internationalist approach in concert with workers in other countries
Small Mexican towns hurt as global economy goes south
2-Feb-2009 Houston Chronicle
Amid the worldwide economic slump, many in Los Rodriguez and communities like it across Mexico that have heavily invested in trade with the United States are starting to feel - and fear - globalization’s sting.
Econo-protests paralyze Mexico City, Juárez-El Paso bridge
1-Feb-2009 WW4 Report
Thousands of campesinos from across Mexico blocked central avenues of the capital Jan. 30, many having traveled for days for the protest directed at President Felipe Calderón. Protesters decried that Calderón has instated a freeze on petrol prices, but not diesel-on which tractors and other farm equipment run. They also rejected Calderón’s free trade policies, which they say hurts the farm sector.
’Buy American’ stimulus plan riles trade partners
30-Jan-2009 AFP
A new "Buy American" push in President Barack Obama’s economic stimulus plan is sparking protests about protectionism from US trading partners.
Ottawa involved in AbitibiBowater dispute, Day says
29-Jan-2009
The federal government has confirmed it is now playing a part to help resolve a dispute between AbitibiBowater and the Newfoundland and Labrador government.
Obama and NAFTA
10-Jan-2009 FPIF
Will he or won’t he? In the shadow of the economic crisis, a war of words rages over whether President-elect Barack Obama will hold to his campaign promise of opening up the North American Free Trade Agreement for renegotiation.
0 | ... | 640 | 660 | 680 | 700 | 720 | 740 | 760 | 780 | 800 | ... | 880
Subscribe to bilaterals.org weekly