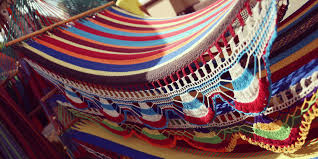 Nicaragua ratifies ALBA ‘fair trade’ treaty
19-Apr-2013 Nicaragua Dispatch
On the eve of Nicolas Maduro’s inauguration in Venezuela, Sandinista lawmakers pass ECOALBA-TCP as a sign that ALBA is alive and well
US commends Nicaragua’s trade liberalization
23-Dec-2012
The U.S. government is commending Nicaragua for its continued trade liberalization and integration into the global economy under the Sandinista government of President Daniel Ortega.
Mexico, Central America Sign Free Trade Agreement
23-Nov-2011
The governments of Mexico and five Central American countries signed in El Salvador a free trade agreement (FTA) that unifies the existing ties in one body.

Support for EU beef farmers, in the event of a Mercosur deal, is “not enough”
15-Jul-2011 MercoPress
Members of the European Parliament discussing the agriculture budget said that compensation for beef farmers that could face Mercosur competition, if a trade agreement is finally reached, “is not enough” and anticipated that “we will not accept sweeteners in this area”.
Nicaraguan businesspersons seek free trade agreement with Venezuela
7-Jul-2011
There are concerns in Nicaragua about the health of Venezuelan President Hugo Chávez, with whom the Central American government has signed trade agreements without the participation of Nicaraguan businesspersons, DPA reported.
Central American integration —and militarization
5-Jun-2011
Representatives of the governments of Mexico and the Central American countries wrapped up a fifth round of talks on a regional free trade agreement last week. The negotiations took place in Mexico City, with the next round of talks to be held in August in El Salvador.
Nicaragua joins Chile-Central America FTA
24-Feb-2011 Insidecostarica.com
Nicaragua joined on Tuesday the Free Trade Agreement between Chile and Central America, seeking to promote exports bound for the South American country.
Nicaragua and ALBA negotiate a People’s Trade Treaty
3-Sep-2010 SDP
Nicaragua and the South American and Caribbean countries that are members of the Bolivarian Alliance of the Americas (ALBA) are negotiating an integration treaty that covers economic, trade and political issues.
Venezuela and Nicaragua progress on food security, refinery, and public health
16-Apr-2010 Venezuelanalysis
Venezuelan and Nicaraguan officials met in Managua on Wednesday to deepen bilateral economic ties with the goal of fostering import substitution, promoting Latin American integration, and creating an economic alternative to US-dominated free trade agreements. 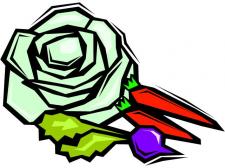 Nicaragua’s Peasant Movement achieves milestone on the road towards Food Sovereignty
21-Jul-2009 Grassroots International
tThe new law establishes a legal framework to regulate the participation of transnational companies and help local organizations and governments to restore local food culture and peasant agriculture despite the CAFTA-DR "free" trade agreement
Costa Rica denies blocking negotiation with EU
16-Apr-2009 Xinhua
On April 1, Nicaragua withdrew from FTA talks with the EU in Honduras as it failed to gain support of other Central American countries on the fund proposal for regional development, in which it suggested the EU accounts for 90 percent and Central America 10 percent. Nicaragua accused Costa Rica of demanding "in the last moment" to review the proposal.
Nicaragua refines plan to organize food company under ALBA
23-Aug-2008
The government of Nicaragua is working on a proposal on the role of the company "Gran Nacional ALBA Alimentos." Organization of the venture was agreed some days ago in Cuba by member countries of Petrocaribe, a Caribbean alliance with Venezuela to buy oil under special payment terms and conditions, DPA reported.
Taiwan, Nicaragua ratify free-trade agreement
12-Oct-2007 Monsters and Critics
Taiwan and Nicaragua ratified their free-trade agreement in Taiwan Thursday, further liberalizing trade.
0 | 20 | 40
Subscribe to bilaterals.org weekly