Canada-Brazil CEO forum to consider trade agreement with Mercosur
10-Aug-2011
In a show of the importance the Canadian government places on relations with Brazil and Mercosur the delegation includes four cabinet ministers and a cadre of business leaders. Canada has reiterated its interest in reaching a trade agreement with Brazil and Mercosur, which will be one of the main points of the recently created Brazil-Canada CEO forum.
Canadian Prime Minister Will Visit Honduras
7-Aug-2011
Prime Minister Stephen Harper of Canada plans to visit Honduras on August 12 to meet with President Porfirio Lobo. The trip, which is part of a tour to Latin America, which includes stops in Brazil, Colombia, Costa Rica, and lastly Honduras, will focus on developing economic and security ties and promoting democracy.
PM jetting off to Latin America to build trade ties
7-Aug-2011
Hopes are high that Stephen Harper can help build Canada’s trade with Brazil, the world’s seventh-biggest economy, as he launches a Latin American tour this weekend.
Canadians may pay the price of US Free Trade Agreement with Colombia
9-Jul-2011
The United States intends to offset the cost of entering into a new Trade Promotion Agreement with Colombia by imposing a $5.50 fee on Canadian and Mexican travelers to the US.
Tunisian free trade talks on the horizon
30-Jun-2011
Canada is expected to enter into negotiations toward a free trade agreement with Tunisia next year, and is looking at another deal with Qatar.
Global Insider: Canada-Japan trade relations
6-Apr-2011 WPR
Canada and Japan announced in February that they were formally studying the possibility of concluding a bilateral free trade agreement. In an email interview, Carin Holroyd, a political science professor at the University of Waterloo, discussed economic relations between Canada and Japan.
Rethinking trade with Panama
11-Mar-2011
It’s been a year and a half since Canada and Panama signed a free-trade agreement that creates important opportunities for Canadian producers. Parliament should ratify it. 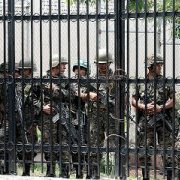 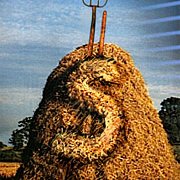 Canada-Morocco trade talks key to durum sales: CWB
28-Jan-2011 Reuters
Canada and Morocco said on Thursday they will start talks on a free-trade agreement, a deal that the Canadian Wheat Board says is vital to maintaining its sales of durum wheat.
Jordan-Canada FTA sailing smoothly in final process of endorsement
18-Oct-2010 Jordan Times
The free trade agreement between Jordan and Canada is moving through the Canadian approval process with very little resistance compared to FTAs signed with other countries.
0 | ... | 130 | 140 | 150 | 160 | 170 | 180 | 190 | 200 | 210 | ... | 300