Free trade with US a boom for elites, a bust for most: report
27-Dec-2007 Canadian Press
Canada’s 20-year-old free trade agreement with the United States has not lived up to its billing and the promises of its proponents, says a new report that seeks to debunk the conventional wisdom that the deal was the best thing for Canada since sliced bread.
Ontario, Quebec seal free trade
27-Nov-2007 Canada.com
Quebec Premier Jean Charest and his Ontario counterpart, Premier Dalton McGuinty, announced a plan yesterday to negotiate an interprovincial free-trade agreement.
Trade deal would be reward for Jordan’s moderate stance
14-Nov-2007 Embassy Magazine
Jordan’s Ambassador to Canada says free trade talks are a reward for his country’s moderation and peace efforts, but critics worry the government isn’t genuine in its trade relations.
Jordan, Canada to talk FTA next week
11-Nov-2007 Zawya
Jordan and Canada will commence next week talks over a proposed Free Trade Agreement, the Jordan News Agency, Petra, reported. 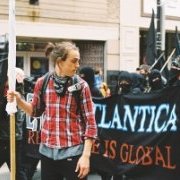 The rising tide: A proposed free-trade area promises to radically change Canada’s East Coast, but would it lift all boats?
23-Oct-2007 McGill Daily
"Atlantica" seems a rather fabulous name for something as unsexy as a trade initiative, but the tale of how it came to the activist community’s attention is nearly as mythic. 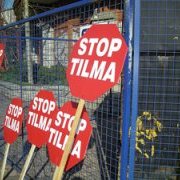 Free trade under fire in Canada
18-Oct-2007 Toward Freedom
Plans to deepen Canada’s embrace of trade liberalization and deregulation are running into new pockets of resistance. Following a flurry of news coverage and public debate around the Security and Prosperity Partnership, another wave of protest has risen over a new trade deal between British Columbia and Alberta: TILMA.
Middle class incomes further behind since trade deal
3-Oct-2007 NDP
On the eve of the 20th anniversary of the negotiations of the Canada-US Free Trade Agreement, NDP International Trade Critic Peter Julian presented his analysis of the new figures from Statistics Canada that show a drastic increase in income inequality for most Canadian families since 1989.
Canada hopes for free trade debut
19-Sep-2007 Telegraph
Even as the Congress and the Left parties stake the future of the UPA government on how close India should get to the US, neighbouring Canada is deftly stepping into the breach.
Bilateral deals abound as APEC leaders talk Doha
13-Sep-2007 Embassy Magazine
Vietnam, Singapore, Peru and South Korea are just some of the countries Canada is discussing various trade deals with, despite saying the WTO talks are its priority.
New free trade talks to start later this year
21-Jul-2007
The Caribbean’s chief trade negotiator says discussions on a draft for a new free trade agreement between Canada and the 15-member Caribbean Community (CARICOM) will begin later this year.
0 | ... | 200 | 210 | 220 | 230 | 240 | 250 | 260 | 270 | 280 | ... | 300