EU-China comprehensive agreement on investment: A scoping study
16-Dec-2020 Heinrich Böll Foundation
Given China’s unique position, the study concludes that the EU must ensure that particularly strong protections for EU regulatory policy space are included in any future investment deal.

EU and China set for further investment talks as end-of-year deadline for deal looms
15-Dec-2020 South China Morning Post
The latest round follows straight on the heels of ‘intensive’ talks. Negotiators hope to reach agreement by the end of the year, but issues such as market access remain a stumbling block. 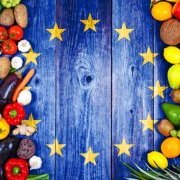 EU agri-food products to be protected in China against misuse and imitation
29-Oct-2020 The Financial
European Parliament should back the deal between the EU and China that would protect 200 European and Chinese products, said the Trade Committee on Tuesday. Chinese business wants less EU red tape
25-Sep-2020 Euractiv
The Chinese business community in Europe would like to see less ‘red tape’ and regulatory barriers for its firms on the bloc, but is also open to the idea of offering further opportunities for EU business in China. 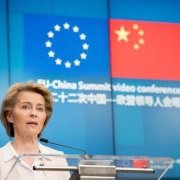 China-Germany-EU leaders’ meeting charts course for development of ties amid COVID-19 pandemic
17-Sep-2020 CCTV English
During the meeting, the Chinese and EU leaders stated their commitment to speeding up the negotiations of the China-EU Bilateral Investment Treaty to achieve the goal of concluding the negotiations within this year. Are EU-China trade relations at a crossroads?
16-Sep-2020 DW
European leaders were angry about Xinjiang camps and the Hong Kong crackdown. A long-awaited EU-China summit produced sharper rhetoric but nothing substantive as the bloc struggles to find a coherent approach to China.